Have you seen Bigfoot? 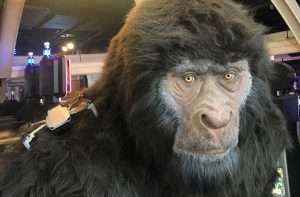 Maybe you need the help of a drone

What do Bigfoot, Girl Scout cookies, soccer, Michael Jordan, police and s’mores have in common? They all have been the subject of recent news stories involving drones, technically called small Unmanned Aerial Systems by the Federal Aviation Administration. Although drone operations and sightings rarely generate much news in Gilpin County, they are creating a multitude of headlines around the country. Among the many reports:

You can actually see an artist’s rendition of a life-sized Bigfoot sculpture and other related photos at the Sasquatch Casino in Black Hawk. Souvenirs and other likenesses also can be spotted and purchased at the Sasquatch gas station located at the bottom of the Central City Parkway along I-70 east of Idaho Springs. If you snap a photo of an authentic Bigfoot anywhere in the Gilpin County area – whether it’s from a drone or conventional camera – please email it to the Weekly Register-Call.

“Age of Drones” is an occasional feature, explaining how this evolving technology is having positive impacts on businesses, government, and humanity.

END_OF_DOCUMENT_TOKEN_TO_BE_REPLACED

ShareTweetShare on Google+Pin on PinterestSend with WhatsApp
14 recommended

END_OF_DOCUMENT_TOKEN_TO_BE_REPLACED

Benefitting the county, schools, and much more By Don Ireland   This year marks the 30th anniversary of casinos opening in the former little mining towns of Black Hawk, Central City and Cripple Creek, Colorado. In those early years, smoking was allowed inside ... END_OF_DOCUMENT_TOKEN_TO_BE_REPLACED