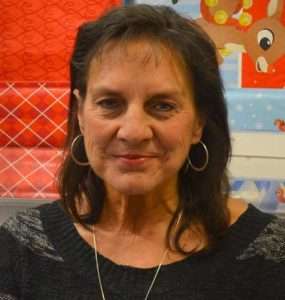 When you think of a first responder to the scene of an emergency, who comes to mind? A sheriff’s deputy, an ambulance worker, perhaps a paramedic? How about a rural mail carrier who not only delivers, but performs deliverance – not once, but twice?

Leslie Green of the Black Hawk post office was out in her white Honda CRV on her regular route across from Taggart’s convenience store on Thursday, November 13. As she delivered mail at one home, she saw a boy running down the driveway. Leslie presumed the 12-year-old was simply out fetching his family’s mail. When he ran past the box and frantically flagged her down, she knew something was not right.

“He’s a couple boxes down from here,” the boy said urgently.

Leslie hurried with the youth and found the gentleman face down in the road. He had gone to the bus stop to walk his grandson home and wasn’t feeling well, so he told the boy to run on ahead home. Then the man collapsed.

Leslie used her cell phone to try to call 911, an iffy proposition at best in Gilpin County’s areas of spotty reception. Miraculously, the call went through.

The 911 operator directed Leslie to turn the man over, which she did, handing the phone to the grandson so he could relay instructions to Leslie.

The grandfather had some vomit coming from his mouth. Leslie was instructed to try to sweep it out, which she attempted, getting some of it swept away. She was relieved that he was breathing and beginning to move. By that time, Gilpin Sheriff’s deputies and Gilpin Ambulance arrived to take him to the hospital.

Deputy Christian Martin waited with the boy, who was shaking with fright and stress. Leslie gave the youngster a comforting hug while a second deputy called the boy’s parents. They quickly arrived and were united with their son. Leslie spent about an hour at the crisis location before resuming her mail rounds.

The family expressed their gratitude to Leslie in a letter afterward, which they left in their mailbox for her to find.

“We don’t know your name,” they wrote, “but we thank you from the bottom of our hearts. We will never be able to repay you for your kindness. It means a lot to our family. If not for your kindness in helping our son, we would have lost his grandpa.”

Leslie is humble about the role she played, giving full credit to everyone else – the grandson, the 911 operator, the deputies, and the ambulance staff. “I was just in the right place at the right time,” she insists. “Anyone else would have done the same.”

The family was unavailable for comment for this article.

Meeting someone at an accident scene is not the most pleasant way to make a new friend. Nevertheless, Leslie made a lifetime friend in Joe Depillo, who calls her “his angel.”

On July 7, 2004, Leslie was making her way down Highway 46, Golden Gate Canyon Road. She had passed the Justice Center and the Gilpin County Fairgrounds and was coming around some hairpin turns, when she saw two deer. Going around them, she noticed a man lying on his back by the side of the road, one arm in the air.

“I went past him,” Leslie relates, “and then backed up. I found out that he had missed the deer, but went down the embankment and hit a tree.”

The man, who was Joe Depillo of Fort Wayne, Indiana, had managed to make it back up to the road, where he collapsed.

Leslie was working that day, but she waited with Joe until an ambulance arrived. The ambulance then rushed Joe to the fairgrounds with life-threatening injuries, where Flight for Life arrived and transported Joe to St. Anthony Hospital.

Then it was back to work for Leslie.

Joe tells of the incident from his own perspective. “I was out here from Indiana on a motorcycle trip with some friends.” The friends had gone separate ways, and Joe was on his way from Estes Park to Golden to stay with some other friends there.

He recalls the deer in the road. “I swerved to avoid them, but I was a little far to the left and crossed the center line, going down an embankment. It was a pretty good drop.”

Joe ended up flying off his motorcycle and hitting a tree. “Not to be gross,” he says apologetically, “but it was like the Coyote in the old Roadrunner cartoons – I slid down the tree.”

He had his helmet on, but was knocked out and later came to consciousness on his hands and knees with severe pain in his side. He checked himself for external injuries and blood, but nothing was apparent. He was alone, and no one would have been able to see him. He knew it was up to him to somehow make it to the highway. Sheer adrenaline forced him to the top, where he collapsed and lay on the side of the road.

After a few minutes, he heard a car. He raised one arm and waved, and the car stopped. Joe heard a window roll down. Then his heart sank as the car began to drive away. Then it stopped and backed up, and Joe heard a door open.

“This was about 2 p.m., I think,” Joe remembers. “The sun was high, and as I looked up, I could see a silhouette of someone above me. The sunlight was around her head, like a halo. She looked like an angel.”

Leslie asked if he was okay, and he said no, that there had been an accident and he was in pain. Another car came, and Leslie stepped into the road and flagged it down. In the car was a woman and her husband. The husband drove to where he could call 911, while the two women stayed with Joe. Joe told them that there was identification and contact information with his motorcycle, so Leslie hiked down the embankment to retrieve it.

Ambulance personnel took the information to give to the hospital, and Joe was transported by airlift to St. Anthony, where he was to stay for the next three and a half months. Joe had a total of 17 surgeries, 15 of them at St. Anthony. Emergency surgery revealed that his stomach had been torn off of his intestines and his liver cut nearly in two in the crash. With those injuries and a resulting infection, doctors gave him a one percent chance of living.

Thankfully, despite the grim prognosis, Joe did live and made it home again. In fact, the company he works for, Exelis Aerospace, sent a Gulfstream jet to pick him up and bring him back to Indiana, where he underwent two more surgeries for abdominal reconstruction.

Life resumed again for Joe and his wife and two daughters, but Joe couldn’t forget the “angel” who stopped to help him. Multiple efforts to find her were of no avail. Finally, about a year after the accident, Joe made a trip to Denver and met with his friends Scott and Brenda in Golden. He told them his efforts to find his rescuer had been in vain.

Scott recalled that Leslie had called to notify him of the accident, and he had written her phone number down and left it with other friends. Joe reached them, and they still had the number. When he tried calling it, he found himself speaking with a post office supervisor, who had Leslie call him back, and the connection was made.

Joe and his family knew they had to meet Joe’s angel. In 2006, Joe and his wife and two young daughters made a trip to Colorado and had an emotional meeting with the person who helped save Joe’s life. The two families have kept in contact ever since.

Joe says he doesn’t believe in coincidence. “I’m a spiritual person,” he says, giving credit to God for prompting Leslie to stop. He is thankful that she listened.

He states, “She put herself in harm’s way, with no idea what she was getting into. For all she knew, I could have been waiting to hurt her.”

Joe still experiences some discomfort, but acknowledges his blessings. “Life is beautiful,” he says. “I am grateful for every day.”

The Weekly Register-Call thanks Postmaster Beverly Hill for calling this to our attention. She believes Leslie deserves recognition for her heroic efforts, and we agree.

Again, Leslie is modest. “I was the first to respond, but everybody had a role to play. The adrenaline kicks in, and you don’t think about it, you just do it.”

We are thankful for the presence of this 18-year veteran of the post office in our area. With her on the job, we know we’re all a little safer.

END_OF_DOCUMENT_TOKEN_TO_BE_REPLACED

Where the dead get to tell their story By Jaclyn Schrock On Saturday, August 21, the Gilpin Historical Society held their annual Cemetery Crawl. Tickets allowed the shuttle of hundreds of guests from the Teller House parking lot to the Cemetery. Depending on v... END_OF_DOCUMENT_TOKEN_TO_BE_REPLACED