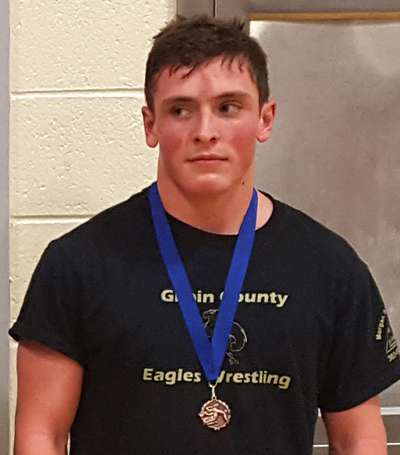 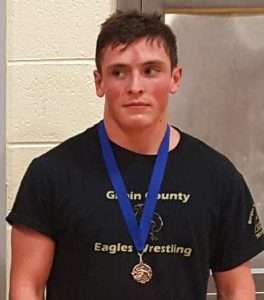 As an athlete, Gilpin High School Junior Josh Trujillo is progressing in leaps and bounds. So says Coach Pete Morgan after Trujillo wrestled to near perfection Saturday, winning third place at the Lyons Wrestling Invitational at Lyons High School.

Trujillo was joined by teammate Mike Wenholz in Lyons, while a full slate of youth wrestlers competed that same day at the Adams City Metro Junior Wrestling Tournament.

Ryan Hanssen turned in the best performance for Gilpin’s youth team with a second-place finish in the U-10, 73-76 division. Hanssen lost only one match, winning all of his others by pinning his opponents. “Except for one boy, Ryan dominated everybody he faced,” said Morgan

Still, the day’s stellar performance was turned in by Trujillo, in the 145-pound bracket. He defeated Logan Hawkins of Erie, 11-6, before facing top-seeded Quentin Jiner of Weld Central. “The match was absolutely even until the final seconds,” said Morgan. With the score tied 1-1 and seemingly headed to overtime, Trujillo attempted a bold move to take down Jiner, but it was too much of a reach. Jiner got behind him to score a take-down and win, 3-1.

Trujillo responded strongly, finishing off Caden Silva of Skyline by pin at only 2:21 of their match and securing third-place with his second victory over Hawkins, this time a 15-4 major decision.

Wenholz’ day in the 113-pound bracket did not last as long. He lost his opening match to Bernardo Chavez of Weld County and ended his day with a narrow, 11-9 loss, to Jonathon Herrera. Wenholz’ opponents finished second and fourth, respectively.

“Today the team had a rough day overall. We fought in some very difficult brackets,” said Morgan. “Our most recent practice, on Thursday, I thought was our best of the year. So sometimes the actual results of a single day do not show the improvement we see in the boys.”

Brandon Robinson (U12, 76-83) was the only other Gilpin wrestler with multiple victories (not including forfeits). He pinned Miguelito Salazar of Adams City at 2:04 of their match, and made even quicker work of Mile High’s Parker Daugherty in 1:23, finishing fourth.

Sechler was the only third-place finisher for the Eagles, achieving this in his final match of the day with a 14-12 decision over Denver North’s Izaiah Benavidez. 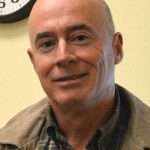 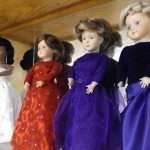