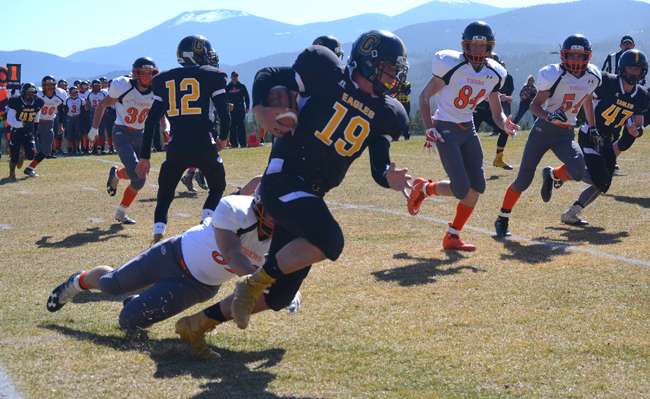 Lady Eagles meet with disappointment on the court

Gilpin Eagle fans held on through a bitingly cold, blustery October 14th afternoon to cheer their team to a 38-0 conference win over the Hayden Tigers in the final home game of the season. The victory brings the Eagles to a 6-1 record, 3-0 in league action. The Hayden Tigers now hold a 4-3 record.

Their sixth straight win helps Gilpin keep pace in the standings with undefeated West Grand, which holds a 7-0 record. The Eagles will travel to West Grand on October 27; the teams have clashed each of the past four years, Gilpin winning the first year and losing the past two years.

This weekend, Gilpin visits Rangely, which has a weak 1-6 record.

#19 senior Austin Boulter once again earned his place as overall and defensive Player of the Game, with 258 yards rushing, 4 touchdowns, 2 conversions, 9 solo tackles, 3 assisted tackles, 3 tackles for a loss, 1 sack for a 9-yard loss, and 1 quarterback hurry.

#18 freshman Stephen King was named offensive Player of the Game. In a surprising and spectacular play early in the third quarter, he broke through several tackles to rush 49 yards for a TD. He rushed for 103 total yards.

First half highlights included a touchdown by Boulter and conversion by Gomez during the first quarter. At a little over 9 minutes left in the second quarter, Boulter followed up with another TD, although the conversion attempt was no good. On Hayden’s possession, the QB passed to his man; Ball intercepted the pass, but a penalty call on Gilpin led to Hayden retaining possession and marching down to the 14-yard line. The Eagles were able to prevent the Tigers from scoring and gained possession shortly before the half. The score at the half was 14-0 Gilpin.

The second half proved exciting for Gilpin, with King’s TD run and conversion for 8 points to bring the score to 22-0. Boulter quickly followed with another touchdown and conversion, and Ball snatched another interception for a 7-yard gain. The Eagles finished the game with a final TD and conversion by Boulter.

Manny Gomez was another outstanding leader, with 9 solo and 6 assisted tackles, followed by Ball with 8 solo and 3 assisted. The Eagles made 76 total tackles, compared to 31 for the Tigers. Deven Moore, Jake Duncan, Jaime Alexander, and John Immordino all got QB hurries, and Duncan and Immordino each sacked the QB. Immordino also caused 1 fumble. Angel Gomez defended 2 passes, and Josh Trujillo defended 1.

Gilpin’s varsity volleyball squad battled two talented teams last week in league matches, suffering disappointing 0-3 losses in both contests. Gilpin players have generally put in a good performance this season; they have a winning overall record of 10-7 and a league tally of 5-5.

Gilpin played Deer Trail on Wednesday, October 18; results will be published in next week’s edition of the Weekly Register-Call. Deer Trail’s record is 3-10 for the season.

The Lady Eagles faced off against the Dayspring Christian Academy Eagles of Greeley (DCA) on October 10 on DCA’s court. DCA has won 14 of its 16 matches this year and are 7-2 in its league showing. Gilpin’s efforts were literally blocked by their DCA rivals, who came in with 12 solo and 11 assisted blocks compared with the Lady Eagles’ 2 solo blocks, both by Nicole Adams. Gilpin athletes were held to 16 kills; Alex Martin led her team with 6. DCA managed 35 kills. Aspen Nadeau and Kasen Nelson each contributed 12 digs to the Lady Eagles’ total of 47. DCA was close with 44 digs. Cicely Lepro led Gilpin in assists with 12 of the team’s total of 13, while DCA had a total of 29. Martin had Gilpin’s lone serving ace. Gilpin was generally on the receiving end of the game, with 50 serves received, led by Nelson with 20.

Denver Christian Thunder rumbled over the Lady Eagles the next evening, October 11, at Gilpin. The Thunder boasts a 14-3 overall record, 9-2 in league matches. Nelson slammed 6 of 17 kills for the Lady Eagles; Denver Christian tallied 29. Adams came in with 3 solo blocks, compared with the Thunder’s 3 solo and 4 assisted. Gilpin worked hard on digs, Nelson getting 16 and Nadeau following with 12 to help with the team’s total of 59. Denver Christian had 41 digs. Lepro again had 12 ball handling assists. Nadeau received 25 serves. 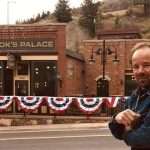 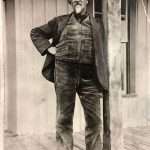