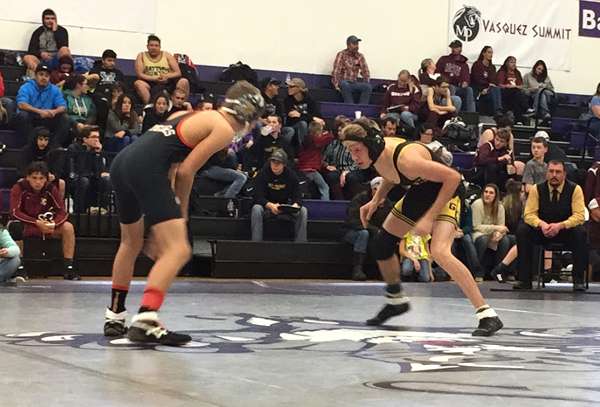 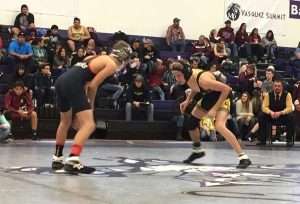 Last Saturday, December 1st, marked the first tournament of the season for the Gilpin Wrestling Team. This tournament had many larger schools and a very high level of competition. After much hard-work and preparation, they started off the season with a quick win by Triston DiPasquale against Taylor Pittser from Hayden High School. This event would set the team up for a number of wins that day.

Kamron Brewers first high school tournament was an extraordinary success. The first being against Kyler Campbell from Hayden High School, one of his quickest pins at one minute and thirty seconds. His next match, against Dustin Neal-Murphy from Middle Park High School, was another win for the aspiring young wrestler. He ended strong with a placement of second in his weight division of 113 lbs.

Last comes junior Mike Wenholz, his first time back at Middle Park since his freshman year due to a broken leg in football. His first match against Angel Dominguez from West Grand High School set him up with his first win of the tournament. His second win was against Caden Cardie from Faith Christian High School. These two wins set the third year wrestler up for placing second in his weight division of 132 lbs.

Overall, the tournament shows promise for a great future season. The team is back in for practice, preparing for their next tournament this Saturday, December 8th, in Limon, Colorado. 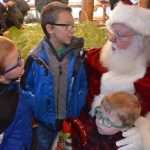 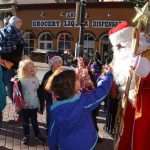