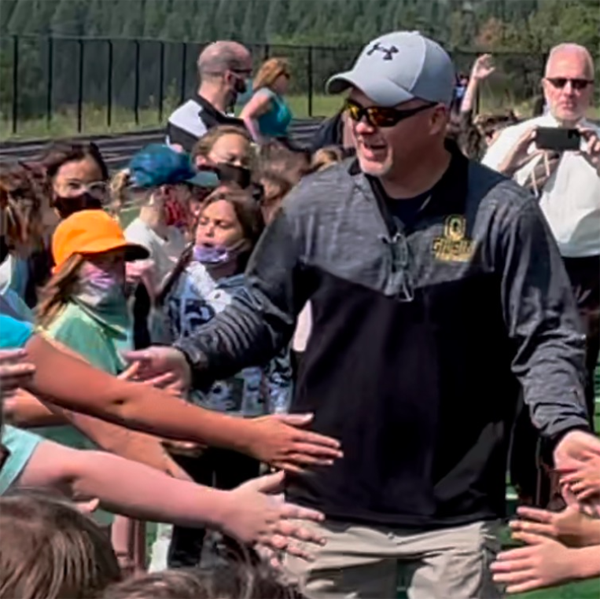 Gilpin County School students and staff gave School Resource Officer (SRO) Lee Ramsey a fine farewell with an assembly on the football field behind the school. Officer Ramsey, or just “Lee” as many comfortably refer to him, was originally a student of Gilpin. Maybe it was growing up in the high country that gave Lee a special concern and drive to serve and protect. Whatever it was, from the moment you met him you knew he would go the extra mile to ensure everyone and anyone’s safety and security.

If there is a role model for young people to follow in Gilpin it is Lee. He began his public service as a volunteer firefighter and EMT. For 21 years he has worked for the Gilpin Sheriff’s department and served as Gilpin County School’s SRO for eight of them.

Secondary Principal Alexis Donaldson recognized Lee as someone whose number one mission is to protect everyone, and never to intimidate. Lee was a master at building individual relationships with students while at Gilpin. Donaldson mused that he would learn slang words, participate in silly games and dances during pep rallies, and take walks with elementary students to calm them down.

At his farewell event Lee encouraged High School students to volunteer in their communities. This was preceded by Superintendent Dr. David MacKenzie sharing a long list of accomplishments focused on safety and security, which included leading the school crisis response team to implementing improved safety drill and lock out/lockdown protocols, along with school safety improvements like creating contained spaces with safety doors, adding safety film to all lower level windows and adding cameras to monitor the school grounds.

Lee also improved the school grounds by designing traffic patterns for parking lots with added exterior lighting, as well as single handedly adding the rock landscaping around the flag pole and on either side of the steps in front of school one summer.

Lee will be hard to replace, but the school body will enjoy thinking of him in his new home on the east coast of Maine.

In his absence the school welcomes new Senior Resource Officer Melissa Sternlicht. Everyone will miss Lee, but also think it is about time he got out of Gilpin to see the world! 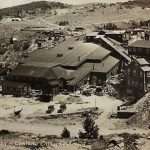 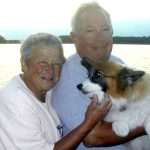