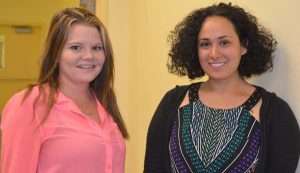 The Gilpin County Board of Education met on Tuesday, September 1. All Board members were present: President Craig Holmes, Brook Ramsey, Charlotte Taylor, Kersten Armstrong, and Steve Boulter. Superintendent David MacKenzie and Interim Secretary to the Board Michelle Herrera-Welch were also present.

The sports teams are up and running. The varsity football team trounced Sanford 30-6 in an away game last week. The team plays Rocky Mountain Lutheran at home this Saturday at 1:00 p.m.

Installation of electricity in the concession stand on the football field is nearly complete, and the Booster Club will have a refrigerator and microwave to work with during the games.

Members of the District Accountability Committee (DAC) presented their report for 2014-15. The charges given to DAC from the Board for the year concerned the Teacher and Principal Effectiveness Evaluation Model and Process (SB 191); the Unified Improvement Plans for Elementary, Secondary, and the District; nutrition and wellness; nurturing students’ ownership of their educations; gifted and talented program delivery; and graduation requirements and college preparedness. The first three items were kept on as charges and approved by the Board.

Chair Mary Sonsino advised that Food Service Director Jane Yerkman had addressed the DAC on the Colorado Department of Education’s requirements for the food program. Sonsino is to follow up with Yerkman for an update on how things are going since the food service’s audit last school year. Additionally, PE instructor Aaron Moran had discussed the wellness program and suggested some activities, such as a Pickle Gulch run and Presidential run. These were apparently not implemented, and Sonsino recommended meeting with Moran earlier this year and doing more to follow up with these ideas.

The gifted and talented program delivery had also not progressed as hoped.

Holmes advised that DAC’s input into the school’s budget was important. Due to lack of time to digest budget information, the DAC had made no recommendations for 2014-15. Taylor advised that budget information is contingent on when the state legislature provides the school with the legislature’s information. “Our final numbers are provided by the state,” she said. “We’re at their mercy.” Holmes recommended having a preliminary discussion about the current year’s budget, even before all figures are available.

The Board accepted a resolution cancelling the regular biennial school election, which was scheduled for November 3. Three offices on the Board were to be filled, and present members Kersten Armstrong, Craig Holmes, and Brook Ramsey all had nomination petitions with sufficient signatures to qualify as candidates. There were no other candidates for the positions as of the September 1 deadline to declare candidacy. State law authorized the Board to cancel the election and declare the candidates elected. Michelle Herrera-Welch was the designated election official and was authorized to take all necessary steps to cancel the election.

Charlotte Taylor, board member, changed hats and assumed her role as Exalted Ruler of Central City Elks Lodge #557. On behalf of the Elks, Taylor presented a donation of three American flags to Superintendent MacKenzie for the school. The donation was part of the Elks’ Americanism charge, which Taylor said is a major part of their service to children and military veterans.

MacKenzie reported that the first round of interviews for the receptionist/secretary to the Board position is scheduled for September 9.

Food Services Director Jane Yerkman is running a notice in the Weekly Register-Call regarding the free and reduced lunches.

September 11 will be a professional development day for the teachers. They will have two courses to choose from and will also have work sessions.

The student enrollment is now 451, which is up by 17 students from last spring.

There are two traditional preschool rooms and two Montessori preschool/kindergarten rooms. The teacher-student ratio for these is 1 to 8, and there are still spots available for students. The traditional kindergarten class has 18 full-day students.

Students and staff participated in a fire and evacuation drill on August 13. The Safety Committee will meet on September 16, October 21, February 17, and April 20.

Several staff members had trained on Infinite Campus (IC) and learned to use the voice mail, texting, and email features. The school had been running redundant systems, and staff members are now trying to get everything on IC. MacKenzie said parents may go into their IC portal to request the texting option for messages and to update their accounts with their contact information. He added that they still do not have everyone added to the system.

MacKenzie also discussed the “point of sale” program on IC. This program enables parents to go on IC and pay school fees, such as for lunches and athletics. These will be kept separate from the school’s general fund. He hopes to have this program running by October 1 and said the present system will be used until then.

Lighting and Other Improvements

The football field is being prepared to welcome spectators and visiting teams. An electrical line from the scoreboard out to the field concession stand is in progress. The outdoor lights on the cabin and the bus barn have been upgraded to improve night coverage in the parking area and the steps north of the school.

Rock has been delivered to the main entrance area by the flagpole to finish off the landscape plan and to provide erosion control.

All Chromebooks for the secondary students have security software installed, and the school is compliant with the law. The school is monitoring two different software security programs on the Chromebooks. Both programs allow monitoring of student use down to the individual Chromebook in order to see all student internet access. “Big Eagle is watching,” MacKenzie said.

Wi-Fi at the Cabin

Boulter asked whether it would be possible to install wi-fi at the cabin on the school’s campus, where the wrestling team practices. Boulter had been approached by a couple of the coaches, who mentioned that it could be used to help them watch films for football and wrestling. MacKenzie responded that a receiver and transmitter would be needed and could be installed in-house. He said the school has wi-fi in every interior location on the campus, including the cafeteria, auditorium, and both gyms. Holmes agreed that it would be a nice benefit, depending on the cost. Board members suggested that the Booster Club or the Gilpin County Education Foundation could help with this cost. Armstrong questioned whether the Technology Committee could include it in their list of priorities.

END_OF_DOCUMENT_TOKEN_TO_BE_REPLACED

Benefitting the county, schools, and much more By Don Ireland   This year marks the 30th anniversary of casinos opening in the former little mining towns of Black Hawk, Central City and Cripple Creek, Colorado. In those early years, smoking was allowed inside ... END_OF_DOCUMENT_TOKEN_TO_BE_REPLACED