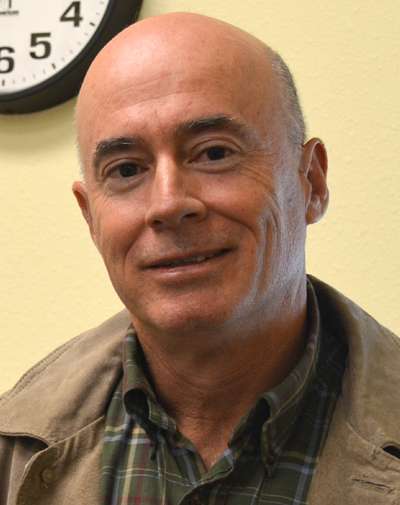 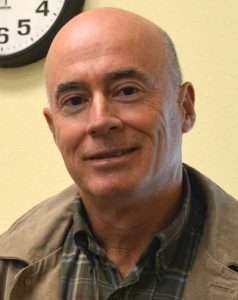 School board meets exchange teacher from “Down Under”

The Gilpin County Board of Education held its regular meeting on Tuesday, January 17, at 7:00 p.m. Craig Holmes, Charlotte Taylor, Kersten Armstrong, and Steve Boulter were the Board members present; Brook Ramsey was absent. Superintendent David MacKenzie, Secondary Principal Alexis Donaldson, Elementary Principal Heather Huntoon, and Secretary to the Board Gretchen Sechler were present.

MacKenzie expressed appreciation for a $1,000 donation from the Gilpin County Arts Association for the school’s arts department.

Exchange Teacher from “Down Under”

David Price has joined the secondary school as an exchange teacher from North Queensland, Australia. Price has exchanged positions with Sam Wardell, high school English teacher from Gilpin. Price came with his family, including his four children, ages 18, 13, 11, and 8, who are all in school at Gilpin.

He noted a few of the differences between his school in Australia and Gilpin’s school. He comes from a private school, where the students wear uniforms and have classes from 9:00 a.m. to 3:00 p.m., with a 45-minute lunch period. In contrast, Gilpin is a public school, with longer hours, a faster pace, and a short lunch break.

“We’re like hobbits there; we eat a lot!” Price said, bringing a laugh.

He enjoys the freedom of how the curriculum is taught here. “My wife believes it’s a stronger way of teaching. We follow the British model.”

He complimented the courtesy and maturity of the students, adding that Australian students are a bit more frank, with a rougher type of humor.

It has been exciting for him as a tourist, taking pictures of road signs and shopping for different foods to sample.

Price said, “It’s a different cultural experience, but it’s starting to be normal. Thank you for having us.”

Aiden Freeman and Ashley Parkhurst of Dusty Newberg’s freshman world history class are allowed to find history information on their own, which they find a fun and challenging way to learn. Their unit material is found on the TCI website, which Aiden and Ashley demonstrated. They gather notes and take reading challenges to test their knowledge. “Can you?” questions help them study for tests.

Newberg said this is a new curriculum and a new way of teaching, so she frequently asks the students for feedback.

The students are currently working on the Renaissance period in Europe, with a video project on whatever aspect of that period that interests them. Some assignments are completed individually, and some work is done with peers.

Several parents respectfully shared remarks during the public comment portion on potential school year schedule changes. Holmes prefaced the comments by stating, “We have no desire to change the schedule, but we have had queries. We surveyed parents about a possible change to a Tuesday-Friday schedule, and it was misconstrued on social media. 79 percent of the responses said to leave it the way it is.”

The District has a four-day week and is required to have 1,080 hours of student-teacher contact. This amounts to no less than 151 days. The current schedule provides four Monday holidays. The start of school in August and the last day of school are another matter to be examined.

“I’m a working parent and am not in favor of a change. I have to pay child care when I am at work,” Paula Fischer said.

Angie Manley agreed. “Corporate America’s Mondays are busy. We were horrified at the thought of having to have child care on Monday.” She asked for an explanation behind taking a half day off before the Christmas holiday. Gilpin currently has two half days that are taken off before holiday breaks, and the thought was that if students didn’t take those half days, that would give the school another full day on its schedule.

John Bushey thought a couple of days could be shaved off of Christmas break.

Bushey also had some comments about getting the sidewalk shoveled at the front entrance roundabout. “It was ankle-deep in snow last week. Now it’s icy. That’s a safety issue.” He added that when the front is not filled with snow, it is filled with sand, which should be swept so it is not slippery.

Holmes assured that the issue would be addressed. He went on to detail some of the District’s capital improvement plans pertaining to parking lot paving.

The public comment portion of the meeting concluded with Holmes encouraging, “Email us, or call. We appreciate feedback and don’t usually get it unless there is something controversial!”

While discussing new business later, MacKenzie related that he had received a parent comment about communication by email.

“We’ve been trying not to communicate by paper, but rather, electronically,” he stated. “We send email announcements every Monday and have been doing so for a couple of years, trying to get word out as best we can. I am open to hearing what parents would like for communication.”

Holmes responded, “We’re all busy. Someone looked at the announcement and didn’t read past the first couple of lines and concluded that we’re changing the schedule.”

Taylor said she hasn’t received any email notifications. As they are not placed on the website, she thought they could be put there.

Armstrong suggested that emails on non-emergency District issues could be sent out separately from the regular weekly announcements.

The schedule options will be prepared for the Board to review in a first reading at the February 7 meeting; then public input will be invited before a second reading at a later meeting.

The check vouchers, financial statement for December 2016, quarterly financial report for the fourth quarter of 2016, and the human resources’ report were approved. Business Manager Terry Scharg noted in her monthly memo that there is currently a concern related to the Residential Assessment Rate and its potential impact on school finance. The gist of Scharg’s memo is that there will continue to be school finance problems and less funding from the state, unless and until there is a change to the Colorado Constitution or a change in the funding formula.

There is now a contract for the south parking lot project. “We are on track to start on May 22,” MacKenzie said, “and we are on the verge of getting the RFP (request for proposal) finalized.”

Teachers participated in professional development on January 2 and 6, including implementing games in instruction and using an Escape Room in instruction. The library was used as the Escape Room, in which students received physics and pre-calculus clues and had to find their way out.

Seniors Rachel Schmalz and Nick Raez will be the class valedictorian and salutatorian.

The Lexia Lab, an intervention method, is running smoothly, with 43 children in the program.

“Teachers Teaching Teachers” has been an effective model in bringing improvement, MacKenzie said. Next steps are to address rigor, engagement, and differentiation.

The ceiling in the boys’ locker room in the old gym has been repaired. The concrete floors in both boys’ and girls’ locker rooms have been repainted.

The Board approved the school closure of January 5 due to inclement weather.

Board member Taylor will attend the 2017 Winter Legislative Conference of CASB (Colorado Association of School Boards) at the Brown Palace February 23-24.

Gilpin’s Trujillo wrestles to near perfection
Leave a comment