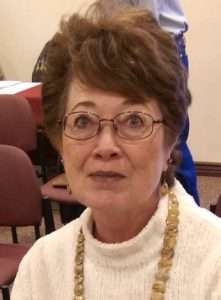 Ron Engels called the meeting to order at 9 am. A review of the agenda showed that Monday a request to discuss a personnel matter was added to the Executive session after the meeting’s adjournment, and that broadband grant application preparation would then be conducted in a work session. Many department heads and frequent staff who provide the Commissioners with valuable input were in the audience.

Huffman had also acquired estimates for furnishings in some offices in the Old Courthouse. As the old customer counter was removed in the Treasures Office during renovations there, it became apparent that it could not be restored for use. Huffman sought a replacement for the counter and other office furnishing needed with the upgrades seeking to remain historic in appearance. She presented her findings of estimates, which went about $13,000 over the budget for such needs. At a previous Commissioners meeting, it was requested to replace the Treasurer’s counter with a stone top to match the heritage of the building. That proved to be very costly, so alternative materials will now be considered that are durable and still present an original appearance. The next items of concern were the hall carpet runners, and clear mats to go under the staff chairs with wheels so as not to damage the new wood flooring. This was postponed to find some alternatives, seeking three bids since it would be over the $5,000 maximum as specified in Gilpin County purchasing practices. Also, the runners have already been budgeted in another category with flooring. Huffman’s efforts were greatly appreciated as this budget category was not contracted in original plans. The next step was identified to follow procedures with the county, so no Board action was taken.

Craig Connell and Gordon Thompson of the Public Works Department presented an annual accounting of roads for tax purposes, which was confirmed to be the same as last year so was motioned to approve the certifications and sign the documentation.

Community Development Director Stephen Strohminger presented information regarding Roosevelt Ridge which has some lots that needed to have developments rights moved from some lots to another. Originally, this was approved one way in 2005, but today it was approved another way for possible development purposes. The measure passed after short discussion.

Executive Director Linda Underbrick spoke to the Board as Gilpin Ambulance Authority Chief Paramedic Brandon Daruna facilitated a laptop presentation for the Board. Underbrick began with the needs of trauma care that had been unmet by a 16 year old who died in Colorado, prompting regional trauma care legislation and funding for rural areas in 1997. Our Foothills regional group for RETAC includes Clear Creek, Gilpin and Jefferson County. The Advisory Council determines the needs of the area to provide services, educate the community in preventions of trauma and plans in place for emergencies. No Board action was needed as Underbrick was just making them aware of services they provide the regional county group.

There were no updates from County Attorney Jim Petrock. His counsel was requested and given on a number of procedures and items discussed, as well as in Executive Session.

Commissioners gave notice of the next two meetings in February for the Board on Tuesday, the 6th and 20th. There was discussion of many other meetings the board members have scheduled and frustration was expressed with not be able to provide Commissioners with enough notice to plan to attend. Our Commissioners are certainly doing all they can to cover the needs and plan ahead for Gilpin County. CCI, County Commissioners of Colorado has our Commissioners facilitating many opportunities and effectiveness, while taking much time to do so.

County Manager Leslie Klusmire began with a verbal run through of County Departmental Reports. Interim Human Services Director Karen Erdman answered questions about numbers of individuals who received transportation for meals and medical needs. Interviews were said to be scheduled for Monday for candidates as new Human Services Director. Klusmire went through the list of ongoing projects that all seem to be progressing, specifying few new details. The only notable exceptions were receiving RFP proposals for the hot water issues at the Justice Center. The dates for the pool closure and improvements at the Community Center is to be the week after Spring Break so it can still be used during a time of normal high demand.

Regarding the allocation of space at the Apex Facility, it became apparent that there was a need for more office space and less space needed for storage. There was considerable discussion made about this concern by multiple Gilpin Department Directors. The Board wanted to let those involved come to agreements rather than making decisions without having all the information from those not in attendance today.

Adjournment occurred at 11:15 am. The board had a work session scheduled to prepare the application for Broadband Grant opportunities to improve internet services to the health center first, and hopefully the community as well. An Executive Session was of high priority to pursue resolution of a personnel matter advised by County Attorney Jim Petrock.

The next Board of County Commissioners Meeting will be 9 am February 6, 2018 in Central City Hall, 141 Nevada Street, Central City, Colorado.

END_OF_DOCUMENT_TOKEN_TO_BE_REPLACED

Where the dead get to tell their story By Jaclyn Schrock On Saturday, August 21, the Gilpin Historical Society held their annual Cemetery Crawl. Tickets allowed the shuttle of hundreds of guests from the Teller House parking lot to the Cemetery. Depending on v... END_OF_DOCUMENT_TOKEN_TO_BE_REPLACED