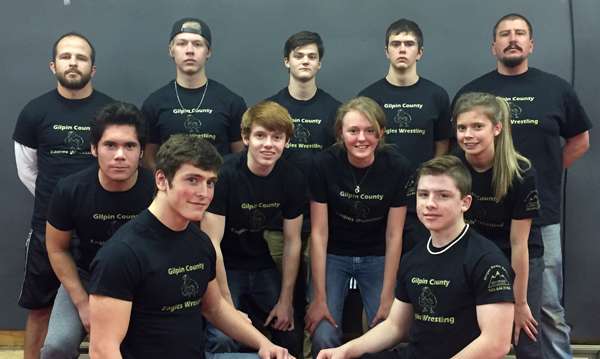 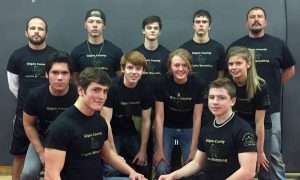 Winning over 75% of matches

The Gilpin High School Wrestling Team is now two weeks in to the 2017-2018 season and the hard work is paying off. So far Gilpin Wrestlers have won over 75% of their matches and every wrestler entered has placed at both tournaments wrestling against mostly larger schools who compete at higher classifications. The truth is however that you can’t just show up when the season starts and expect to compete, our season began the day after the State Championship ended last February.

The team continued to practice, lift weights, and to pick up competitions and new wrestlers throughout the winter, spring and summer. It was at an open tournament at Erie last March that we first met our new future assistant coach Ryan Stewart who convincingly defeated incoming senior and state qualifier Josh Trujillo twice that day. Other notable highlights from the offseason includes teaming up with Palisade High School to form a dual team at the Paonia Duels, wrestling at the Colorado School of Mines every Thursday night last summer for their open league, and practicing with the CSU team in July.

In all, returning wrestlers Josh Trujillo and Mike Wenholz got over two years’ worth of high level competition matches in roughly five months. So far, Josh Trujillo is undefeated and has not been significantly challenged to date, we will have to wait until January to see how much Mike Wenholz has improved following a very successful winning season as a freshman. Mike suffered a broken leg during a football game in October. The other major addition to the team from the offseason was the addition of Ryan Stewart as Assistant Coach.

It just seemed that everywhere we went, Ryan was there, sometimes as a wrestler, but primarily as an assistant coach to 5A Mountain Range High School. What set Ryan apart was that he was not there because he was paid to be there, he was there because of his passion for wrestling and his love for the sport. We talked him into making the switch from Mountain Range during the last night of the summer league at the Colorado School of Mines. Ryan Stewart is currently in his third year at Metro studying for a career as a PE teacher and a coach. He brings a level of enthusiasm, knowledge and leadership that has elevated the bar and has made us better.

Regarding this season, there are some major changes to the sport and the Gilpin Wrestling team is changing with the times. First of all, the singlet has been the only uniform option in Wrestling since 1970, now it is only an option. Our team has chosen to wrestle in fight shorts and compression tops, which is one of 19 now legal variations. Second is the explosion of Girl’s Wrestling. Girl’s participation in wrestling has doubled from last year, there are now six girls-only tournaments, next year there will be a full slate. Our girls have practiced and picked up exhibitions so far, but will be attending their first all-girls tournament in January.

Many of our wrestlers are just beginning their journey and are being added in to official competition as the season progresses. In the sport of wrestling, there is no place to hide, one is either prepared or not, the regular season is a wonderful time in which we get to show off all of our hard work and preparation and our fun has begun.

The Gilpin County High School Wrestlers will be hosting a tri meet on Wednesday December 13th against Estes Park and Middle Park and will be attending the Sheridan Invitational on Saturday December 16th in Denver. 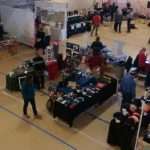 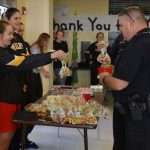