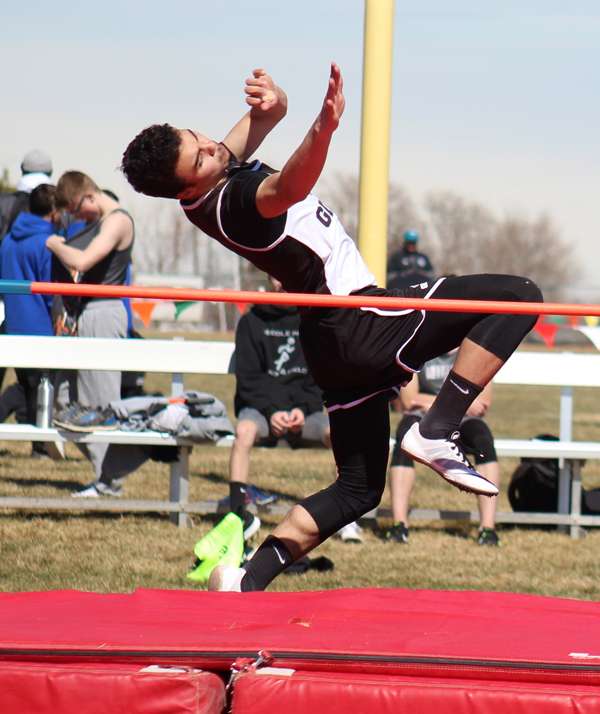 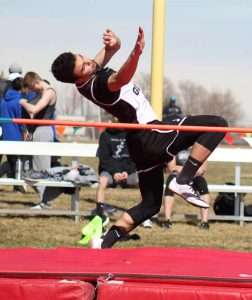 Basketball awards, baseball and track seasons off the starting block

“This is a great group of student athletes,” Head Coach Paul Hanson said. “We are all proud of what they accomplished this year, on and off the court. Our guys earned a lot of respect in our league this season, with their six league wins and their ability to compete on any given night. They also proved that they can battle with any team on the schedule. The highlight of the season was an awesome win in a home playoff game. The boys were heroes in that game.”

Hanson emphasized three things to the players – effort, concentration, and teamwork, stating that those are things that they can always do and control.

“You may not have the best shooting night, but you can always demonstrate effort, concentration, and teamwork. We did that consistently throughout the season, and we are proud of that.”

Gilpin County High School’s baseball team stepped up to the plate for its first three season games this month. Unfortunately, the Eagles took losses to each opponent, but they improved with each game and lost their most recent battle by only one point.

Gilpin started the season with a home non-league game against the Clear Creek Golddiggers (CC) of Evergreen on March 12, losing 13-5. The game was actually played at All-Star Park in Lakewood. CC has also played three contests, losing their other two. The game was scoreless in the first two innings, but CC scored 2 runs in the third inning. Each team scored 1 run in the fourth and 2 in the fifth. CC caught fire in the sixth inning, scoring 6 runs, which pretty much clinched it for the Golddiggers. Manny Gomez, Angel Gomez, Chad Holmes, and Tristan DiPasquale scored runs for the Eagles. M. Gomez also had 2 hits and 1 run batted in, to be named Player of the Game for Gilpin. Will Lorenz was the starting pitcher and pitched 4 innings; M. Gomez, Holmes, and Dallas LeBeau also pitched.

Mile High Academy (MHA) of Denver was the next competitor, beating Gilpin 8-5 in an away non-league test. MHA is 1-1 so far. The Eagles were first to score with a run in the second inning, answered by MHA with 4 in the third. Gilpin also came in with 2 runs in the fourth inning, 1 in the fifth, and 1 in the sixth. MHA scored 4 more runs in the fifth and sixth innings. A. Gomez, LeBeau, Holmes, DiPasquale, and M. Gomez put up 1 hit and 1 run each for the Eagles. LeBeau and M. Gomez each had 1 RBI. M. Gomez pitched 5 innings, while LeBeau pitched 1. Player of the Game was M. Gomez once again.

The Eagles were disappointed in their bid for a win against Rocky Mountain Lutheran (RML) of Denver, going down 18-17. Gilpin was ahead 4-2 after the third inning, but RML put 5 points on the board in the fourth, bringing the score to 7-4. Gilpin ran in 5 points in the fifth inning to RML’s 3, and the tally was 10-9. Fans were excited as the teams were tied 15-15 in the sixth period, but RML pulled ahead in the final inning by 1 run, with the final score 18-17 RML. Eight Gilpin players scored runs, led by Holmes, M. Gomez, and Cooper Lindberg with 3 each. Lorenz was top hitter with 2, including 2 RBI’s. Josh Trujillo had 1 sacrifice fly. Lindberg also came in with 5 stolen bases. DiPasquale mustered 8 put-outs. Lorenz pitched 3 innings and LeBeau 2; DiPasquale and Holmes also pitched. Lorenz was selected as Player of the Game.

Gilpin girls placed 16th of 19. Nicole Adams won third place in the high jump, and Lena Warren took fifth in the 3200-meter. Brighton came in first for the girls.

The next meet will be on April 3 at the Thunderhawk Twilight Invitational at Henderson.

Here are all results for Gilpin: 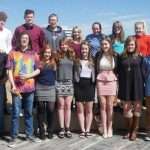 Roadways to personal finance at a young age
Next Article 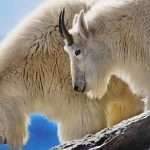