Gilpin County is a great place for dogs, cats, horses, and all types of other domestic animals owned by loving and devoted people who are concerned for the welfare of their pets and livestock. But what happens in an emergency, if the animal’s owners need help themselves, or if the owners are not even home? Who cares for the animals when fire or other disaster sweeps through an area?

A very special group of volunteers called GCART — Gilpin County Animal Response Team – has as its purpose and concern the welfare of all domestic animals in emergency situations. Most cases involve rescuing animals from fire-stricken areas or from abuse or neglect situations.

GCART assists firefighters in the evacuation of large stock animals and smaller companion animals in the event of wild fire, toxic spill, or other natural or manmade disasters that may happen in this community.

In the past, GCART has manned a booth at the High Country Auxiliary’s chili dinner and auction fundraiser. This year’s event takes place on Saturday evening, March 5 at 5:00 p.m. At press time, it was undetermined whether GCART would have a booth at this year’s dinner.

GCART has been in existence for the past 12 years. Its team works under Gilpin County Sheriff Bruce Hartman, who gets called first in an emergency, possibly by a sheriff from another county. Then he notifies GCART’s team leader Larry Sterling, who contacts the other team members, and the team goes into action.

They check their database, compiled from surveys they receive from residents. That data tells what animals are in the area where help is needed. Then the team goes to rescue those animals. Haulers go out in pairs, and with their survey data are able to rescue animals even where the owners are not at home. Paperwork must be completed on each animal rescued. Most of the animals get housed in the county exhibit barn, but companion animals may go to Jefferson County’s animal shelter. A small animal gets a band to match the numbered form, and the owner gets a duplicate. Photos are taken of the animals with their owners. The team has vets on standby in case veterinarian care is needed. The animal is housed until the incident is over.

Gilpin’s team also helps CART teams in other counties, such as Jefferson, Boulder, and Clear Creek. The sheriff gets called first, and then GCART checks with the initiating CART team and goes to areas assigned by the other counties’ leaders. When they respond, they follow instructions issued by the lead CART team. The process works the same if GCART is the team asking for assistance.

Fortunately, Gilpin County has not had a disaster in recent memory, but Sterling recalled being called to help with the Lower North Fork fire in Jefferson County in 2012. The team was not in an area where there were actual flames, but they evacuated as many animals as possible before fire claimed the area.

“We picked up a big Belgian mare and her colt and sent another truck and trailer to pick up a number of small animals. We picked up all we could. We followed protocol, The Jefferson County Sheriff cleared us to come, and when we got back that night, we cleared all the trucks so everyone knew we were back.”

Sterling noted that following the path of higher authority is critical for CART teams. The fire departments may not allow a civilian team such as GCART into a “hot zone” due to safety issues. The group has to do as they are told by county sheriffs and fire chiefs. But as long as the group is able to arrive before a fire blows up, they can get animals out and relieve the fire department of that worry.

GCART now has a core of about ten volunteers who are firmly committed. Vicki Nemec, the team’s liaison with Gilpin County, advises that these folks are well trained, but there is a lot to do and not enough people to do it. As with many volunteer organizations, people join the group with the best intentions, but don’t stay with it.

“For example, we have the ability to create a shelter, but we can’t run it,” she says. GCART needs more volunteers who will make a commitment, including those who could assist with office work. Nemec notes, “It’s a good group, but we need to move forward.”

Right now, since the team is small, the plan is that during a response, the core group will command specific areas, such as signage, someone to coordinate work in the exhibit barn, and so forth. Other volunteers will then work under their leadership.

Volunteers must be certified to do animal rescues, since having people with training is critical. While the GCART team does not personally train volunteers, they do direct them to online courses and help guide them through the process.

Nemec was enthusiastic about an upcoming training opportunity. An exercise combining resources from all entities of Colorado is scheduled for mid-May; the exact date will be posted on the GCART website as it becomes available. Gilpin’s CART team will help, and all the CART teams will practice working together.

Additionally, two pre-training sessions will soon be offered in which GCART will participate. The North Central Region UASI (Urban Area Security Initiative) Animal Emergency Committee will host two sessions of the American Humane Association’s Disaster Animal Sheltering class. The dates are March 19 and 20 at the Adams County Fairgrounds and April 9 and 10 at the Foothills Animal Shelter in Golden.

GCART is mainly funded through money allocated by the County Commissioners’ budget, but the group also benefits from grants. Nemec was pleased to report that GCART now has a mobile trailer, funded by a FEMA UASI grant. The team now also has four or five CB radios. Specially designed plastic cages, which fold flat when being stored, will be obtained with grants, too, and further funding for equipment should be made available soon.

Right now, the team has most of the equipment needed, but Nemec advises they still could use a microchip reader and some intake books. Fresh hay is also needed, but finding storage space is an issue. Since space is at a minimum, the group is unable to take items if they are not workable, such as old, worn animal cages.

GCART is discussing plans for the coming months, include a possible open house in the spring, where guests can meet the team and see GCART’s equipment. The group may also have a booth at the 2016 Gilpin County Fair and run the Fair’s mutton busting events.

Visit www.co.gilpin.co.us/GCART/GCARTdefault.htm for volunteer forms and information on training, as well as resident rescue survey forms. If you have questions, want to participate, or want to be placed on GCART’s mailing list, please contact Vicki Nemec at gcart@co.gilpin.co.us. 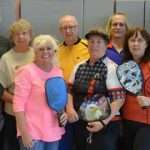 Volley of the Dills
Next Article 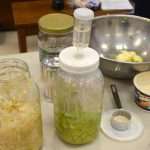