Gilpin County to auction off 17 properties 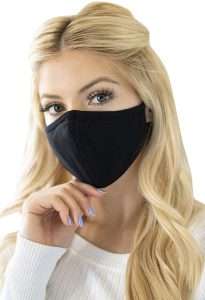 Gilpin County Board of County Commissioners faced a long agenda for the Regular Meeting on May 18, 2021. A sample of those action items include a Volunteers of America (VOA) contract renewal for senior meals on wheels and Transportation Program, a County land sale auction contract, and a request for proposals for the Community Center grant funded building improvements. Gilpin County Board of Health revised two Public Health Orders to align with the State Mask Orders.

Gilpin County Public Health Coordinator Bonnie Albrecht announced that there have been 11 positive cases in the last seven days, but Gilpin County will remain in “Level Clear” because the level determination focuses on the hospitalizations experienced in the County rather than number of cases. 50. 7% of the county residents have received their first injections with a 40.5% receiving their second. The County is still offering COVID testing at the Z Casino parking lot located at 100 Chase Street every Thursday between 10 am to 2 pm. The Ameristar continues to host the vaccine clinic which is expected to wind down the end of May. Smaller mobile clinics will serve Gilpin after May.

Eagles’ Nest Director Kayla Lowe presented the first quarter financial report for that organization. Between January and March 2021, Eagles’ Nest received $168,700 from various resources and had $115,786 in expenditures, resulting in a net revenue of nearly $53,000. Ms. Lowe stated that, “Currently 33 children attend Eagles’ Nest, but due to teacher shortages there is an extensive waiting list. We are in the process of hiring a new teacher, so when that happens, it will open up an additional classroom.” The less than expected DOLA grant and lack of County support has placed some hardships on the facility, but they were able to function through the awarding of other grants and registration fees.

Gilpin County Sheriff Kevin Armstrong provided the Sheriff’s report for the month of April 2021. Dispatch handled 376 (911) calls, and 2,910 total inbound calls. 135 victims were served through Victim Services, which remained exactly the same as what was reported in the March report. Domestic Violence continues to be the leading cause for individuals to seek help from Victim Services, which actually decreased from March, down from 60 to 51 cases. Detentions increased to 26 bookings during April with gaming related crimes leading this category. As far as the year goes, April 2021 report showed Detentions average population lowered slightly compared to the previous five years. Patrol division reported an increase in activity in April with 40 Welfare Checks, and 46 Other Agency Assists topping that list as most frequent types of calls.

Significant events included two cabins in Nevadaville which had the front doors kicked in, and an early morning Suspicious Party in the Old Hughesville Road area which resulted in a person arrested and charged on a Possession of a Controlled Substance. Several citizen compliments were noted in the report that ranged from professionalism and courtesy from motorists who were involved in traffic stops, to the fantastic response to the Old Hughesville Road incident.

Community Initiatives include the ongoing support of the Office of Emergency Management on various efforts, the continued distribution of free Carbon Monoxide detectors, additional support to the USFS to address recreational shooting on Forest Service property, and work with Colorado State Patrol to address traffic violation along Colorado highways 119 and 46.

Gilpin County Clerk and Recorder Sahari McCormick presented the results of recent Request for Proposal (RFP) that went out to various vendors for the printing of upcoming ballots. Runbeck Election Services, Frederic Printing, NPC Integrated Print &Digital Services, and K&H Election Services submitted bids ranging from $6,000 to over $10,000. The current ballot printer is Runbeck Election Services according to Ms. McCormick, and she is happy with their work. Runbeck submitted the lowest bid. Gilpin County BoCC also agreed that Runbeck should be awarded the $6,016 contract by unanimously approving a motion to do so.

Gilpin County Human Services Senior Coordinator Mary Ellen Makosky presented the Annual Sub-Contractor Service Agreement with Volunteers of America (VoA) for transportation and nutrition services. The County has been delivering these services to Gilpin Seniors for 24 years in which VOA pays the County $2,180 to assist with costs of operating the transportation and Meals on Wheels programs. VOA also provides three vehicles used for transportation and reimburses the County $4.50 for each meal served or delivered. Gilpin County Commissioners unanimously approved the contract renewal with VOA.

Gilpin County Treasurer Mary Lorenz presented a contract between Gilpin County and SRI Incorporated for conducting an auction for County held properties. The online auction for the first seventeen properties is expected to be held 30 days after being advertised in the Weekly Resister-Call. Total costs to the County is $8.00 per parcel plus advertising costs, but the County stands to gain a whopping $66,870 minimum. Bidding will start at the County Assessor’s property valuation figure and may go up from there. After much discussion, Gilpin County BoCC unanimously approved a motion to award the contract to SRI with some minor changes.

Gilpin County Facilities Manager Ryan Keenan also presented a Request for Proposal (RFP) associated with Apex Building improvements. Two additional offices, each about 100 square foot in size, and a 600-800 square foot mezzanine are projects listed on the (RFP). Construction is expected to start around the July 7, 2021 time frame.

Gilpin County Attorney Brad Benning announced that the approval of the InterGovernmental Agreement with the Library has been postponed to a later date.

Gilpin County Board of County Commissioners approved the Meeting Minutes from the May 4, 2021, regular meeting with no corrections or amendments.

Gilpin County Board of Health considered changes to Public Health Orders #20-05 (Mask Order) and 21-02 (COVID Dial). According to State order D 2021 103, there are no mask requirements for vaccinated individuals. It is only encouraged that unvaccinated individuals wear masks.

Gilpin County PHO#20-05 requires mask wearing on County property indoors and outdoors if a 6-feet physical distancing cannot be maintained regardless of vaccination status. In a most confusing move by the Board of Health since the COVID outbreak, an amendment to PHO #21-02 (COVID Dial) aligns with the State Mask Order D 2021 103, but the only amended change to PHO #20-05 (Mask Order) was to reduce the violations from $5,000 fine and 18 months in jail, to $2,500 and no jail time. Commissioner Hollingsworth enforced the move by asking the question, “Why do we want these people in our jail?”

The next online regular Commissioner meeting is scheduled for June 1, 2021 at 9:00 am. For more information go to www.co.gilpin.co.us.