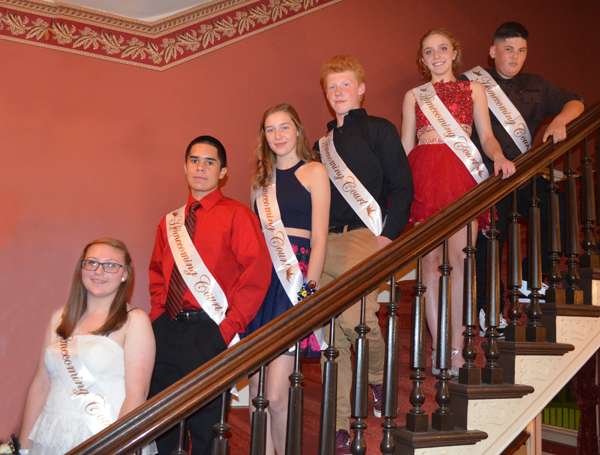 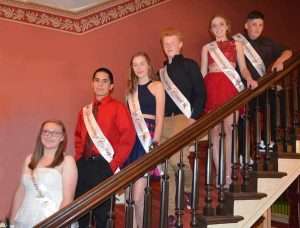 The Gilpin County Board of Education met on Tuesday, October 3, with all Board members present: Craig Holmes, Brook Ramsey, Charlotte Taylor, Kersten Armstrong, and Steve Boulter. Superintendent David MacKenzie and Secretary to the Board Joni Schmidt were also present.

The volleyball team swept both of their matches during homecoming week.

The football team’s record is 4-1 overall. They visit Soroco this weekend. Holmes commented, “We are setting up for a good season. It looks possible for us to be going to the playoffs.” He said Gilpin County RPI (Ratings Percentage Index) is number 3 in the state.

MacKenzie reported that Spirit Week went well, with a pep rally, parade, football game victory, and the dance at the Teller House. Pee Wee cheerleaders performed in the old gym at halftime of the game. There was also an “Alive at 25” presentation and assembly heading into the homecoming festivities.

To Meet or Not to Meet?

The Board meeting scheduled for November 21 is the Tuesday before Thanksgiving break, a time when many people have travel plans, so MacKenzie recommended moving the meeting to December 5. The Board must reorganize by December 8 to reflect the recent election of Steve Boulter and Sarah Swanson, who will be filling two Board vacancies. Boulter and Swanson must be in attendance to take the oath of office.

The only other meeting scheduled for December is on Tuesday, December 12. MacKenzie also recommended keeping the December 12 date, even though it is only one week after the meeting on the 5th, in order to meet the deadline for the mill levy on December 15.

The Board approved canceling the November 21 meeting and rescheduling it to December 5.

MacKenzie had visited 11 middle school classrooms with Secondary Principal Alexis Donaldson on September 26 and 27. On the day of the Board meeting, he visited six elementary classrooms with Elementary Principal Heather Huntoon. The visits gave a picture of where the District is with respect to strategic plans. The next steps are rigor, differentiation, and engagement.

“The kids certainly appear to be engaged. They are working on a variety of tasks concurrently. We are focused on project-based learning and more rigor,” he said.

There will be a half-day of professional learning on October 13, and teachers will be preparing for parent-teacher conferences that will take place on October 19 and 20.

The District has had issues lately with water drinkability. The water company had notified MacKenzie that filtered water is filtering out organic compounds and is safe to drink. There are two water fountains with filtered water, one near the atrium and one in the elementary wing. Both fountains have been turned on, and this will help mitigate the cost of bottled water. There will still be water stations in other locations in the building. The water company has concluded that the source of the problem is the water tanks. The next step, MacKenzie said, is to see what this means. If the tanks need to be drained and some work done, it would not be feasible now because of the need for water for the fire sprinkler system. It would have to wait until next summer.

MacKenzie addressed the issue of the cliffs created by recent excavation at the football field. During the homecoming game, the cliffs were dark and students were climbing on them. Also, he said, “People are ‘creative’ in parking. We need to contain the space. Jim Noble has given us a good deal on Jersey barriers (modular barriers designed for traffic safety). We can put them up so vehicles don’t go over the edges of the cliffs.” The barriers will go in this weekend.

He also advised that more light is needed between the cabin and the bus barn and going back to the school itself. Temporary lighting needs to be put up for safety, and timers need to be used to mitigate light pollution, he said.

Work is commencing on the steps from the atrium to the upper parking lot. The engineer looked at the terrain and suggested putting in a diagonal stairway so that excavation wouldn’t be necessary, a more cost-effective solution. The stairway will be metal and grated so that snow can fall through. The rough surface will provide safety. Architect Randy Look has started working on a Request for Proposal.

MacKenzie said that the District did not spend all that was budgeted for the excavation, south parking lot, and playground, so there is some left over for lights and the Jersey barriers. Holmes has donated four lights that can be used, either temporarily or permanently.

There are drainage issues adjacent to the south parking lot. MacKenzie suggested putting a water pond at the bottom so the neighbors don’t have problems with the water runoff from the school.

The fencing contractor was to have come Monday this week to put up the fence around the playground. Snow prevented this, but some materials have been delivered. There is nicer weather in the forecast, so MacKenzie hoped the fence man would come soon to set the posts. A fence will also be erected on the south and west sides of the cabin, in an “L” shape.

There was a power outage on Thursday, September 28, from 1:50 to about 2:30. The cause was undetermined, but MacKenzie said that United Power may have been working on a line. The crisis response team was activated. Timberline Fire Protection District came and discussed hooking up a truck to the sprinkler system. MacKenzie is talking with United Power about having a generator, but nothing will be done on this until next summer.

The Safety Committee met on September 25 to debrief concerning a lockout that was done a couple of weeks ago. The lockout was not merely a drill; it was in response to an alleged unspecified threat against the school. It was unclear to school officials what the threat was, but MacKenzie said, “We did the best we could with what information we had.”

“We communicated with the teachers about keeping the kids in the classroom and keeping hallway traffic to a minimum, to contain everyone better so we know where they are.”

MacKenzie explained that during a lockout, it is still “business as usual,” but there is more supervision than normal. During a lockdown, on the other hand, people are contained to the space they are in.

A crosswalk is being put in across Highway 119 for the safety of students crossing between the school and the subdivision across the road. Electricity is being run for strobe lights that go on at the push of a button to alert drivers that the crosswalk is in use. 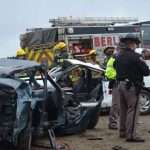