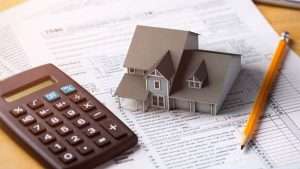 It was noted that in the July 30th edition of the Weekly Register-Call that the Gilpin County Commissioner’s report on the July 28, 2020 meeting is incomplete. The following is a continuation of that meeting. The Tuesday meeting this week was cancelled and rescheduled for Thursday August 6th.

Abel Montoya led the discussion concerning general public use of the riding arena located in the Community Center complex. Limits on the maximum amount of people that can use the arena, the duration of their visit, and hours of operation were all factors that went into the consideration of this initiative. A motion was passed to open the Community Center complex outdoor facilities to include the arena and the barn, which is limited to 4H activities only. Conditions include: adhering to the State and County’s COVID Public Orders, and a limit of four horses and riders maximum that may use the arena at any one time.

County Manager Abel Montoya also presented a request from the County Clerk and Recorder office to formally allow staff to work on potential ballot questions and eventually produce ballot questions that will be presented to the voters. The three topics include a potential 4.5 mill increase in property taxes to provide additional support to the Sheriff’s office, a potential 4.5 mil increase on property taxes to support a not yet formed Parks and Recreation District, and a  De-Gallagherize ballot measure or “Revenue Stabilization” question. Commissioner Engels emphasized that the authorization is to move forward with this and does not guarantee that these initiatives will show up on the November ballot. A sales tax option has been temporarily removed from the potential ballot. According to Commissioner Engels,” I don’t think there is enough clarity in the community around the repercussions of a sales tax in the County to run a successful campaign – at least not in the 4-5 months we have until the election.”

Gilpin County Attorney Brad Benning presented an initiative to place a six-month moratorium on the issuance of Transfer Development Rights (TDR), where property owners can submit a TDR from one property to another in order to allow an increase density of development on the receiving property. The Commissioners approved the TDR moratorium unanimously.

Gilpin Commissioners approved support to the 30×30 campaign. The 30×30 agenda is a worldwide, science-based initiative to conserve 30 percent of the Earth’s lands and oceans by the year 2030. This campaign was launched to address the current climate crisis and reverse the destruction of wildlife waters and natural places.

Gilpin County Attorney Bradford Benning discussed the Colorado opioid litigation settlements along with the Perdue Pharmaceutical’s Bankruptcy. The Gilpin County is party to the multi-billion dollar national class action opioid litigation case. Factors that determine how opioids affect a community include addiction disorders and deaths from opioid abuse, and quantity of opioids shipped to a particular jurisdiction. Based on these factors, Gilpin County may potentially be awarded up to $7,000 in that judgement. Gilpin County is also listed as a creditor in the Perdue Pharmaceutical’s Bankruptcy case and has potential to receive an allocation from that judgement as well.

Gilpin County Manager Abel Montoya informed online participants that the State legislature passed legislation (HB 1031) to replace Columbus Day as a State Holiday to Cabrini Day. The first Monday in October will honor Frances Xavier Cabrini, who created 67 schools, hospitals, and orphanages in the United States and South and Central America throughout her lifetime.

Frances Xavier Cabrini MSC, also called Mother Cabrini, was an Italian-American Roman Catholic nun. Born on July 15th 1850 in Lombardy, Italy, she founded the Missionary Sisters of the Sacred Heart of Jesus, a Catholic religious institute that was a major support to her fellow Italian immigrants to the United States. Mother Cabrini founded the first orphanage in Denver, which is now a shrine. Mother Cabrini died in 1917 (at the Columbus Hospital in Chicago) and was canonized on July 7th 1946, by Pope Pius XII. She is the patron saint of immigrants.

In 2017, then-Gov. John Hickenlooper set aside a day in December to honor Mother Cabrini on the 100th anniversary of her death. Cabrini Day is the first paid state holiday to honor a woman. Colorado was the first state to celebrate Columbus Day in 1907, many years before it would become a national holiday in 1937.

Mr. Montoya introduced an amendment to add Cabrini Day to the Gilpin County’s Employee Handbook. The Commissioners proposed that Indigenous People’s Day also be included to Cabrini Day. In 2020 Cabrini/ Indigenous People’s Day will be October 3rd.  Gilpin County Commissioners approved a motion to remove Columbus Day as a paid holiday and to add Mother Cabrini Day on the first Monday in October. A second motion was approved to declare an Employee Appreciation Day on Sept 4, 2020 as a paid holiday.

Stay Up to Date

To stay up to date and informed in this very dynamic environment go to www.co.gilpin.co.us.