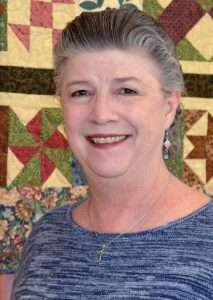 Folks are treated like family at the Gilpin County Community Center (GCCC). You get warm smiles when you come in the door. It’s a place where everybody knows your name. There are fun and healthful activities for everyone from the youngest child to the most seasoned adult.

Much of that homelike atmosphere can be attributed to GCCC’s director, Kathi Lambert. Her cozy office looks out on the blue waters of the lap pool and the children’s pool. If Kathi has a few moments from her many responsibilities, she can see kids learning to do the crawl and adults bobbing gently in the water while they Aquacize. Most of the time, though, Kathi keeps busy guiding a large staff of employees and a host of programs.

Kathi will begin her retirement adventure on May 1, although her last official day at GCCC is Friday, April 28. Plans are in the works for a send-off on the 28th from 5:00-7:00 p.m. at the Black Forest Restaurant in Nederland. The public is invited to attend and wish her well.

Kathi started at GCCC in June 2004, just one year after it opened. She was hired as the recreation coordinator and was busy in that position when the GCCC administrative coordinator’s job was vacated. No replacement had been found, so she began filling those duties while continuing to serve as recreation coordinator. She’s been the official director since fall of 2011. Her responsibilities have included being the director of the youth camp, organizing special events, and managing and scheduling the front desk, fitness programs and other programs, such as pottery. As Director, Kathi is responsible for all areas of recreation, including Aquatics and Sports & Leagues, as well as overseeing the financial aspects and the administration of the day-to-day operations.

It helped when the County approved John Cain as assistant director last summer, and Kathi gives him a lot of credit. “He’s made a lot of difference. Hopefully, with an assistant, it will make for a smooth transition when I retire.”

Before coming to Gilpin, Kathi supervised the youth programming for all three of the recreation centers in Highlands Ranch, and “they were building the fourth center when I left.” Although the Highlands Ranch program was many times larger than here, Kathi notes that working in government presents new challenges.

“I have over fifty employees, most of them part-time. These include teens, lifeguards, youth camp workers, fitness instructors, pottery instructors, sports officials, and front desk staff.”

Kathi is genuinely fond of her staff and gets a bit teary at the thought of leaving them. “I have good help. I love my staff and am going to miss them so much.” But she brightens and says, “I’ll be back after a while to work out!” She is looking forward to trading her “boss” title for “friend.”

She hopes that a couple of her innovations have positively impacted families: starting school-aged child care in Gilpin County where before there was none, and instituting the Father-Daughter Sweetheart Ball every Valentine’s Day.

“The after-school care does make a difference in families’ lives, and the Ball – who knows what impact on father-daughter relationships it will have?” she ponders.

She is also happy to have been able to see so many children go through the kids’ programs who are now teen employees. “It’s been a blessing to watch them grow up.”

There are plenty of things to do in retirement, especially for someone like Kathi who intends to keep giving to her community. Kathi is active in her church, Calvary Chapel in Nederland, and says, “I hear a little voice saying, ‘visitation.’”

She realizes that so many in their upper senior years still volunteer with the High Country Auxiliary, at Ermel’s Emporium, and a number of other places in the Gilpin community. “It’s time for those of us in my age group to move into that need,” she says.

Kathi is also looking forward to some leisure time to read and crochet and intends to work on personal fitness goals. She hopes to find more time for her beloved piano and is in the choir at Calvary Chapel, “Revelation 19,” which is one of her passions.

“We do a variety of music styles, none of which resemble songs out of a hymnbook,” she relates. “One of our members composes most of our music and does unique arrangements for the rest.”

Kathi hopes the staff will continue listening to the needs of the community and do the best they can to fill those needs. She says, “I really care about this place. It’s been a huge part of my life.”

If you’ve never visited the GCCC, Kathi would be pleased if you’d give it a try. It’s a beehive of activity for anyone who wants to improve their physical stamina, make friends, or learn new skills. Among its many offerings are swimming lessons for children, fitness classes of all descriptions, martial arts, pottery classes, dog obedience, youth dance, a stitchers’ group, CSU Extension classes, 4-H, senior programs, sports leagues for youth and adults, children’s after-school programs, Friday camp as well as a Summer Camp, special events, room rental for parties, and a scenic mountain trail that circles the GCC campus.

END_OF_DOCUMENT_TOKEN_TO_BE_REPLACED

Benefitting the county, schools, and much more By Don Ireland   This year marks the 30th anniversary of casinos opening in the former little mining towns of Black Hawk, Central City and Cripple Creek, Colorado. In those early years, smoking was allowed inside ... END_OF_DOCUMENT_TOKEN_TO_BE_REPLACED

Where the dead get to tell their story By Jaclyn Schrock On Saturday, August 21, the Gilpin Historical Society held their annual Cemetery Crawl. Tickets allowed the shuttle of hundreds of guests from the Teller House parking lot to the Cemetery. Depending on v... END_OF_DOCUMENT_TOKEN_TO_BE_REPLACED