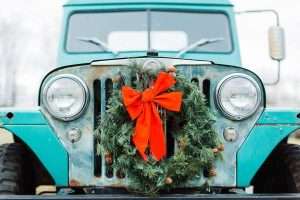 On the final Gilpin County Board of Commissioner’s (BoCC) meeting for 2018, Chair Ron Engels sounded the gavel precisely at 9:01 a.m. on December 18, 2018 inside the old courthouse on Eureka Street. The Commissioners were faced with a plethora of agenda items, so to assist Chairman Engels with the tasks at hand, were Commissioners Linda Isenhart and Gail Watson, along with Gilpin County Attorney Jim Petrock, County Manager Abel Montoya, and  Deputy Clerk to the Board Sharon Cate.

Commissioner Engels presided over the ceremony that honored four departing elected officials exceeding a combined half-century of serving Gilpin County. First up was outgoing Sheriff Bruce Hartman with 27 years, next Gilpin County Treasurer Alynn Huffman with 19 years, Gilpin County Clerk and Recorder Colleen Stewart with eight years of service, and Surveyor Corey Diekman. As each received their crystal award, they also got a round of applause and a standing ovation from the audience to signify an appreciation of their service from the employees and the residents of Gilpin County.

Gilpin County Clerk and Recorder Colleen Stewart presented her final Clerk and Recorder’s report to the Commissioners from the months of August, September, and October 2018. Ms. Steward noted that when the Clerk and Recorders office, along with the State of Colorado, migrated from the old green-screen DOS system to a modern Windows-based system, the amount the County Clerk collects and pays to the State dropped from $46,000 in July to just under $15,000 in August. Chief Deputy Clerk Gail Maxwell noticed this right away and sent an inquiry to the State. In response, the State commented that Gilpin County is the only one that reported such a loss. Either the other Counties didn’t notice the loss or they contributed it to other factors. This continued with the September Report in which the County Clerk totals dropped to just under $11,000. Again this was reported to the State and again the cause was unknown. In October, activity picked up and the Clerk and Recorder’s payment to the State totaled over $30,000. Looking at the report, there was an unusual drop in overall fees collected in the months of August and September. November and December’s reports will be presented in 2019 by the newly elected Clerk and Recorder Sahari McCormick.

Gilpin County Treasurer Alynn Huffman presented her final Treasurer’s Report for the month of October 2018 to the Commissioners along with Treasurer-Elect Mary Lorenz. Even though the percentage of taxes collected dropped slightly from 2017 (only 99.96% compared to last year’s 99.80%), the total for October 2018 is up at $21 million dollars for this year compared to last year’s $19.5 million dollars.

Gilpin County Sheriff’s Department Detention Captain and Undersheriff-Elect Tonia Kapke presented the 2019 Inmate Health insurance contract to the BoCC. The agreement with Southern Health Partners Inc. (SHP) is for the renewal period from January 16, 2019 to January 15, 2020. The renewal price will increase three percent over the 2018 period due to an increase in inmate population. The total cost for the inmate health policy is $299,600 a year or about $24,900 per month. Gilpin County Commissioners approved the SHP Amendment for Renewal unanimously.

Gilpin County Public Works Director Gordon Thompson presented two items to the Commissioners. First was a Highways User Tax Fund (HUTF) report of eligible mileage with minor changes that will be sent to the Colorado Department of Transportation (CDOT). Total eligible mileage in Gilpin County is 145.56, which remained the same as in 2017. The only change in the 2018 report is the addition of .75 miles of Apex Road where the County widened and added recycled asphalt to that portion of the road. Gilpin County BoCC approved the report and it will be signed and sent to CDOT soon.

Convening as Gilpin County Local Licensing Authority (LLA), the Commissioners approved two Retail Liquor Licensing Renewals as presented by Deputy Clerk to the Board Sharon Cate. One was for Mid-County Liquors, a retail liquor store located at 17218 Hwy 119; and the other was for Roy’s Last Shot which is a restaurant and bar located at 17268 Hwy 119. Both establishments had no recent complaints or liquor violations. Immediately upon approval, Commissioner Engels adjourned the LLA and resumed as the Gilpin County BoCC regular meeting.

Certification of Levies and Revenues

Finance Director Clorinda Smith presented the 2019 Certification of Levies and Revenues to the BoCC. No later than December 22 in each year, the commissioners of each county of the state, with some  exceptions, must enter in the recording of its proceedings, levy against the valuation for assessment of all taxable properties located in the county on the assessment date and in the various towns, cities, school; districts, and special districts within the county. Commissioner Watson commented on the glaring issue of the difference in the mill levy of the two school districts. The Gilpin County School District mill levy is 7.605 whereas the Boulder School District mill levy is a whopping 48.976. It is curious that the two school districts have revenues that are similar. Gilpin has $2.4 million dollars and Boulder has $2.5 million dollars in revenue. The mill levy difference doesn’t reflect the same difference in revenue. Gilpin County Commissioners approved the Certification of Levies and Revenue unanimously.

Gilpin County Human Resources Director Susie Allen presented three different items to the Commissioners in which all were approved unanimously. The first item was the Employee Assistance Program (EAP) – Employee Benefit Renewal. The Commissioners had a choice of two different plans in which they chose the Aetna Resources for Living. This plan will allow for more benefits at a 23% cost saving over the current Anthem EAP plan.

Second was an update to the Gilpin County Employees Pay Plan. Two positions will be taking on additional responsibilities in 2019 and will be adjusted to reflect the additions. The Business Analysist position will be taking the place of the Web/ Communications/ Facilities and Reservations position in mid-2019. The Emergency Manager will be restructured and will absorb the duties of the Communications Sargent. The Business Analysist will be a Salary Grade 85 ($46,200-$69,200 per year), and the Emergency Manager will upgrade to a Salary Grade 100 ($65,200-$97,800 per year). These compensation packages are in line with similar positions as outlined in the Employers Council data.

Next to be approved with corrections is Resolution 18-29 adopting amendments to the Gilpin County Employees Handbook. A summary of the updates include an addition of a Workplace Bullying section, the use of heavily scented perfumes, lotions and/or colognes, and clarification of how jury duty is paid – these are just a few of the additions to the Handbook. The Commissioners spent a considerable time discussing the Political Activities section a subject that is near and dear to their hearts and it is noted to be the most updated section in the handbook. As stated above the resolution was approved with further evaluations and corrections to the Political Activities section and striking out a Worker’s Compensation statement listed in the Jury Duty section due to lack of relativity.

The only item that Gilpin County Attorney Jim Petrock had was a need to go into a brief Executive Session per C.R.S 24-6-402 (4)(c) to discuss the purchase of property.

In addition to the Monthly departmental reports that Gilpin County Manager Abel Montoya normally presents, there were several annual contracts and agreements that needed attention. At the top of the list was the Legal Services Agreement with law firm of Petrock, Fendel and Poznanovic for legal services. Next was the 2019 Service Agreement for Information Technology services with Teryx, Inc. An agreement with Larry Sterling Excavation for maintenance of the Fairground Arena was the last on the list for service agreements that needed updating. All of these were approved unanimously. The next order of business was to renew lease agreements with Gilpin County 4-H for storage in the Exhibit Building, and with High Country Auxiliary for the lease of the storage POD located on the south side of the Exhibit Building. These too were approved unanimously.

With 2018 winding to a close and a resignation of a member of the Planning Commission, Gilpin County Commissioners needed to focus their attention to resolving some issues in that Commission. Chair Pro-tem Jim Wailes was reappointed to a new three-year term. Sharon Perea resigned to pursue other interests and she was replaced by Jane Billings as a regular member. Rob Mercier who was formally the Second Alternate is now the First Alternate. The one that was confusing to all in attendance was the removal of Rea Wrobel due to unexcused attendance issues, only to be reinstated immediately after her removal with her term expiring 12-31-2020.

Gilpin County Commissioners recessed into Executive Session per C.R.S 24-6-402 (4)(c) to discuss the purchase of property.

END_OF_DOCUMENT_TOKEN_TO_BE_REPLACED

Benefitting the county, schools, and much more By Don Ireland   This year marks the 30th anniversary of casinos opening in the former little mining towns of Black Hawk, Central City and Cripple Creek, Colorado. In those early years, smoking was allowed inside ... END_OF_DOCUMENT_TOKEN_TO_BE_REPLACED

Benefitting the county, schools, and much more By Don Ireland   This year marks the 30th anniversary of casinos opening in the former little mining towns of Black Hawk, Central City and Cripple Creek, Colorado. In those early years, smoking was allowed inside ... END_OF_DOCUMENT_TOKEN_TO_BE_REPLACED