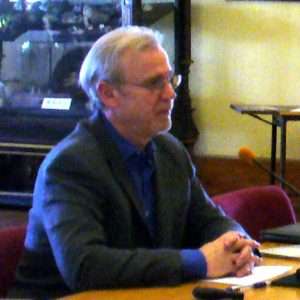 Gilpin County Commissioners Buddy Schmalz, Connie McLain and Gail Watson considered an unusual septic system request, dealt with the usual annual renewals and appointments and conducted two work sessions, one of which relates to providing better internet service in Gilpin County. Commissioner Watson, the “newbie” of the board, had clearly done her homework. She arrived well-prepared, unhesitatingly asking informed and pointed questions throughout the meeting.

Commissioners approved a vault individual sewage disposal system (ISDS) for the 3.49 acre property of Jerome Hulderman located at 325 Missouri Flats Road in the Russell Gulch area. The vault will be supplied with water from a cistern and must have a device installed to warn when it nears capacity.

Gilpin County Clerk and Recorder Colleen Stewart shared her November 2012 report to the Treasurer with Commissioners. It showed revenues for that month of $130,480. Of that, $59,393 was disbursed to the State, $53,700 to the Gilpin County Treasurer, $4,222 to Central City, $87 to Black Hawk, $20 to the Domestic Abuse Fund, $20 to the Peace Officer Standards and Training (POST) Fund, $3 to the State Health Fund and the County Clerk retained $13,035. Motor Vehicle late registration fees raised $2,160 for the State and $590 for the County.

The Treasurer also included her 2012 final semi-annual report, showing the financial activity of the County’s accounts from July 1 through December 31, 2012. Commissioners accepted the report.

Commissioners received a report from Gilpin Ambulance Authority (GAA) stating that the annual license inspection had been done for 2013 on the vehicles they use to help Gilpinites and visitors to the area. Medic Units 103, 108 and 109 were approved as Advanced Life Support units. Medic Units 102 and 106 were approved as Advanced Life Support Reserve Units. Medic 101 was approved as a Basic Life Support Unit-first Responder. Medic 101 is the specially equipped four-wheel drive pick-up truck that is used to access areas the larger ambulances cannot reach. It then transports patients to the nearest fully equipped ambulance. GAA work under the medical direction of Dr. Peter Vellman, M.D. from Centura Health at St. Anthony’s Hospital in Lakewood. Criteria used in GAA’s inspections is the same as that used for Adams, Arapahoe, Broomfield, Denver, Douglas, Elbert and Jefferson Counties. Commissioners accepted the report.

Commissioners also approved Public Works Director Curt Logsdon’s report of the County’s road miles that are eligible for funding via the Highway Users Tax Fund (HUTF). That report goes to the Colorado Department of Transportation (CDOT) which earmarks roads as “arterial” and “local” service roads and provides funding to be put toward the upkeep and repair of those roads. Paved and chip-sealed roads are favored over gravel/dirt roads, Logsdon noted. He said the County currently has 149.14 eligible road miles and that his department has been in the process of re-measuring the mileage to make sure it is accurate. He expects that study to be done by next year. HUTF funds come mainly from gasoline taxes and vehicle registration fees. The County expects to receive approximately $600,000 in HUTF funds for 2013.

Gilpin County owns three inches of Church ditch water rights, which the County is not currently using. As they have done for several years, Commissioners approved a lease of those water rights for downstream irrigator, Val McCurdy. McCurdy will pay rent for the water rights of $300 for use of the water during 2013.

Christopher Williams, a Black Hawk firefighter and EMT-B with Gilpin Ambulance Authority, received the Commissioners’ approval as the County’s alternate representative on the Foothills Regional Emergency Medical and Trauma Advisory Council (RETAC) Board of Directors. Foothills RETAC includes Gilpin, Clear Creek, Grand, Jefferson and Boulder Counties. The RETAC recently awarded a grant to Gilpin, and the other member counties, of $5,000 each, to be used for basic Emergency Medical Services needs within the respective counties. In return, RETAC asks for documentation showing how the money was spent. Additional grants are also awarded on a competitive basis. There are eleven RETACs in the state, formed in 1997 to partner with emergency service providers with help in planning and advising on ways to best meet the community’s needs.

At the request of Commissioner Watson, Commissioners Schmalz and McLain approved pursuit of $131,250 grant proposal to the Department of Parks and Wildlife to put toward creating a shooting range in Gilpin County. Currently the Sheriff’s Department and limited others are allowed to practice shoot on a remote property that is privately owned. Watson noted that, if the grant is approved, Gilpin County must commit $90,000 as a match, which would allow for purchase of a land parcel and the improvements needed to create the range. That money would come out of the 2014 budget, she noted. Commissioners McLain and Schmalz, both noting the County’s budget constraints, nevertheless agreed to approve the grant proposal. Commissioner Schmalz noted “This is an opportunity, not a commitment,” adding the caveat, “I’m not afraid to turn down a grant if we don’t have the money to match it.” A grant deadline of February 1st, had required the immediate decision.

Commissioner Schmalz provided an update on recent activity of the County’s 911 Authority Board. He said they are looking at “the next generation 911” system – which could include texting and other electronic notification capability. That board has also gone back to its original by-laws, setting the membership to four members with representatives from Gilpin County, Central City, Black Hawk and Timberline Fire Protection District.

Commissioners spent the rest of the morning and early afternoon conducting two work sessions; the first had to do with Eagle-Net, the organization funded through the American Recovery and Reinvestment Act of 2009. Under that Act, Eagle-Net has $100.6 million to build infrastructure and make improvements needed to bring high speed broadband service to 170+ Colorado communities by August 2013. Eagle-Net does not provide direct service to private businesses or residences, but rather provides the means for private providers to hook into a hub and extend their own services from there. In Gilpin, the Gilpin County RE-1 School is the potential hub.

The second work session included discussion about several employee handbook and policy revisions, including a way to let volunteer emergency responders continue to draw their County pay while responding to a very limited number of emergencies, as needed (mainly natural disasters such as a wild land fire, and structure fires). The proposed revisions are scheduled to be approved at the next Commissioners’ meeting.