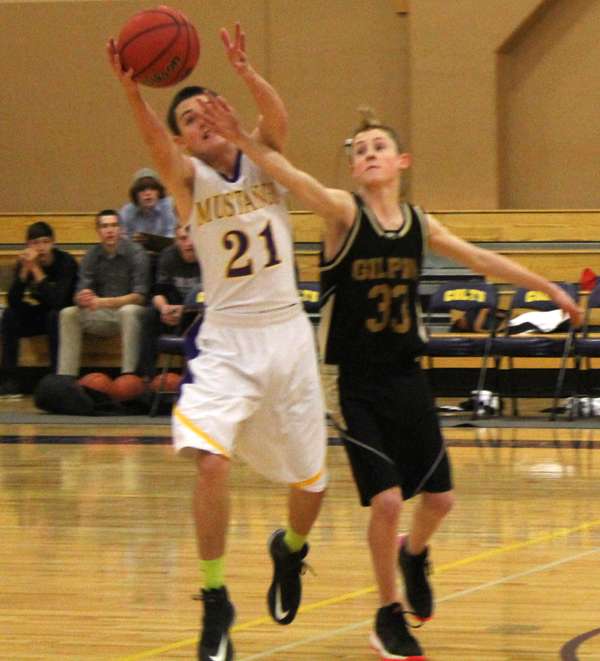 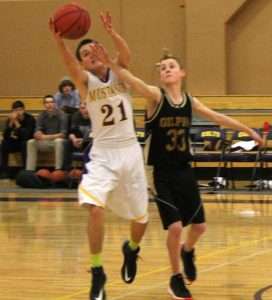 The Gilpin County boys’ basketball team put on another crowd-exciting show with a 65-41 win over Denver Academy Tuesday at the local gym. The game was never in doubt after the Eagles racked up a 19-4 scoring margin in the second quarter. Gilpin made excellent use of its pressing defense to complete 15 steals while Denver Academy fell to a 41-18 halftime deficit.

Every player in a Gilpin uniform got to play in the game, as Coach Paul Hanson used judicious substitution to hold the Mustangs at bay. And “hold” is what the substitutions did as the Eagles won the second half 24-23. The scoring was led by the “splendid duo” of Chase Boulter and Matt Immordino, who had 25 and 21 points respectively. No other player scored in double figures for the Eagles. Boulter led the team in steals with 6 and Jonathan Ramsey was a close second with 5. Boulter also grabbed 13 rebounds to lead the team. The win squared the Eagles’ record a 3-3 for the season.

On the other hand, the trip to Kremmling to play West Grand last Saturday was long and boring, so that was how the Eagles played. They immediately got in foul trouble. As an example, Boulter had to play the entire second half with 4 fouls on him. The Eagles fell behind 30-13 by halftime, and after a promising third quarter which they won by three points, they faded quickly in the final period and came out with a 61-40 loss. Boulter had 16 points and 17 rebounds to lead the club in both categories. Immordino also hit double figures with 13 points.

As with all basketball teams, Gilpin always has five players on the floor hustling hard. While Boulter and Immordino have dominated the scoring, other players, who rarely get mentioned in this column, are out there creating steals, double-teams, and passing moves that fill every minute of the game with action. This team has no seniors starting the game, so the younger players are learning about game leadership through experience. Gilpin prides itself on tough defense, but its fast break, when it gets going, is a joy to watch as the points pile up for the Eagles. They played at home against North Park (Walden) on Thursday at 4 p.m. and will open the 2015 season against South Park (Fairplay, et.al.) on January 10 at 4:30 p.m. Don’t miss this chance to watch a great team becoming good. 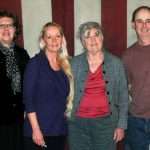 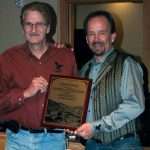