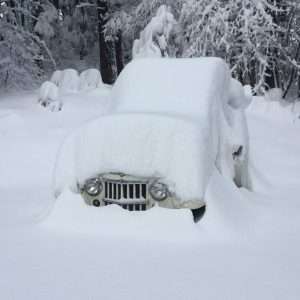 The Gilpin County Board of County Commissioners (BoCC) conducted their regular meeting on March 16, 2021 to review such issues as increased crime, job and career help, a request to rename the Gilpin County Arena and Exhibit building, additional fees associated with home-based businesses, hiring another HR person, and to take a moment to thank all the folks from Public Works for their snow plowing abilities.

Commissioner Isenhart expressed the County’s appreciation for all the folks that work on the snow removal crew who put in many long hours keeping our roads cleared during this last big snow storm.

Gilpin County Public Health Coordinator Bonnie Albrecht informed the online audience that Gilpin County has had 135 positive cases over the past year, and only three cases in the last 7 days. Protect Our Neighbors application has been submitted to CDPHE, and Gilpin County Public Health is waiting to receive the results of that application. The County has administered a total of 1,590 vaccines with 1,064 being the 1st dose. Overall, including the folks that went out of county for their vaccinations, the County has a total of 1,839 residents that were vaccinated with over 70% of our 70+ residents inoculated against COVID.

Gilpin County Emergency manager Nathan Whittington stated that vaccination operations have been moved to the fourth floor of the Ameristar Casino which will increase capacity for the vaccination process.

Gilpin County Clerk and Recorder Sahari McCormick presented a Special Audit for Motor Vehicle Fees. In 2018, the State mandated a new reporting system named the DRIVES system which replaced the old DOS based C-Stars. During that same time, the Clerk and Recorder’s office reported a drastic drop in in revenues being retained by Gilpin County. An investigation into the lost revenue was launched and the results are in. The intention of incorporating DRIVES is to track Motor Vehicle transactions more accurately according to the newly adopted state statutes. It was found that the County portion of the total revenue taken in is approximately $25,000 less per month while the State portion is more by the same amount. State officials feel that the variance in revenue is not a result of incorporating the DRIVES system and it was concluded that the previous C-Stars program was not aligned with current statutes.

Gilpin County Clerk and Recorder Sahari McCormick also presented Clerk and Recorder’s Report for the month of February. Recordings are up from 2020 by about $3,600 is spite of the continued Covid closures. Business in the Clerk’s office is very robust due to the ongoing projects in Central City and Black Hawk. Motor vehicles revenues are down $16,000 from 2020, but Ms. McCormick attributes that to the lack of fully trained personnel in that department’s office. Residents are encouraged to renew plates online, by mail, or utilize the drop box in front of the old courthouse.

Gilpin County Sheriff Kevin Armstrong presented the Sheriff’s Department Report for the month of February. Sheriff Armstrong led the discussion by also commending Road and Bridge, but then added the first responders to the list of folks who he also commends for doing an exceptional job during the latest snowstorm.

Dispatch saw a slight decrease in traffic during the month February with a total of inbound calls hovering around 2,200. Victim Services cases increased during that same time with most requests related to Domestic Violence.

The Detentions report reflected the opening up of the casinos with an increase of overall bookings to almost double of what was reported in January. February report showed that thirty folks ended up in the pokey for various reasons from gaming related arrests to DWI’s.

Patrol reported an increase of disturbances and trespass calls with the increase in theft being a close third. Total traffic cases increased to twenty-four with speeding, illegal passing, and reckless driving being at the top of the list for deputy contact.

Significant events for February include an increase in drug related offences in and around the area in which the Sheriff’s office confiscated purple heroine, large amounts of meth, cocaine, and fentanyl.

Auto thefts and recoveries are suddenly increasing in the area as well as in the state. In a related note, a burglary investigation at a seasonal residence in the County revealed that someone was using the property as a chop shop for stolen automobiles. Car parts, fluids and other car related items were found on the property including a totally stripped out Subaru.

Compliments received include a motorist who stopped for speeding by Deputy Rak. The party was preoccupied with the death of her daughter two weeks prior. She characterized Deputy Rak as compassionate, kind and took the extra time to talk to her and calm her down from all her emotions she was experiencing going through that process.

Gilpin County Human Services Director Laura Solomon presented a revised agreement with the Tri-County Workforce initiative headquartered in Jefferson County. A collaboration between Gilpin, Clear Creek, and Jefferson Counties, they offer a range of free job and career services, including training opportunities and job fairs, and information about unemployment resources. Tri-County Workforce helps people of all ages and stages of work life, from newcomers to those in the workforce to career changers; from those with decades in their jobs, to those re-entering the workforce after time off. They have job and career resources for people in a wide variety of fields, including in the trades, the tech sector, and the service industry. The goal is to link employees to tools that guide them on their way to success. Commissioner Sill made a motion to accept the revised agreement with Commissioner Hollingsworth seconded and the motion passes unanimously.

GCART Deputy Leader Norma Jones presented a proposal to rename the Arena and Exhibit Barn located in the Community Center complex. The proposal would be re-name the Arena as the Cody Allen Arena and the Exhibit Hall as Shelby Allen Barn. After much discussion, the Commissioner’s agreed to table this request, ponder the possibilities, and get back with Ms. Jones as soon as possible.

Parks and Recreation Director Gabrielle Chisholm presented the newly revised 2021 Parks and Recreation Independent Contractor RFP and Agreement to the Commissioners for review. Independent contractor instructors will be able to teach classes and provide an array of activities for the community without impacting the personnel budget. After some corrections to the original document, the Gilpin BoCC approved Independent Agreement unanimously.

Gilpin County Planner Tami Archer led the conversation regarding a revised fee schedule for development services. In the proposal, Short Term Rentals would be assessed a fee of $365. Camping on private property is permitted for a yearly fee of $15, but the 30-day maximum stay still exists. A proposed $100 for a Change-in-Use permits was also added which means anyone with a home-based business will be assessed this fee. Transfer Development Rights (TDR) (Option I) carries a fee of $500, and TDR (option II and III) $500 plus $100 per lot in the receiving area. Commissioner Hollingsworth inquired into the situation that if a relative or guest  is staying in a camper on your property, does this camping fee apply? Ms. Archer replied that it does. Commissioner Isenhart commented that the camping permit fee is a bit of an overreach and it is questionable whether this permit and fee is needed or not. Change-in-Use fee also drew an intense debate. Commissioner Hollingsworth stated that it would take selling a lot of cupcakes or jars of jelly to cover the $100 Change-in-Use fee. Ms. Hollingsworth continued, “This is a discussion about equity and is a discussion about not promoting small businesses in our County. We talk about diversifying the local economy. Some of these fees seem like just another roadblock for our small businesses to start-up and operate.” The Commissioners all agreed on a continuance of Resolution 21-05 and schedule a work session to answer questions completely understand the ramifications of adopting the revised fee schedule.

People, Culture, and Finance Director Lori Schrayer proposed a request to hire a highly qualified candidate to the People and Culture Generalist position. Ms. Schrayer asked the Board to authorize hiring this candidate at the top of the salary range which is $63,000 per year. The candidate has 15 years of experience in recruiting, compensation, benefits, workers compensation, training, and employee relations. Gilpin County BoCC approved the motion 2 Yea, to 1 Nay from Commissioner Sill who cited the County’s need for fiscal responsibility.

Gilpin County Attorney Brad Benning updated the Commissioners on the FAA Metroplex flight pattern change lawsuit stating that all the briefings are complete and have been submitted to the DC Circuit Court.

26 Hornblende Place zoning matters: Appointments were scheduled with the Clerk and Recorder to license all the vehicles on the property. The defendant failed to appear to those appointments and Mr. Benning requested the Board to authorize the Attorney’s office to file for administrative warrant to enter the property and remove the vehicles in question and to certify the per diem penalties as a judgement and lien against the property. A motion to authorize action against 26 Hornblende Place was approved unanimously.

Gilpin County Manager Abel Montoya updated the folks online concerning DOLA Food Bank Grant. The $90,000 Grant has been extended to September 2022 which will fund some much-needed improvements to the trailer formally known as the Public Health building. There will be some interior modifications to make it appropriate for ADA accessibility. Exterior modifications which will make the parking lot ADA compliant, and a new cement pad to accommodate the placement of a walk-in freezer.

The Gilpin County Board of County Commissioners approved the Meeting Minutes from the March 2, 2021 regular meeting.

The next online meeting is scheduled for April 6, 2021 at 9:00 am. For more information go to www.co.gilpin.co.us.

END_OF_DOCUMENT_TOKEN_TO_BE_REPLACED

Where the dead get to tell their story By Jaclyn Schrock On Saturday, August 21, the Gilpin Historical Society held their annual Cemetery Crawl. Tickets allowed the shuttle of hundreds of guests from the Teller House parking lot to the Cemetery. Depending on v... END_OF_DOCUMENT_TOKEN_TO_BE_REPLACED