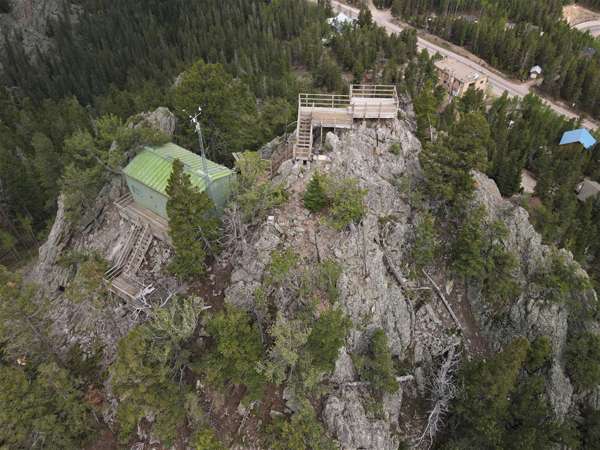 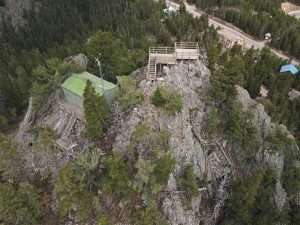 Shining star of Gilpin’s past, only heaven knows the future – Part 2 of 2

The past of the Fritz Peak Observatory is an indelible part of Gilpin County’s history. The short-term future for the 5.8-acre property, however, will remain something of a mystery. As for the future, the building is likely to get a new owner…but that likely won’t happen for many, many years.

However, the iconic building and the adjoining Dutch Peak observation deck had a life prior to 1965, when the U. S. Attorney General secured the deed for the three-parcel site that was used for more than a half-century by the National Oceanic and Atmospheric Administration and other researchers.

Nearly 20 years before the government took interest in the building, the Fritz Peak Observatory was something of an upscale hotel in Gilpin County. Horace “Skip” Severance was a World War II veteran. He and his wife, Dorothy, built the Severance Lodge in 1946-47, nearly two miles south of Rollinsville.

On the ground floor was a kitchen, gift shop, bar and ballroom. The ballroom area included a large brick fireplace. When Severance Lodge became a research facility, scientists and their associates ate at tables in the former ballroom. Next to the room was a stone staircase, which offered passage to the dormitory-style rooms upstairs. In various places, original floral wallpaper still remains, another remnant of a bygone era.

There was no internal elevator for guests to use, though there was a hand-rigged dumbwaiter for transport of supplies from the bottom floor to the bar. After the building was purchased by the government, an external elevator was added to the back of the building, so scientific equipment could be lifted to any of the floors, including the flat rooftop. The staircase connecting the second and third floors is narrow and very steep.

A one-story cottage house was later constructed behind the former Severance Lodge. Its yellow bricks match the building out front.

Wood and metal shops were built on the ground floor, so researchers could build or modify equipment needed for their work. “We fabricated some instruments here. We also purchased some equipment, too,” according to Dr. Eric Williams, a deputy director for NOAA, who conducted research at Fritz Peak Observatory about 30 years ago.

The ground floor also had an electrical power room, which contained back-up battery power systems. It was critical to maintain constant electric flow to specific machines so they could operate effectively, Dr. Williams said.

A horizontal milling machine, which weighs nearly a ton, remains in the former metal shop. It was purchased for more than $5,400 when it was new. Today, the device holds little commercial value but, due to a myriad of governmental regulations, it cannot simply be discarded.

During the past 20 years, as NOAA discontinued using the building, many pieces of equipment were hauled away. Colored laser-beam dye chemical, used for various research work, had to be removed by a Hazmat crew. Government-purchased steel desks, various tables and chairs remain in the building. In the kitchen is a working refrigerator – something one would see in a TV show set in the 1950s or 60s.

Carol Ciufolo, who previously worked for NOAA, has been to the Fritz Peak Observatory numerous times over the years. Her current role is serving as a government consultant, who is working with NOAA, the Department of Commerce (NOAA’s Cabinet Department), and GSA.

Ciufolo is handling matters related to the future of the Fritz Peak Observatory and the adjoining parcels on the property. She’s been working at the task for several years and doesn’t anticipate the process being complete for several more.

Disposing of the building and property won’t take an act of Congress – although it’s pretty close. After NOAA formally signs all paperwork, certifying it no longer needs the building, and the Department performs a similar screening and certification process, GSA will offer the site to other federal departments. Should none of them want it, the GSA will offer it to other government agencies; first, at the state level; then, at a county level. Should no government entity express an interest, the historic lodge-turned-to-observatory may be put on the open market for sale.

“It’s a lot of work to get rid of a piece of property,” said Ciufolo. “Selling the Fritz Peak Observatory will take a while.”

(Editor’s note: Special thanks to NOAA’s Dr. Eric Williams and NOAA Consultant Carol Ciufolo for giving the Weekly Register-Call exclusive access to the Fritz Peak Observatory and providing information used for this series.)

he remaining equipment and memorabilia stored inside the building. Photo: Don Ireland

Parts of a spectrometer and other equipment, some pieces weighing a ton, are in the process of being removed from inside the observatory. Photo: Don Ireland 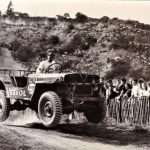 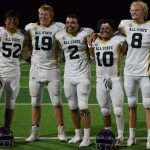