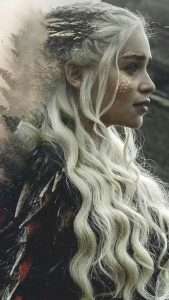 Streaming services overview – if you have the speed

In 1948 cable television was born to service remote areas of Arkansas, Oregon, and Pennsylvania bringing network television to homes too far from broadcast antennas to get reception. Forty years later, the cable television conglomerates were set to dominate television viewing for a price consumers were willing to pay. Fast forward another forty years to today and cable television may be on death’s doorstep thanks to internet streaming because of the price they demand. The introductory deals of $60 per month to access hundreds of channels quickly increases to the point where households are paying an average of $156 per month (per Consumer Reports in 2018). Many folks are realizing that they are paying for hundreds of channels they never use and are finding ways to “cut the cord” of cable television adapting an internet-streaming-only strategy for their entertainment. The individual media companies are quickly catching on and now we have a plethora of services to choose from; each offering something a little different, and it would easy to start paying more than average cable costs if we sign up for everything available. The following is a high-level summary of the more popular choices and their current costs (as of the summer of 2020). Most services offer a basic entry plan (some are free) at minimal cost, and then offer other plans with more content, no ads, more features, or better quality at an additional cost. A handful will offer other streaming services at either a very slight discount or the same cost as subscribing directly to that service. The streaming services fall into three categories: mimicry of cable; specific interests; and general access to multiple forms of media.

The Mimicry of Cable

Several streaming services try to grab the ex-cable user with access to the familiar cable channels for news, sports, movies, and television, but a price perhaps worth considering. These services include Sling TV, YouTube TV, FuboTV, and AT&T TV.

Sling TV will get you almost everything a cable company gives in their basic plan. Upgrading to their premium plan ($60 per month) will add Showtime, Stars, and Epix movie channels and give you 10 hours of recording time on their “cloud DVR” platform. (The old DVR box from cable companies but based on internet cloud technology).

YouTube TV will give you unlimited cloud DVR space and gives you access to local network channels (Denver area channels) with their single plan option for $65 per month. This plan opens up most of the non-premium cable channels like Discovery, Food Network, CNN, and Fox. Just like cable, you can add the premium channels for an extra cost.

FuboTV will give you local news and sports channels with your basic cable channels for $60 per month. Their premium plan will add $15 per month to your bill and grant access to many more sports channels.

AT&T (formerly Direct TV) has three packages to choose from starting at $60 per month for a lineup similar to non-premium cable. Upgrades will get you HBO and sports.

There are literally hundreds of streaming services that target a specific viewing audience. Documentaries, BBC TV, horror, boxing, MMA, DC comic stories, independent films, and commentaries are just a handful of the offerings. If anime is your thing, there are services for dubbed only, classic, all around, and modern anime. Dazn TV will bring you all the boxing and MMA your heart could desire for $20 per month (added bonus, this includes all pay-per-view special events at no extra cost). ESPN+ will bring you the live pro and college games and the exclusive commentary in their unique style for only $5 per month. You can choose to “bundle” their service with Disney+ and Hulu for a total of $13 per month. BritBox opens up the world of BBC TV and ITV for $7 per month.

The next streaming services open the doors to their own exclusive content as well as thousands of movies and television series. These services include Hulu, Peacock TV (NBC), CBS All Access, HBO Max, Amazon Prime, Disney Plus, and the granddaddy of them all, Netflix.

Hulu is a true hybrid in that they offer many television shows and movies for a basic plan of $6 per month, however you can upgrade to include most cable channels including HBO and ESPN for $61 per month. If that’s too much for you, then their $12 per month plan which eliminates ad breaks might be more your speed. Adding live television (local channels and sporting events) bumps that up to $55 per month. Hulu also offers the Disney+/ESPN+ package for $13 per month.

Peacock TV was just launched this July and is free. The ad-heavy basic plan gives you access to NBC shows not found on other services such as Saturday Night Live, and Parks and Recreation, and has non-recent movies. They have a premium plan costing $5 per month which unlocks a lot more content and reduces the ads. For the free version, they do not require payment information which may be appealing if giving internet services your credit card number makes you nervous.

CBS All Access is similar to the Peacock in that it unlocks access to your favorite CBS shows like “NCIS,” “Blue Bloods,” and “Survivor.” CBS has several high-quality original productions like “Picard” that you will only find through this service.

HBO Max is like having your favorite premium cable channel without paying for everything else. They charge $15 per month for thousands of movies and their original shows like “Game of Thrones” and “Westworld.” There are no upgrades offered, so you get what you get.

Amazon Prime TV can be had without an Amazon Prime (shopping website) subscription for $9 per month. This will get you their original TV series like “Bosch” and “The Marvelous Mrs. Maisel” and many other television shows and movies. The amount of content available opens up considerably if you subscribe to their Prime website service ($119 per year or just under $10 per month). Amazon Prime also allows you to watch other streaming services through their player such as CBS All Access, HBO, Starz, and Cinemax (you must subscribe to each service separately).

Disney Plus launched earlier this year to critical fanfare. Their premium offerings were limited because Disney does not yet have the exclusive rights to certain products such as the Marvel Cinematic Universe and Star Wars (the movies). They did unlock practically their entire “vault” of Disney movies (you won’t find “Song of the South” on that list for obvious reasons) and they have their own original series like “The Mandalorian” and “The World According to Jeff Goldblum.” As contracts for the material they will be obtaining expire, the value of Disney Plus will go up.

Netflix is perhaps the best bang for your buck if you want high-quality, recent movies and television options along with an extensive library of options. A basic service costs you $9 per month and upgrades will get you better video definition and multiple screens (two people using the same account can watch on two devices, for example). If you wanted to, you could easily add their DVD mailing service for an additional $8 per month. Netflix was early to the streaming game and has used their time to wisely create high-quality original shows (like “Stranger Things”) and adapt their platform to the customer.

A Word of Warning

Before taking a nosedive into streaming, do your research. Not all services work with all devices. Apple TV for example, only works on Apple products, Peacock TV and HBO Max are not compatible with all manufacturers (smart TVs). It is easy to sign up for services and then forget you are still paying for them several months from now. My family started paying for CBS All Access several years ago specifically to catch up on one show. After that show was over, we promptly forgot we were paying for it until we started wondering where all our money was going. We also found that subscribing to a streaming provider for one specific show would end up costing us more than purchasing the same show on blu-ray or DVD.

Cutting the cable cord is easy, but navigating the streaming world may be tricky. There is something for everyone’s interests, but if you want too much, you will end up paying more than you did for cable. Once you cut the cord, you will just have to accept that certain shows or movies will no longer be accessible. You can choose to subscribe to a service that has the look and feel of cable for about the same as the introductory cable prices, or you pick and choose some specific services that more closely meet your needs. The consumer is boss in today’s entertainment world and you really can get whatever you want.

END_OF_DOCUMENT_TOKEN_TO_BE_REPLACED

Benefitting the county, schools, and much more By Don Ireland   This year marks the 30th anniversary of casinos opening in the former little mining towns of Black Hawk, Central City and Cripple Creek, Colorado. In those early years, smoking was allowed inside ... END_OF_DOCUMENT_TOKEN_TO_BE_REPLACED