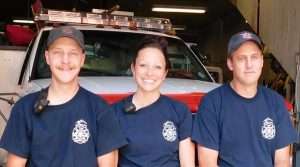 The Central City Council met with Staff on August 7, 2018, at 6:00 pm, to discuss matters concerning the Belvidere Theatre and a proposed Sales and Use Tax increase.

Community Development Director Ray Rears gave an update on the Belvidere Theatre renovation project. The roof is in a poor state and city staff has requested an emergency fix so that water will not continue to enter the building and contribute to its deterioration.Looking forward, to begin renovations, architectural drawings must be obtained and to get accurate architectural drawings, some exploratory demolition must be done. The cost of the entire project with the result being reliable and current architectural drawings would be $360,000. The City has applied for a DOLA grant equaling half that amount. An RFP was released August 2 with a due date of August 31 for the project and the City has already received several calls from firms across the country interested in doing the project.

Alderwoman Laratta inquired about the timeline for improving the exterior face of the building and Rears responded that it will be sometime in the future as they must direct attention and funding to more immediate preservation matters. Alderwoman Laratta said that she understands the importance of the roof, “but in the meantime, the outside remains just as ugly as it ever was. It’s an ugly building and it’s ours and it’s at the entrance to our city and I will be bringing this up from time to time.”

Alderman Aiken asked Manager Miera how “our numbers” (referring to revenue and expenses) are looking this year compared to last year. Miera responded that revenues are up over the estimated budgeted amounts, especially in gaming device fees. Aiken replied, “I guess that ugly building isn’t keeping people from visiting the City.” Manager Miera stated that the goal is to get the Theatre open and put to use as soon as possible.

Manager Miera then reviewed the proposed increase of the Sales and Use Tax which would be on the November ballot for voters to approve should the Council approve the resolution. The City receives just shy of $250k in property taxes which is a common fund source in other municipalities for emergency response services and equipment. Currently, the tax rate is four percent, so it would go up to six percent which is a 50% increase. The increase is projected to add $550k in the first fiscal year. The total fire budget (not including capital improvements) is $518k; which also covers Gilpin Ambulance Authority and dispatch communications. The Central City Fire Department does not have the station up to code, much less suitable for housing for shift workers. The funds collected from the increase in the tax would be earmarked for fire protection and public safety services including maintenance of equipment, fire prevention, inspections, capital improvements, and replacing outdated equipment.

Alderman Aiken inquired on the progress of the “bubble building” which would house fire apparatus just off the Parkway near the CDOT shelter. Manager Miera responded that the building project should be completed before the term for the Apex building expires later this year.

Mayor Heider invited comments from the public and Jack Hidahl chose to address the Council. Hidahl stated, “The fire department needs financial support, but I don’t think you know how much of a chunk you’re biting off with this increase.” Hidahl explained that this is a 50% increase in sales tax that will be a hard sell to the voters in this community. He also stated, “I couldn’t support this unless there is a very detailed explanation of how the monies will be spent.” He expressed concern that the City is not getting as much tax as it is entitled and suggested spreading the increase across three taxes; sales and use, property, and lodging.

Mayor Heider led the Pledge of Allegiance and then asked for any amendments or additions to the evening’s agenda. Attorney McAskin pointed out that the Consent Agenda should be amended to read the “City Council Minutes of the July 17 meeting, and not May 29; additionally, the regular bill lists should be through July 27 rather than May 30.

Mayor Heider asked if there were any conflicts of interest between any of the council members regarding the items on the agenda; there was no response.

The Mayor called for a motion to approve the consent agenda which consisted of the minutes from the July 17 meeting and regular bill lists through July 27. Alderwoman Voorhies moved to approve the Consent Agenda and was seconded by Alderwoman Laratta. The motion passed unanimously.

Wendy Swanhorst, from Hinkle and Company LLC, addressed the Council regarding the annual audit of their financials. “Our opinion is that all numbers are fairly stated,” said Swanhorst, which is high praise from an auditor. She also said there are no significant issues with transparency. The auditors did have some concerns surrounding internal controls due to the size of the City Staff. Finally, there were some adjustments to year-end 2017 numbers which increased the amounts in certain accounts. The City started with more money than projected on the 2018 budget.

Alderwoman Voorhies moved to approve the audit report and was seconded by Alderwoman Laratta. The motion passed unanimously.

Rachel Schmalz, a sophomore in Hastings College and resident of Central City, addressed the Council with her request for scholarship funds through the Promise Program. Rachel has excelled at Hastings and has found “a lot of opportunities.” She informed the Council that she will be doing independent research on JFK in Ireland during her third year. Rachel’s proud parents were in attendance.

Manager Miera informed the Council that this is the third request for the Promise Program this budget year and if approved, will exhaust the budget. He also said there are no expectations of any other applicants.

Alderwoman Laratta moved to approve the scholarship for Ms. Schmalz and was seconded by Alderman Aiken. The motion passed unanimously.

City Clerk Reba Bechtel introduced Resolution 18-18 which would call for the November 2018 election to be held as a mail ballot election in accordance with the municipal election code. Bechtel also declared that petitions for vacancies on the Council are available and can be submitted through August 27. There are three seats available, two Alderpersons and one for Mayor.

Alderwoman Voorhies moved to approve Resolution 18-18 and was seconded by Alderwoman Laratta and Alderman Aiken simultaneously. The Resolution passed unanimously.

Granting Funds for the Belvidere

Manager Miera introduced Resolution 18-19 which would ratify the submission of a DOLA Grant related to the Belvidere Theatre Rehabilitation Project. The City is seeking $179k for the development of architectural plans association with the project. The Resolution is a required component of the grant application process.

Alderman Aiken moved to approve Resolution 18-19 and was seconded by Alderwoman Voorhies. The Resolution passed unanimously.

The City Attorney introduced the first readings of Ordinances 18-08 and 18-09 concurrently. Ordinance 18-08 would conditionally include certain property into the boundaries of the BID, and Ordinance 18-09 would exclude the same property from the boundaries of the BID. The Council approved a similar Ordinance in 2017 that excluded 16 properties from the boundaries of the BID due to the properties being owned by the City; a non-taxable entity. After that action, bondholders approached the City with concerns that the language was too ambiguous. They felt that if the City should decide to sell any of their properties to a business owner, that owner could be exempted from the BID. The Ordinances being considered would resolve that ambiguity. Manager Miera stated that the wording in the new Ordinances “makes some nervous parties more comfortable.”

Alderman Aiken moved to approve the first reading of Ordinance 18-08 and set the public hearing and second reading for Tuesday, August 21, 2018, and was seconded by Alderwoman Laratta. The motion passed unanimously.

Alderwoman Voorhies moved to approve the first reading of Ordinance 18-09 and set the public hearing and second reading for Tuesday, August 21, 2018, and was seconded by Alderwoman Laratta. The motion passed unanimously.

More Spring in Your Step

Director Hoover introduced Resolution 18-20 which would approve a change order for additional work related to the Spring Street Rehabilitation Project and authorize the City Manager to execute the change order. The project includes renovating the sidewalks, plus the milling and overlay of asphalt. The project is being held up by Xcel Energy’s project of burying conduit lines for lighting. The change order instructs the construction company to bury the conduit lines (instead of Xcel) which would allow the rest of the project to be completed during this year’s construction season. The increase in cost is about $39k. The majority of that cost would be recovered from Xcel Energy the following year. The start date for the project is August 9.

Mayor Heider opened the floor for the second Public Forum for anyone to speak to Council. No one chose to speak to the Council.

The council moved to enter Executive Session at 7:58 pm to determine positions relative to matters subject to negotiations regarding proposed device fee rebate agreement. The next regular Council Meeting will be Tuesday, August 21, 2018.

END_OF_DOCUMENT_TOKEN_TO_BE_REPLACED

Benefitting the county, schools, and much more By Don Ireland   This year marks the 30th anniversary of casinos opening in the former little mining towns of Black Hawk, Central City and Cripple Creek, Colorado. In those early years, smoking was allowed inside ... END_OF_DOCUMENT_TOKEN_TO_BE_REPLACED