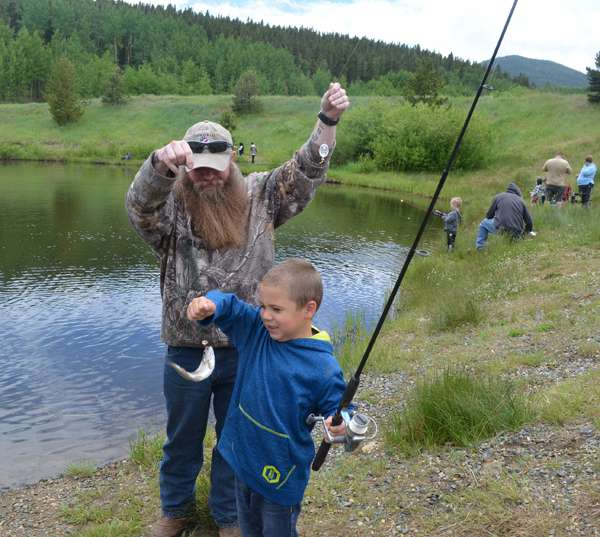 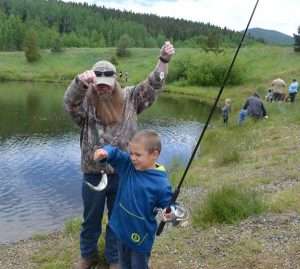 Kids and dads, along with other family members, joined for a day of fun at the 23rd Annual Father’s Day Fishing Clinic on Sunday, June 17, at William C. Russell Park and Pond in Central City. The Gilpin County Community Center presented the event. Sponsors were Colorado Parks & Wildlife, Gilpin County, Central City, and Base Camp at Golden Gate Canyon.

This year’s event was more of an instructional clinic than a competitive derby, as in past years. The clinic featured instruction in knot tying, how to bait a hook, and species of fish, along with a backyard casting game. Participants were encouraged to enjoy the area responsibly by practicing the principals of “Leave No Trace,” among which are disposing of waste properly, minimizing impact on the environment, and being considerate of others. “Let’s Go Fishing” instructor’s manuals, coloring pages, and 2018 Colorado Fishing magazines were also available.

Although the focus was on learning, the first five kids to catch fish did win fishing poles, and raffles were held throughout the afternoon with a choice of prizes, including poles, tackle boxes, Swedish Fish candy, and more.

Tom and Carey Ihme of Base Camp kept busy cooking up free burgers and dogs for hungry anglers. The Central City Elks also assisted with the food, and the City of Central provided all beverages.

Gabrielle Chisholm, assistant coordinator of the Community Center, said there were about 25 kids registered from ages one and a half to 19.

The pond had been stocked on June 11. A few sprinkles and showers encouraged the fish to hit those lines, and the first five fish were caught within a short time. Some of the kids had good luck with the irresistible PowerBait, while others used flies or drowned worms. There was many a beautiful cast, along with many a dad patiently helping a child who had caught the bottom of the pond.

“All we’ve caught is seaweed.”

“I’d rather catch my fish at King Soopers – that way they’re all cleaned and packaged and it’s easy.”

No matter whether it’s the first time, tenth time, or umpteenth time, the thrill is still there – for dads and their offspring alike! 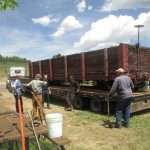 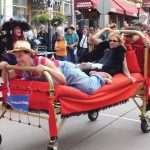