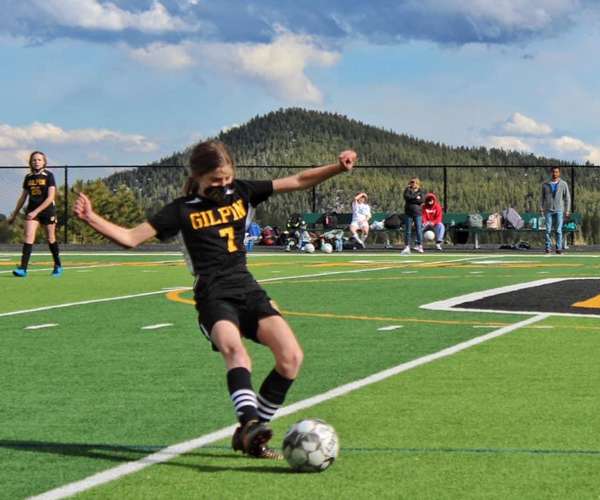 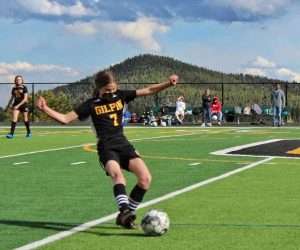 With Gilpin County School Board

To start the second Gilpin County School Board meeting in the month of May, Dr. David MacKenzie gave praise for the 2021 Gilpin Grads. The senior class graduated with a 100% graduation rate, and together earned over $463,000 in scholarships. Dr. Dave praised Secondary Principal, Alexis Donaldson for organizing an amazing commencement ceremony.

Dr. Dave lauded the accomplishments of the Middle School Girls Soccer team in their inaugural season. The creation of this new extracurricular offering was spearheaded by coach and Gilpin staff member Sunshine Vincent and co-coached by Suzanne Diekman. The first season was shortened by the cold and snowy weather this spring. When I asked coach Sunshine Vincent about the season, she shared that cancellations allowed them to practice and grow as a team. Incidentally, the team’s four games all happened in one week.

The first game ended in a 6-0 loss against Academy, Vincent said that even in frigid cold the girls played strong and offensive. She then commended the defensive player, goalie Madie Lane for stopping countless shots in the freezing rain. The next two games were a double header with the first game against Clear Creek ending in a tie after going into double overtime. With only a 15 minute break between games they ignited to win the second game against Kipp 5-1. A few days later, the girls then went on to beat Clear Creek and get to the playoffs. Early in the championship game against Academy, goalie Maddie Lane suffered a finger injury and was replaced by Jadie DiMauro. Jadie played hard, saving 24 of 29 shots. During the game Elise Vincent and Faith Ramsey scored two goals, but with a score of 3-2 the team ended the season in 2nd place.

The Board moved on quickly after a lengthy presentation by community member Dr. Richard Giordano about transgender girls playing in girls’ sports games. Gilpin’s policy, AC-E-3 Guidelines Regarding The Support Of Students and Staff Who are Transgender and Gender Nonconforming is designed to address the needs of trans students on an individual basis. The policy, in summation, recognizes that trans people have unique experiences and deserve protection. The policy provides that at Gilpin trans students have a right to grow without discrimination by participating in a positive caring culture. It bolsters the right of every student to be part of a supportive school community directed by a caring team of coaches, teachers, and administration capable of making individual choices on how to run equitable programs and compete fairly. Dr. Giordano invited the board to join him in an effort of changing CHASA’s (Colorado High School Activities Association) inclusive policy.

Board members approved the first reading of the proposed preliminary 2021/22 budget. Gilpin School’s Financial Director Terry Scharg highlighted the significant changes. She reported that the budget includes increased revenue from the Black Hawk Educational Enhancement Tax and various grants, as well as increased preschool enrollment and an increase in the state equalization funds. Expenses grew by adding four para positions and one in food service.

Expenses for textbooks and athletics will increase to make up for books and uniforms not purchased during the pandemic. The budget also includes new scoreboards for the competition gym. The board discussed whether to do à la carte lunch items in the next school year because it is marginally profitable. The current budget has a negative factor of around $300,000.

The meeting continued with a presentation by Elementary Principal Heather Huntoon who celebrated elementary students’ successes in this school year. Board member Tracy Krug thanked Huntoon for providing so much data, and showing so much growth in a difficult school year. Huntoon praised her staff’s diligence in working with all students individually and in small groups to fill learning gaps. The board went into executive session to discuss staffing issues for the 2021/22 school year. 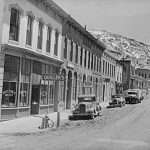 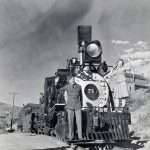