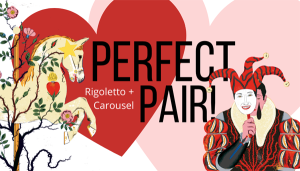 PRESS RELEASE – For over 40 years, an unlikely place has been ground zero for the professional development of young singers with their sights set on careers in opera, musical theater and classical music. Central City, Colo., a small mountain town 35 miles west of Denver, is typically known for its mining history and casino resorts. However, during the summer months it becomes a performing arts mecca, with select rising stars traveling to Colorado for the Bonfils-Stanton Foundation Artists Training Program during Central City Opera’s annual Festival.

The program was created by Artistic Director Emeritus John Moriarty in 1978 and named in honor of an endowment gift from the Bonfils-Stanton Foundation. Out of nearly 1,000 applicants each year, 28 hand-selected singers are cast in Festival productions and receive valuable training in performance and career management. Sessions include audition strategy, resume writing and maintaining a performance portfolio. The rigorous ten-week program also includes daily training in language, movement, stage combat and individual vocal coaching.

“The Bonfils-Stanton Foundation is proud to have endowed the Central City Opera Artists Training Program in 1998 with a total gift of $2.5 million,” says Bonfils-Stanton Foundation President and CEO Gary Steuer. “Our original namesake benefactors, May Bonfils and Charles Edwin Stanton, both loved Central City Opera and would be honored that this program that carries the Foundation’s name has become a national model for the development of young opera singers. The Foundation believes deeply in the power of the arts to transform lives and communities, and for the arts to remain vibrant we must cultivate and support our young artists, which this program does so well.”

Trainees earn a salary with benefits and are categorized into two tiers, Apprentice Artist and Studio Artist. Apprentice Artists have solid educational and professional performance backgrounds and are continuing to develop the vocal and acting skills necessary for a lasting career. Studio Artists are younger singers, often in the process of completing degrees in performance, who have demonstrated potential and are seeking professional experience beyond their college or university.

The 2019 season marked the inauguration of Michael Baitzer as the Director of the Bonfils-Stanton Foundation Artists Training Program. A fixture of the Central City Opera music staff since 1999, Michael has been the Festival’s Principal Coach since 2012 and is also the Head of Music Staff at Washington National Opera. An active coach and collaborative pianist, Michael has served on the faculties of many other premier programs, most recently Wolf Trap Opera Company, The Juilliard School, Spoleto Festival USA and Aspen Music Festival and School.

Founded in 1932, Central City Opera is the fifth oldest professional opera company in the country and is renowned for its exquisite world-class productions, competitive and robust young artist training program, and creative educational and community engagement activities. Its summer festival, only 35 miles west of Denver, takes place at 8,500 feet above sea level in the Colorado mountain town of Central City, where the company owns and maintains 29 Victorian-era properties, including the intimate 550-seat jewel box opera house built in 1878. For information, visit centralcityopera.org. For tickets and additional inquiries, call (303) 292-6700 or email boxoffice@centralcityopera.org.

END_OF_DOCUMENT_TOKEN_TO_BE_REPLACED

Benefitting the county, schools, and much more By Don Ireland   This year marks the 30th anniversary of casinos opening in the former little mining towns of Black Hawk, Central City and Cripple Creek, Colorado. In those early years, smoking was allowed inside ... END_OF_DOCUMENT_TOKEN_TO_BE_REPLACED