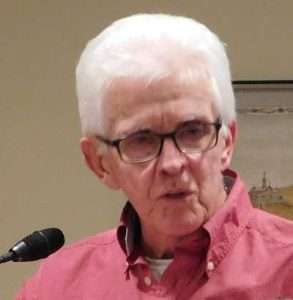 The Central City Council met with Staff on Tuesday, October 10, 2017 for a work session prior to the regular council meeting. The topics of conversation were the future of the Central City Fire Department, a change to the trash and recycling fee, and a review of the sign code.

The City was given official notice that their IGA with the County to lease space in the Apex building for firefighting apparatus and vehicles will not be renewed effective January 1, 2018. Staff would like to submit an RFP to have a membrane building (spatial structures built with tensioned membranes; the DIA roof is a membrane building) built just south of the sand shed on the Central City Parkway. The cost would come from the Transportation Enterprise Fund and the building would belong to the Public Works Department. The Fire Department would lease space from Public Works in the building. Council directed staff to move forward with an RFP to get costs and timing for the building project. Mayor Heider remarked that there are no other options at this time.

Trash and recycling services are projected to cost the City $90,000 for 2018 which is a significant increase over 2017. The same service has seen a significant increase in the past three years. Part of the reason for the increases are the decrease in profitability of recycling. Director Hoover stated he is not sure recycling is as essential of a service as trash removal is. “Forty percent of people using recycling throw contaminated products” among other recyclables, reported Hoover. Examples of contaminated items are pizza boxes with stuck on cheese, unrinsed containers, and non-recyclable items. When these items are mixed in with good recyclables; the entire load is redirected to the landfill. No decisions were made at this meeting, but Council will consider this during budget talks as they decide whether to continue to provide free recycling services to residents.

The sign code revisions would include the addition of an industrial zone along the Central City Parkway, provisions for signs overhanging the sidewalks, and electronic messaging signs (EMCs). The proposed changes would allow one EMCs on the interior of the businesses seen through a window, and have limitations on brightness, size, and duration of message. Mayor Heider previously contacted the National Parks Service for their opinion on EMCs in a historic district. Heider read a response from the National Parks Service, and while not a federal issue, they provided an opinion. The Parks Service stated that EMCs would add modernization to a historic district and degrade its historicity. Alderwoman Laratta is “100% in favor” of EMCs and Mayor Heider responded emphatically she is “100% against.” Alderwoman Bell reported she is in favor, while Alderman Aiken stated he is against. Bell and Heider had an exchange of opinion contrasting the restrictions placed on business effecting economic vibrancy and historical reputation with authenticity. Alderwoman Voorhies definitively interjected she is “100% against” EMCs. Alderwoman Laratta stated “We’re so focused on our period of significance, I’m afraid we will become insignificant.” With the majority of Council against EMCs, Staff was directed to move forward with the other elements of the sign code changes. Manager Miera clarified that the Council is open to having EMCs outside of the Historical District, such as along the Central City Parkway.

Mayor Heider led the Pledge of Allegiance and then asked for any amendments or additions to the evening’s agenda. Attorney McAskin requested additional language to an Executive Session item. The Council approved the agenda as amended. The Mayor then asked for a moment of silence in respect of the Spellman and Schmalz families regarding the recent passing of Mark Spellman.

The Mayor called for a motion to approve the consent agenda which consisted of the minutes from the September 19 meeting and regular bill lists through October 4. Alderwoman Laratta moved to approve the Consent Agenda and was seconded by Alderman Voorhies. The motion passed unanimously.

Mayor Heider opened the floor to the public for anyone who wished to speak to a topic on that night’s agenda. Three people signed up to speak to the Council.

Don Boring, owner of Annie’s Emporium, addressed the Council. He reminded council of the last time he came to the council with a concern about marijuana limitations. The Council acted swiftly to his, and other owner’s concerns, and the public literally applauded the Council for their decision. Boring hopes the spirit of communication and partnership will continue this time around as they consider limitations of licensing after the moratorium (Mayor Heider stated she prefers the word, “suspension”) expires November 30.

Brandon Cowhey, owner of Green Grass dispensary next addressed the Council. Cowhey recommended a buffer zone instead of a number limit for marijuana stores.

David Michael, general counsel for Igadi dispensary, also addressed the Council. Michael stated that “Adding more stores is not in the best interest for Central City or its citizens.” He recommended a buffer zone as a reasonable alternative.

The Main Street Central City Commission had a vacancy for its alternate position. There were two applicants for the vacancy: Adam Mason and Shelby Wood. Mr. Mason was present at the meeting and addressed the Council. Mason recently moved to Central City. Ms. Wood did not attend the meeting.

Alderwoman Voorhies moved to approve Adam Mason for the Main Street Commission and was seconded by Alderwoman Laratta. The appointment passed unanimously.

Director Rears introduced the first reading of Ordinance 17-09 which would amend certain sections of the Land Development Code to implement new land use regulations concerning marijuana. Rears reported that the recommendations from Council regarding buffer zones for marijuana licenses during an earlier work session were presented to the planning commission. The Planning Commission increased the buffer zones in the Historic Downtown Gaming District from 200 to 500 feet, and in the Gregory Gulch District from 500 to 1,000 feet. The Planning Commission took comments from business representatives before increasing the zones.  A representative from the Planning Commission reported they wished to create a cap to the number of licensees by using buffer zones instead of a solid number.

Alderwoman Voorhies moved to approve Ordinance 17-09 and set the public hearing and second reading for Tuesday, November 7 and was seconded by Alderwoman Laratta. The motion passed unanimously. Alderman Aiken approved the vote, but expressed his preferences for a cap.

Director Rears next introduced the first reading of Ordinance 17-10 which would amend the Land Development Code. The changes are administrative that clarify some points in the Code regarding heavy truck and RV parking in the City.

Alderwoman Voorhies moved to approve Ordinance 17-10 and set the public hearing and second reading for Tuesday, November 7 and was seconded by Alderwoman Laratta. The motion passed unanimously.

Manager Miera reported that Gilpin County donated Brush Truck No. 32 to the City.

Mayor Heider said she thought the “Hot Rod Hill Climb was fantastic.” Miera responded that they are planning to come back next year.

Barbara Thielemann addressed the Council regarding the Main Street Commission. She welcomed Adam to their numbers and then announced the Great Pumpkin Patch event on October 21 and 22 at 11am. The event includes hot cider, hot chocolate, a bouncy castle, and pumpkin decorating for the kids.

Executive Director of the Business Improvement District Joe Behm addressed the council. Johnny Zs Casino and Base Camp did a benefit for the Las Vegas shooting victims and Behm thanked the people who helped put that together. Behm then expressed his disappointment that the City has not clarified the sign code regarding construction related signage. When construction becomes prohibitive for businesses, the old code had provisions relaxing the regulations allowing businesses to post larger signs. He urged the City to work with the businesses to get this figured out since the Black Hawk construction will continue to negatively impact Central City businesses as it erects a parking structure.

The Council moved to go into Executive Session at 7:53 pm to discuss the potential lease of a real property interest held by the City and lease of a property which no members of City Council has a personal interest, to receive legal advice on questions regarding draft findings in the state audit related to the City’s utilization of State Historical Fund distributions, and to discuss legal questions regarding pending water rights cases. The next regular Council Meeting will be Tuesday, November 7, 2017.

END_OF_DOCUMENT_TOKEN_TO_BE_REPLACED

Where the dead get to tell their story By Jaclyn Schrock On Saturday, August 21, the Gilpin Historical Society held their annual Cemetery Crawl. Tickets allowed the shuttle of hundreds of guests from the Teller House parking lot to the Cemetery. Depending on v... END_OF_DOCUMENT_TOKEN_TO_BE_REPLACED