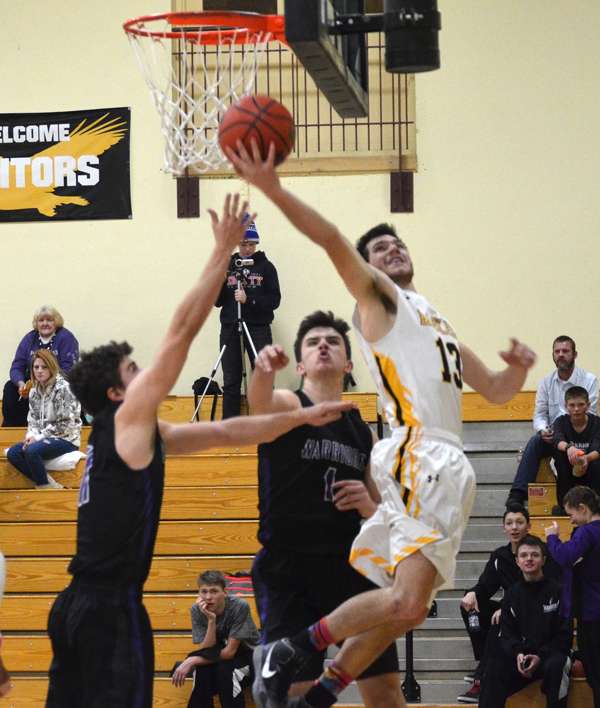 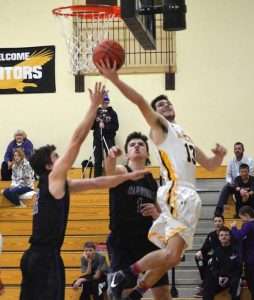 Both the boys’ and girls’ varsity teams at Gilpin High School soared to victory following their winter break. The boys gripped a 51-46 non-league win against the Cornerstone Christian Academy Bulldogs of Westminster (CCA) on January 3 on Gilpin’s home court.

“Our players demonstrated a lot of grit and determination to overcome adversity and win that ball game,” said Gilpin Eagles Head Coach Paul Hanson. “They were down 8 points at halftime, but came out and just dominated the second half. It was a great team effort, and I couldn’t be more proud of them for getting it done in the second half.”

The team got off to a good start in the first quarter with 12 points, only 1 point behind their opponent. They did falter in the second quarter, gaining only 5 to CCA’s 12. However, they pulled together 17 points in the third quarter to threaten the Bulldogs and kept the pressure on, scoring 17 again in the final period. By then, CCA was out of gas and scored only 8 points.

Matthew Immordino led the Eagles with 24 points, including 1 three-point field goal and 7 free throws. Teammates Will Lorenz, Alex Wilhelm, and Austin Boulter followed with 6 points each. Other leaders were Braedyn Perez with 3 and Nick Petersen, Eryk Lorenz, and Chris Burtschi with 2 each.

Austin Boulter grabbed 7 offensive and 5 defensive rebounds for Gilpin to contribute to the total of 37. Immordino and Boulter also topped the Eagles in steals with 6 and 5, respectively.

The boys did not fare as well against the Longmont Christian Warriors, who defeated Gilpin 61-42 in a home league battle on January 6. Longmont rattled Gilpin with 11 quick points before the Eagles could get on the board, scoring only 6 in the first quarter.

The Eagles tried to rally in the second period, outscoring their competitors 16-11. Highlights included a steal by Immordino for 2 points and a 3-point basket by Will Lorenz.

If Gilpin had continued the effort after the halftime break, the outcome would, of course, have been much different. But the scoring accuracy and poise of Longmont’s mostly senior team was impressive, and Gilpin was limited to only 7 points in the third quarter. The Eagles did a good job on passing, however, and were pretty accurate on their free throws. To their credit, they did not give up as their opponents’ margin grew, but worked hard in the fourth quarter and outscored the Warriors 13-11.

Junior varsity boys lost to the Warriors 28-25; there was no JV girls’ game.

The Eagles varsity also lost to the Lake County Panthers at Leadville in a non-conference contest on January 7 by a respectable score of 40-36. Gilpin’s record is now 1-6 overall, 0-2 in league play.

Ball is in the Girls’ Court

The Gilpin girls have enjoyed success with three wins this month. They topped Cornerstone Christian (CCA) by a resounding 53-12 on January 3 at home in a non-conference match-up. That brings their overall record to 4-3 and 1-0 in league games.

Aspen Nadeau was selected as Player of the Game, scoring 6 points and contributing 7 field goal assists. She also had 3 offensive and 1 defensive rebound. Cicely Lepro was the scoring leader with 17 and had 15 assists. Katelyn Armstrong, Keely Schmidt, and Jessica Wilhelm followed with 6 points each.

Schmidt was the rebound leader with 3 offensive and 4 defensive; the Lady Eagles grabbed 29 total rebounds. Berkley Davis got 7 assists; she and Annabel Diekman each got 4 steals.

The Lady Eagles also defeated the Longmont Christian Warriors, who were just beginning their season. The home conference game netted Gilpin a 51-9 victory on January 6. Lepro was tops with 12 points for Gilpin. She was joined by Nadeau with 8 and Schmidt and Nicole Adams with 7 apiece.

Katelyn Armstrong was chosen Player of the Game, sinking 2 two-pointers and a free throw and making a fine overall contribution.

Finally, the Gilpin girls flew past the Lake County Panthers 44-19 on January 7 on the Panthers’ court. Berkley Davis received Player of the Game honors, helping lead the team with 6 points. Lepro scored 13, including 1 three-pointer. Armstrong sank 4 of 5 free throws, for an impressive 80 percent average. Wilhelm contributed 12 points, and Schmidt also put 6 on the board. 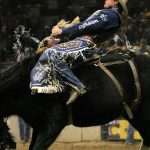 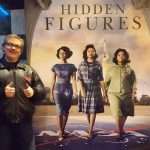 Hidden Figures – best movie of 2017 so far
Leave a comment