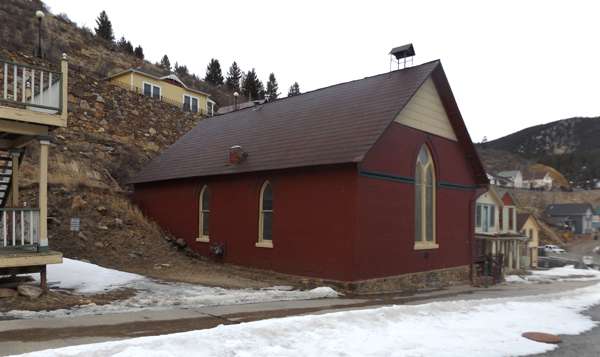 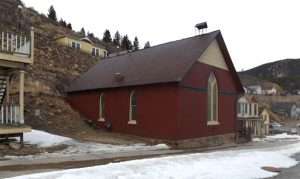 Troy Cooper is a Colorado native and is from the north Denver metro area. He is has an undergraduate degree from Colorado State University and a Masters in Organization Leadership from Regis University. Troy has worked in Law Enforcement for over 25 years including more than 10 years with the 1st Judicial District Attorney’s Office as a Senior Criminal Investigator. Troy has extensive experience with patrol operations, criminal investigations, community outreach, and personnel management. Troy is married with one daughter, who is currently attending Colorado State. He likes to travel, work on home improvement projects, and loves spending time with his family and his two Bernese Mountain dogs named Bessie and Mabel.

Black Hawk City Council approved the minutes from the March 13, 2019 regular City Council meeting with no corrections or amendments.

Black Hawk City Council approved a Resolution Approving the Cooperation Agreement Including a License Agreement and a Temporary Construction Easement between the City of Black Hawk and the Rocky Mountain Evangelical Free Church. The property that is licensed is the interior and exterior of the structure located at 331 Gregory Street in order to allow the City to do testing and enter and evaluate the church structure to assess its safety and stability as needed to recommend needed repairs and improvements. In addition, the Church hereby grants the City the permission to rehabilitate the exterior of the Church, at the sole cost and expense of the City, including removing paint, and replacing bricks and masonry thereon.

A Resolution Approving the Purchase of a 2019 Hurco Waterline Valve Exerciser & Vacuum Trailer from Ten Point Sales and Marketing, LLC in an amount not to exceed $76,990 was presented to the Black Hawk Aldermen. The Black Hawk Water distribution system currently has over 350 main line, fire hydrant, and large service line water valves. These valves should be exercised and cleaned at least annually to help keep them functioning properly. To date these have been exercised by hand. The existing vacuum system trailer does not have valve exercising capabilities, is 16 years old, and is at the end of its useful life. The Hurco unit would allow for maintaining the distribution system valves with one single unit, provide automated valve exercising in a manner that is optimal for the valve, safer, and less time consuming for the operators, and will provide specific data tracking for each valve that is exercised. The unit also has a powerful vacuum system for cleaning the valve boxes, a power washer, and auxiliary hydraulic tools used for repairs to the valve and valve boxes when necessary. Staff received recommendations from local entities who currently use the Hurco units, including, Roxborough Park Metropolitan District (Director of Operations), Triview Metropolitan District (Chief Water Operator), and Buckley Air National Guard Base (Infrastructure Superintendent). All had positive input and several have purchased multiple units over the years. Staff sought proposals from the two manufactures that produce this type of system (WACHS & HURCO) and the HURCO system provided the best value. Black Hawk Aldermen approved Resolution 20-2019 unanimously.

Black Hawk City Council also approved Resolution 21-2019 Approving the Agreements for Asbestos Abatement and Interior Demolition of Various Properties with Weecycle Environmental Consulting in a Total Amount Not to exceed $75,870. On December 12, 2018, City Council Approved Resolution No. 74-2018 a Resolution approving certain Community Planning and Development Service Agreements for Calendar Year 2019. One of the approved entities was Weecycle Environmental Consulting (Weecycle). Because of Weecycle’ s expertise with environmental law and they employ Colorado State certified staff, CP&D requested their assistance in providing the asbestos survey, collecting asbestos samples, providing the laboratory analysis, preparation of the RFP scope of work, organization of the mandatory bid walk, project management of the asbestos abatement and the final clearances. The agreements for asbestos abatement are for: 500 Chase Street, 426 Gregory Street, and for Interior Demolition for 211 Gregory Street, 221 Gregory Street and 261 Gregory Street. 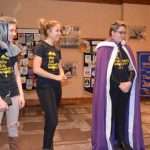 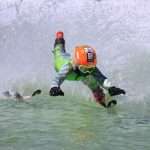