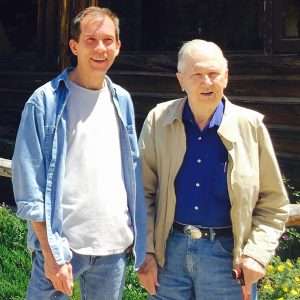 Dr. Jerald “Jerry” A. Griess, 85, died Tuesday, February 13, 2018 in Murfreesboro, TN from complications related to his blood pressure and Parkinson’s Disease. In hospice care for four days, Jerry passed on peacefully in his sleep.

Jerry was born on March 16, 1932 on the family farm in Clay County, Nebraska. Starting in a one-room schoolhouse and continuing throughout his life, Jerry loved to learn and teach. Jerry received his B.S. from Nebraska Wesleyan University, M.S. from Oklahoma A&M College (now Oklahoma State) and PhD. from Penn State University. Jerry served the United States Army in Korea from 1955-1957.

Jerry taught at Penn State University, Rutgers University, and Eastern Michigan University. In 1981, he started the Computer Aided Design degree program at EMU. He received numerous awards, including the Department of Industrial Technology Faculty Merit Award, the College of Technology Faculty Award for Outstanding Teaching and Advising and the Distinguished Faculty Teaching Award. He was also awarded the Alumni Association Excellence in Teaching Award. After 31 years with EMU, Jerry retired in 1998 and moved to

While retired in Nederland, he was an active member of the Nederland Area Seniors, Protect Unique Magnolia Association (PUMA), and the Nederland Area Community Presbyterian Church. He also lectured and consulted on Geometric Dimensioning and Tolerancing for Front Range Community College. Jerry and Rosalie designed their mountain home in Nederland. He was proud to chop his own firewood and snow-blow the driveway to Magnolia Road up until the age of 81!

In 2014, Jerry and his wife moved to Greencastle, IN where he was an active member of Gobin United Methodist Church. In 2017, they moved to Murfreesboro, TN.

A memorial celebration of Jerry’s life will be held at Nederland Community Presbyterian Church on June 23, 2018 at 3:00 pm.

END_OF_DOCUMENT_TOKEN_TO_BE_REPLACED

Where the dead get to tell their story By Jaclyn Schrock On Saturday, August 21, the Gilpin Historical Society held their annual Cemetery Crawl. Tickets allowed the shuttle of hundreds of guests from the Teller House parking lot to the Cemetery. Depending on v... END_OF_DOCUMENT_TOKEN_TO_BE_REPLACED