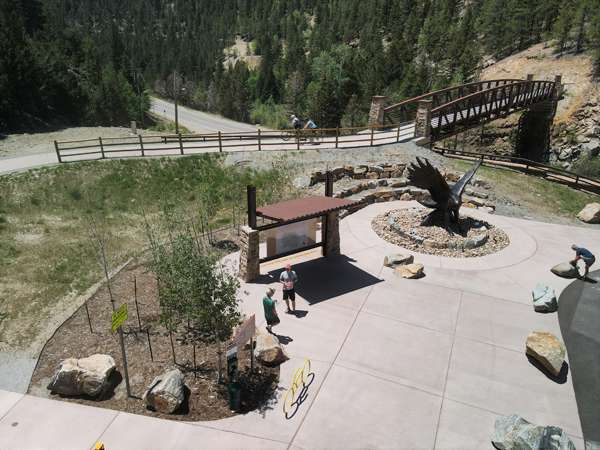 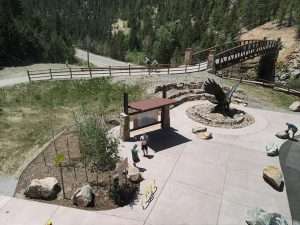 The Future of Black Hawk, Part 2

(Editor’s note: This is the second in a series about the ongoing Black Hawk renaissance, including planned developments and attractions.)

Many visitors look at Black Hawk solely as a place to go and gamble, regardless of whether its slot machines, poker, baccarat, blackjack, craps or sports betting. However, that viewpoint of the mountain town may change in the future as the result of Black Hawk’s ongoing renaissance.

Mayor David Spellman says he hopes that Black Hawk also will be considered a terrific place to enjoy the great outdoors – regardless of whether it’s staying overnight in an Airstream vehicle, hiking trails, or riding your mountain bike. That’s why city leaders are working to expand a variety of non-gambling options in Black Hawk, hoping to accommodate a variety of interests and tastes for adults.

Colorado’s unique and scenic mountain beauty attracts millions of visitors to the Centennial State annually. As Black Hawk moves into the future, the goal of expanding the community into a resort destination includes adding attractive outdoor features.

“We’re not building for today – we’re building for tomorrow,” said Spellman, who has been an elected official in his hometown for 34 years, the past 15 as mayor. “We’ve been an adult entertainment city and we’re going to remain an adult entertainment city. What we’re planning is intended to bring a younger demographic, those 21 and over, to our community. If we get to the point we’re hoping for,” continued the mayor, “we’ll really be a two- or three-night resort destination.”

Within the next year, Black Hawk will be able to offer overnight visitor stays at Hawk’s Landing atop Gregory Hill. The site will include 50 permanent Airstream trailers for overnight stays or longer visits. The location will offer scenic mountain views, utility connections and access to Black Hawk attractions in the valley below. The site will not accommodate mobile-recreational vehicles nor rent RV hook-up stalls the way a traditional, KOA-style campground does.

Hawk’s Landing, owned by Club Vista LLC, will be built immediately west of the forthcoming Artisans’ Point beverage neighborhood on Gregory Hill and a stone’s throw from the colossal, $50 million Lake Gulch Whiskey Resort (discussed in last week’s edition of the Weekly Register-Call.) Lodgers at Hawk’s Landing can easily walk to Artisans’ Point, where gins, spirits and other types of adult beverages will be created, served and bottled.

Mayor Spellman said the city is considering the addition of a free, intracity shuttle to transport Hawk’s Landing lodgers and other visitors around Black Hawk, stopping at Artisans’ Point, in the GOLD (Gaming, Outstanding Lodging and Dining) district and the Gregory Street Historic Appreciation Recreation District (HARD) and hiking trailheads. The anticipated shuttle route would only operate within Black Hawk city limits, while the existing intercity shuttle would continue to reach gaming spots in both Central City and Black Hawk.

Black Hawk’s plans to attract those who love the great outdoors aren’t merely limited to a new Hawk’s Landing Airstream site. They also are considering those who want to hike and mountain bike along trails.

The city’s Hidden Treasure Trailhead facility is along Highway 119 at the north end of the community, just up the road from Black Hawk’s residential area and the fire department. There are dozens of parking spaces and restrooms at the site, which had a soft opening last fall. The hiking and biking trail starts on a bridge over Route 119, also called Black Hawk Boulevard, and follows the path of the Gilpin Tramway, a former narrow-gauge railroad line that served the region during its goldmining heyday in the late 1800s and early 1900s.

The ongoing renaissance plans will take the trail system many steps beyond what exists today. “Although we have not technically opened some of the newer trails along the tramway, people can still walk many parts of it,” said Mayor Spellman. “In a few years – when the trail system is completed – you will be able travel along the old Gilpin County tramway near the top of Bates Hill, then hike or bike down to reach Gregory Street.”

Within the next five years, Black Hawk plans to finish parts of the trail system and former tramway path on Maryland Mountain and extend it down to Gregory Street. Spellman said current plans include converting the old Briggs parking lot on Gregory Street into another trailhead with parking. The Briggs lot was the site of a medical clinic a few years ago but currently is being used as the equipment and storage depot for the Gregory Street Plaza construction project.

Hikers who need a potty break at the anticipated Gregory Street trailhead will be able to use bathroom facilities currently under construction in the “Bunk House,” a small building adjoining the Bobtail Mine – and just across the street from the Briggs lot.

The mayor said the city is working to acquire discontinued mining-claim properties on the north side of Gregory Hill, near the Red Dolly Casino and the Gregory Point buildings (formerly known as the Mountain City buildings). Once that occurs, the future plans include developing hiking and biking trails from across Gregory Street (near the Brigg’s lot future trailhead) to the top of Gregory Hill, where it will reach Hawk’s Landing, Artisans’ Point and the Lake Gulch Whiskey Resort.

Outdoor enthusiasts who like the adventure that mountain biking and hiking offers should help bring a younger demographic to Black Hawk. “Bikers can be risk-takers,” according to Mayor Spellman. After a busy day on the trails, they can get refreshments at Artisans’ Point or take advantage of other offerings in town.” People will certainly want to take the tours of the distilleries and visit the historic Gregory Street Plaza.”

“We actually think we’re going to get a younger demographic that will hike or mountain bike. “We’re still primarily going to be geared for those 21 and over, although some people younger than that may want to hike or bike on our trails,” Spellman explained.

“Some of the people who are downhill mountain bikers are risk-takers. That risk-taking may translate over to gaming – they’re not going to sit in front of a slot machine. However, put them at a craps table, baccarat, poker or blackjack; that’s right up their alley as risk takers,” Mayor Spellman said. “This is not going to occur overnight. However, with the casinos’ participation, we’re pretty confident we can cultivate some new types of visitors for Black Hawk.”

Black Hawk City Manager Stephen Cole, who was the city’s police chief for 13 years before stepping into his current post three years ago, has been working closely with the mayor, council, casino operators and potential new business owners to assist with the community’s ongoing renaissance. Said Cole, “This is pretty exciting stuff.”

The Hidden Treasure Trailhead has garnered much interest from outdoor enthusiasts in the past 10 months. Social media sites have given positive ratings to the facility and given it widespread attention to hiking and mountain biking aficionados. On many occasions this season, the trailhead parking lot has been completely filled, causing additional visitors to park down the street in an unpaved lot.

(The Gregory Street Plaza project and other aspects of Black Hawk’s ongoing renaissance will be discussed in upcoming installments of this series.) 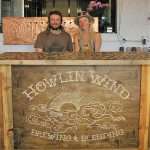 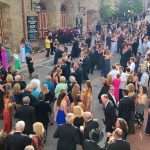