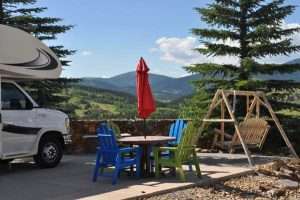 KOA surveys hundreds of thousands of campers each year regarding their KOA camping experience.

The KOA Founder’s Award, named in honor of Dave Drum, who founded KOA on the banks of the Yellowstone River in Billings, Montana in 1962, is KOA’s highest service award. It is awarded exclusively to those KOA campground owners and managers who attain world-class scores in both customer service and the KOA Quality Review.

“It’s such a pleasure to be able to recognize the wonderful folks wearing yellow who take such great care of KOA campers all year,” said KOA President and CEO Toby O’Rourke. “These KOA owners have made the right investments in their campgrounds to make them the very best in North America, and they’ve taken steps to ensure that their guests receive fantastic service and have the best outdoor recreation experience possible. This award is driven by feedback from campers, and that makes the KOA President’s Award all the more valuable.”

KOA will be celebrating its 58th anniversary in 2020. To find out more about this KOA, any of the other 515 KOAs in the U.S. or Canada, go to www.KOA.com.

END_OF_DOCUMENT_TOKEN_TO_BE_REPLACED

Benefitting the county, schools, and much more By Don Ireland   This year marks the 30th anniversary of casinos opening in the former little mining towns of Black Hawk, Central City and Cripple Creek, Colorado. In those early years, smoking was allowed inside ... END_OF_DOCUMENT_TOKEN_TO_BE_REPLACED