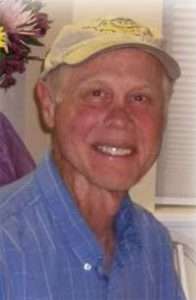 Dan was born April 7, 1952, in Pueblo, Colorado. He proudly served in the U.S. Army as a CW2 helicopter pilot. He went on to become a civilian helicopter pilot for companies including Petroleum Helicopters (Lafayette, LA), Life Flight (Peoria, IL), and Flight for Life (Cleveland, OH).

Following his career as a pilot, Dan created and operated both Eureka Casino and Winners Haven Casino in Black Hawk, Colorado. He spent the last few years of his life as an owner and operator of a vehicle transportation company where he was able to travel the country while visiting family and friends.

He is survived by his beloved partner Doris Bishop; his three children Tia (25), Kevin (21) and Laura (18); and his seven siblings Charles, Anne, Constance, Kent, Douglas, Margaret and David. He is preceded in death by his father Charles Cooper and his mother Marilyn Cooper.

Services will be held on December 11th at 11:30 a.m. at St. Paul’s Community Church (Lakewood, CO). Interment to follow at Fort Logan National Cemetery. In lieu of sending flowers, we ask that you consider donating to The American Stroke Association in Dan’s name.

END_OF_DOCUMENT_TOKEN_TO_BE_REPLACED

Benefitting the county, schools, and much more By Don Ireland   This year marks the 30th anniversary of casinos opening in the former little mining towns of Black Hawk, Central City and Cripple Creek, Colorado. In those early years, smoking was allowed inside ... END_OF_DOCUMENT_TOKEN_TO_BE_REPLACED