Grow goosebumps in the streets of Central on a dark night

Central City is crawling with creepy souls these days. The Gilpin Sheriff’s Department noticed an increase in live and uncountable souls on the streets last weekend.

Oh many tales of adventure, demise and success were told by the 5,500 residents the 1870 Gilpin County Census, some 10 years after gold had been discovered up Clear Creek in 1859 by John Gregory. The population was estimated to be around 20,000 in the boom days. Some people stayed, some returned home, while many went to other areas as mining didn’t pan out for them. There have been stories of spirits roaming the area after many tragic deaths.

Those bodies that were placed in the cemeteries often had their tales retold because of the creepy occurrences found in Central City, Black Hawk, Nevadaville, Russell Gulch, and more. The Gilpin County Historical Society has a few ways to hear those stories retold by their spirits.

The Gilpin Historical Society Annual Cemetery Crawl was on the morning of Saturday, October 7th. Traditionally, 10 spirits retell their life story from near their grave, with guided tours in one of our local cemeteries.

The Paranormal Nights were October 12th and 26th, facilitated by the Spirit Realm Investigative Project (SRIP) team in the Gilpin Historical Museum. Last week’s Paranormal Night was sold out.

The 11th Annual Creepy Crawl offered five spirits this year, telling their mysterious, surprising reflections of their life as only the spirit can retell from what has been documented as fact in local printed publications. On Friday and Saturday nights October 18 & 19, and again on 25 & 26, every two minutes, groups of 40 spook hunters leave from the lower level of the Century Casino, 102 Main Street in Central City,

The Creepy Crawl tour begins with the spirit of Farrell Howard (who committed suicide by freezing to death). The wizard of Pittsburg Mine, near Central City used electronic machinery to do psychic experiments. Did he influence some of the team now known as the Spiritual Realm Investigative Project? Is his wife’s spirit haunting the old jail in the basement of the Gilpin County Courthouse built in 1863?

The ghost of James McKenna has haunted outhouses and bathrooms in Central City for several years, according to the second stop of the tour on Eureka Street. John Glennon tells of how he and several partners formed a mining company with a grumbling James McKenna, unfavorable to the hard work of mining. They placed him in a position to stay out of the muck underground, and when caught spending company gold dust on ladies of the night, he froze to death in an outhouse.

Ferdinand French, Central City’s mayor 1892-93, and Gilpin County Treasurer 1893 until his death in 1895, can be found in the Central City Opera House where his funeral was held. He was so loved by the people, the opera house, built in 1878, was the only place large enough to house the mile long mourners of his funeral procession. French and other Masonic Lodge leaders from Central City had attended the funeral of a fellow lodge member in Denver and missed the 9 p.m. train back to Central City. Staying the night in the Gumry Hotel, he and 22 others lost their lives in the largest hotel fire in Denver history. French explains about being prepared for burial by our famous undertaker Ed Harris; who can be seen in the Wild Bunch on summer Saturdays on Main Street.

Creeping down Eureka Street past the Teller House and turning right onto Main Street, we passed the original office of our fourth spirit in the First National Bank Block. A motorcycle museum has taken over that building, currently closed to the public, so we rub off our goose bumps and continue past the former Menagerie Mercantile to the former Victorian Photography Studio, both businesses have closed this summer. This fourth stop is before the dispensary, across Main Street from Charlie’s Place where Creepy Crawlers with their wrist bands can get discounted beers.

Alexander Martin learned his trade of photography in Scotland, coming to Central City in 1872. Many famed photos include outdoor scenes, when portraits he took began including surprising images of family members who had passed away. A large knife-wielding woman that Alexander cannot hear or see, tells of her frustrations as he explains about some of his images he took. He does take a group photo, after telling you about the mysteries of the slashed throats of all the members of a large group photo. Whose image will appear in the tour’s group photo?

The last stop of the tour is at the end of Main Street, across from the Belvidere Theatre, is Scarlets. This building was built as a casino in the 1990’s carefully replicating the original styles of the Gilded Victorian Age, when wealth flowed from our local mines. Scarlets is across the street from the abandoned Doc Holiday Casino.

The Doc Holiday Casino folks removed the original features of the old Glory Hole Saloon, releasing many anguished spirits. The classic large bar, mirror and tables used until the 1980’s accompanied illustrated paintings on the walls depicting the sensual interests of the lonely miners, disguised as vining plants. The massive chandelier illuminated the bottom half that went with the face on the bar room floor in the Teller House. This image is the current logo for the Gilpin Historical Society.

Inside Scarlet’s, the Creepy Crawlers are welcomed by the Marshal who asked guests to sit in chairs by the stage. He calls out the spirit of Solomon Kennedy, who reluctantly comes – only after being assured that his sweetheart is there. With the comfort of her company, he is willing to tell of his short life as a miner in Lake Gulch. He admits to murdering John Malley the baker, in a drunken moment of jealousy. The Gilpin Courthouse was not built yet at the time of the murder, but a jury was assembled that charged him, so delivered him back to the Marshal for a hanging. Can the town’s people stop the hanging in April of 1861?

Farrell Howard (represented by Chuck Roberts) was known as the “wizard” of the Pittsburg Mine beginning in 1972.

Ferdinand French (illustrated by Ed Schoendradt) was the mayor of Central City in 1892.

Alexander Martin (demonstrated by Randy and Robin Schneider) was a Central City photographer 1872, and later moved his studio to Black Hawk.

Solomon Kennedy (realized through Mike Keeler), admits his murderer of John Malley in 1861.

You can grow your own goose bumps as you crawl through the streets of Central City, bringing your favorite spooks to visualize in the dim light, smell, feel and hear the full details of these stories.

Being respectful of the spirit’s presence who visits the abandoned buildings, phenomenal tails can be heard by those with tickets from the Gilpin Historical Society. There are still tickets available for tours on the 25th and 26th although most tours last week had sold out. $15 advance tickets may be obtained through Eventbrite at Gilpin Historical Society website. 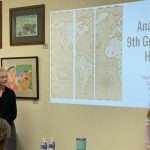 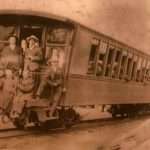