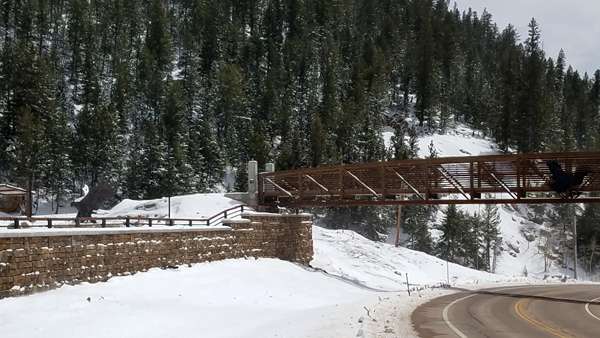 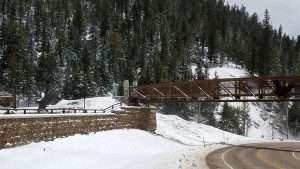 The Regular online meeting of the Black Hawk City Council highlighted the online swearing in of Mayor David Spellman, Alderman Bennet, Alderman Moates, and Alderman Torres. Plus there were two Municipal Judge appointments, a Historical Preservation Committee member appointment, and the awarding of construction contract for the Maryland Mountain Trail System.

City Attorney Hoffmann asked Council to declare any Conflicts of Interest on any issue appearing on the agenda that afternoon other that than those already disclosed and filed with the City Clerk and Secretary of State. There were no objections from the City Council or from anyone online.

Swearing in of Incumbents

For the time ever, Judge Ron Carlson performed an online swearing in ceremony of elected officials. Alderman Bennet, Alderman Moates, and Alderman Torres listened to Judge Carlson recite the oath of office and accepted their duties by saying “I do.” Mayor David Spellman’s swearing in of the oath of office of Mayor was conducted in the same manner followed by “I do.”

A Resolution Appointing a New Member, Tonya Cadena-Barnett to serve the remaining portion of the Historic Preservation Commission unexpired four (4) term expiring August 1, 2021 to the City of Black Hawk Historic Preservation Commission. Members of the Historic Preservation Commission shall be residents of the City of Black Hawk, and they shall have such qualifications as the City Council deems necessary and desirable in the best interest of the City. To the extent possible, the Commission shall be composed of both professional and lay members, and they shall be selected from fields of history, architecture, landscape architecture, architectural history, prehistoric or historic archaeology, planning or related disciplines such as the building trades, culture geography, cultural anthropology, real estate, or law. Recognizing that professionals may not be available in some communities, this requirement can be waived if the local government makes a good faith effort to recruit professionals and demonstrates that it is capable of carrying out Commission responsibilities. The Commission shall consist of five (5) members appointed by the City Council. All members shall serve a four (4) year term unless a Commission member is filling an unexpired term, in which case the Commission member shall serve the remaining portion of the unexpired term. The City Council shall appoint a member to fill the unexpired term of the member whose place has become vacant. The City of Black Hawk placed an advertisement in the Weekly Register-Call for the February 6, 2020, and February 13, 2020, editions seeking a resident of Black Hawk to fulfill the vacancy with a four (4) year term expiring August 1, 2021. All interested candidates were instructed to submit a Letter of Interest, including qualifications to the City of Black Hawk, Community Planning and Development Department, by February 18, 2020. Community Planning and Development received one (1) Letter of Interest from Tonya Cadena-Barnett dated February 17, 2020. Tonya Cadena-Barnett does not have professional experience in a preservation-related discipline, but the City contracts with a Historic Preservation Consultant to provide expertise as needed and meets Federal Standards 36-CFR-61. The City went under contract with Pinyon Environmental, Inc. in June 2018. This firm has multiple Secretary of the Interior Qualified professionals with varied backgrounds in the field who can help support the City’s Historic Preservation Commission and programs. Staff recommends the appointment. Black Hawk City Council approved Resolution 32-2020 unanimously.

A Resolution Awarding the Bid and Approving the Design-Build Contract Between the City of Black Hawk and Roche Constructors, Inc. in an Amount Not To Exceed $12,650 for Pre-Construction Services Pertaining to the Police Station 2nd Floor Renovation Project. Renovations to the Police Station are desired to more effectively use the limited amount of space provided by the old schoolhouse. Staff is recommending that the two large upstairs bathrooms be converted into two smaller bathrooms, which will create additional space for storage and a larger evidence room. The existing evidence room would be converted into a Commander’s office. Passthrough evidence lockers are also proposed, as well as additional cabinet space within the upstairs corridor. The design-build method of contracting has been selected for this project. A Request for Proposals was publicly advertised on January 21, 2020. Four contractors submitted proposals. A total of six Staff members reviewed the proposals, and the team led by Roche Constructors, Inc. was unanimously selected to design and construct this project. Not only is their experience in line with the City’s expectations, their pricing structure was the lowest among the four proposals. Approval of this Resolution would authorize Roche Constructors, Inc. to proceed with architectural and engineering design, along with cost estimating and other pre-construction tasks. Over the next few months, Roche Constructors, Inc. will prepare a Guaranteed Maximum Price (GMP) for construction of this project. An Amendment to this design-build contract will be brought before City Council to establish the GMP and authorize construction. Black Hawk City Council approved Resolution 33-2020 unanimously.

Contract manager Matt Reed presented a Resolution Awarding the Bid and Approving the Contract between the City of Black Hawk and High Country Conservation, LLC in an Amount Not To Exceed $260,436 to Construct the Maryland Mountain Trail System Project. Construction of the Hidden Treasure Trailhead is nearing completion, and it would be ideal for the City to provide recreationalists with an extensive trail system soon after the trailhead opens to the public. A consultant designed a network of hiking and mountain biking trails on Maryland Mountain. Excluding the tramway main line trail, which has already been constructed, a total of 11.3 miles of trails are planned. A Request for Proposals was publicly advertised on October 8, 2019. Of the four prospective trail builders submitting proposals, two were qualified to complete the Maryland Mountain Trail System. Of the two qualified trail-builders, High Country Conservation, LLC submitted a price that was less than half of what the other qualified trail-builder proposed. If their contract is approved, High Country Conservation, LLC would mobilize in early May and begin construction with two trail-building crews. If there aren’t any significant delays caused by weather, equipment failures, the pandemic, etc., they expect to be finished constructing the entire 11.3 mile trail system by the end of 2020. Actual trail routes will differ somewhat from the design drawings due to localized topography, obstacles, and natural features. High Country Conservation, LLC has provided cost-per-lineal-foot pricing for each type of trail, and the 20% owner’s contingency would be used to pay for overages that will occur due to actual trail lengths exceeding the lengths shown on the design plan. Black Hawk City Council approved Resolution 34-2020 unanimously.

City Council passed a Resolution Forgiving Certain Device Taxes for the Month of April 2020, Payable in May 2020 and Deferring Certain Water Fees.

Under the Colorado Disaster Emergency Act, the Mayor of the City of Black Hawk has issued an Order Declaring a Local Disaster Emergency in and for the City of Black Hawk Colorado because of the COVID-19 pandemic. The State of Colorado has further ordered that casinos across the state of Colorado be closed because of the pandemic. The City desires to assist the gaming industry in the challenging times created by the necessary response to the pandemic. The City desires to grant further relief to the gaming industry by forgiving the Device Tax for all devices in the City for the month of April 2020, payable May 2020. The City also desires to assist the gaming industry in this financially challenging time by deferring the collection of the Base Water Fees and Consumption Fees for all gaming properties within the City for the months of March 2020 and April 2020;

City Attorney Corey Hoffmann recommended a motion for an Executive Session concerning specific legal issues that relates to the pending litigation filed against Black Hawk and others.

Black Hawk City Council approved a motion was accepted to recess into Executive Session per C.R.S. 24-6-402 (4) (b) to confer with an attorney for the local public body for the purposes of receiving legal advice on specific legal questions;  and  C.R.S. 24-6-402 (4) (e) to Determine positions relative to matters that may be subject to negotiations; developing strategy for negotiations; and instructing negotiators.

The next Black Hawk City Council regular virtual meeting will be held April 23, 2020 at 3:00 pm. For more information, go to www.cityofblackhawk.org. 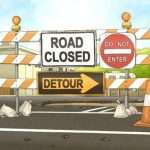 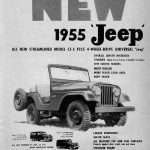