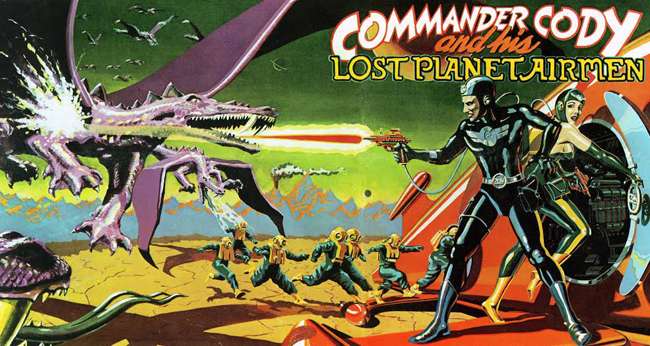 Too Much Fun at the Caribou Room

My pappy said, “Son, you’re gonna’ drive me to drinkin’

If you don’t stop drivin’ that Hot Rod Lincoln.”

Have you heard this story of the Hot Rod Race

When Fords and Lincolns was settin’ the pace.

That story is true, I’m here to say

I was drivin’ that Model A.

It’s got a Lincoln motor and it’s really souped up.

That Model A Vitimix makes it look like a pup.

It’s got eight cylinders; uses them all.

With a 4-barrel carb and dual exhaust,

With 4.11 gears you can really get lost.

It’s got safety tubes, but I ain’t scared.

The brakes are good, tires fair.

Pulled out of San Pedro late one night

The moon and the stars was shinin’ bright.

We was drivin’ up Grapevine Hill

All of a sudden in a wink of an eye

A Cadillac sedan passed us by.

By then the taillight was all you could see.

Now the fellas was ribbin’ me for bein’ behind,

So I thought I’d make the Lincoln unwind.

Took my foot off the gas and man alive,

I shoved it on down into overdrive.

Wound it up to a hundred-and-ten

My speedometer said that I hit top end.

My foot was blue, like lead to the floor.

That’s all there is and there ain’t no more.

Now the boys all thought I’d lost my sense

They said, “Slow down! I see spots!

The lines on the road just look like dots.”

Took a corner; sideswiped a truck,

Crossed my fingers just for luck.

My fenders was clickin’ the guardrail posts.

The guy beside me was white as a ghost.

Smoke was comin’ from out of the back

When I started to gain on that Cadillac.

Knew I could catch him, I though I could pass.

Don’t you know by then we’d be low on gas?

We had flames comin’ from out of the side.

Feel the tension. Man! What a ride!

And that Caddy pulled over and let us by.

Now all of a sudden she started to knockin’,

And down in the dips she started to rockin’.

I looked in my mirror; a red light was blinkin’

The cops was after my Hot Rod Lincoln!

They arrested me and they put me in jail.

And called my pappy to throw my bail.

And he said, “Son, you’re gonna drive me to drinkin’

If you don’t stop drivin’ that Hot…Rod…Lincoln!”

It was 1971 when Commander Cody and his Lost Planet Airmen released their classic debut album Lost in the Ozone. The pioneering Western swing rock captured a new energy divergent from early influences and other country rock bands of the era, boldly driven by George Frayne’s (aka Commander Cody) boogie-woogie piano playing. “Hot Rod Lincoln” from the same album was released as a single the following year becoming a top ten hit on the Billboard music charts.

The tempo raced right out of the gate with “Rock That Boogie,” “Don’t Let Go,” and Chuck Berry’s “House of Blue Lights.” Then “Smoke! Smoke! Smoke!” was a crowd-pleaser, as was what Frayne labeled the “best boogie-woogie song ever written,” “Beat Me Daddy, Eight to the Bar.”

“What’s the Matter Now” gave the room a chance to catch its collective breath. A number composed by Billy Farlow and George Frayne that is sometimes called the saddest country song of all time, “Seeds and Stems (Again),” almost brought tears to the eyes.

Well, my dog died just yesterday and left me all alone

The finance company dropped by today and repossessed my home

And I’m down to seeds and stems again, too.

With just enough time for melancholy sentiments and soothing melodies, the “Commander” broke out “Riot in Cellblock #9” and “Midnight Shift” to get things back on track. The standards concertgoers in part had come to hear, “Lost in the Ozone” and “Hot Rod Lincoln,” satisfied the packed house.

Get out of my way, you small-town hicks

This country boy is out for kicks

Stole a car, drove to Kalamazoo

I met a gal, she was ugly too

When they finally caught me, here’s what they done

Too much fun, that’s news to me

Too much fun, there must be

A whole lotta things that I never done

But I ain’t never had too much fun

At the show’s end and another round of wholehearted applause, shouts, and whistles, everyone reluctantly found their way out of the ozone. After flirting with having “too much fun,” the consensus was they experienced the perfect amount.

For information about upcoming concerts at the Caribou Room go to www.TheCaribouRoom.com or call 303-258-3637.

END_OF_DOCUMENT_TOKEN_TO_BE_REPLACED

Benefitting the county, schools, and much more By Don Ireland   This year marks the 30th anniversary of casinos opening in the former little mining towns of Black Hawk, Central City and Cripple Creek, Colorado. In those early years, smoking was allowed inside ... END_OF_DOCUMENT_TOKEN_TO_BE_REPLACED