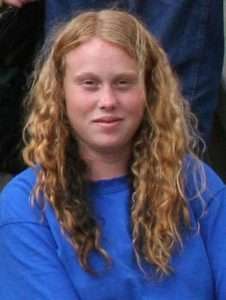 Christina Diane Bellamy died at only 28 years old on December 18, 2020 in Bennett, Colorado in the home of Steven Shilo Christiansen and his mom Vicki Lampel who were also in the home at the time of death. Cause of death is suspicious, and cause is pending investigation. Christina was born to Terry and Diane Bellamy April 17, 1992 in Colorado. She graduated from High School in Jefferson County, but attended one semester at Gilpin County RE-1 while living with her uncle, aunt, and cousins. She received her animal control officer certificate, and was attending college to be a vet assistant.

Growing up she was in several after school activities including band, Girl Scouts, 4H where she went to state competitions with dog and shooting sports, and Westernaires. She worked at many jobs in her life including lifeguarding at Pirates Cove, as a ranch hand, and a driver for RTD.

She was very big hearted and loved animals and helping people.

Christina is survived by her parents Terry and Diane, step-father Dave, son Tobias, sister Ashley, stepsister Dakota, and many other loving family members.

Her life was way too short and she will be missed by her family and many friends.

END_OF_DOCUMENT_TOKEN_TO_BE_REPLACED

Benefitting the county, schools, and much more By Don Ireland   This year marks the 30th anniversary of casinos opening in the former little mining towns of Black Hawk, Central City and Cripple Creek, Colorado. In those early years, smoking was allowed inside ... END_OF_DOCUMENT_TOKEN_TO_BE_REPLACED

Where the dead get to tell their story By Jaclyn Schrock On Saturday, August 21, the Gilpin Historical Society held their annual Cemetery Crawl. Tickets allowed the shuttle of hundreds of guests from the Teller House parking lot to the Cemetery. Depending on v... END_OF_DOCUMENT_TOKEN_TO_BE_REPLACED