Charles Stephen Mangione, 65, of Cheyenne, died on Sunday, October 25, 2015 in Cheyenne. He was born on July 15, 1950 in Denver, Colorado and had lived here for five years. Mr. Mangione is survived by three sons, Chris and Jim Lamb, both of Denver, and Zachary Walters of Cheyenne; a daughter, Aspen Walters of Denver; a brother, Chris Mangione of Potter, Nebraska; and a sister, Connie Mangione of Denver. He was preceded in death by his parents, Amadeus and Jean Mangione.

Cremation has taken place. Friends who wish may sign his online guestbook at wrcfuneral.com.

There will be a memorial service held in the spring of 2016 in Central City. Date is to be determined, but will announce when known. 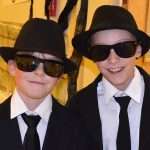