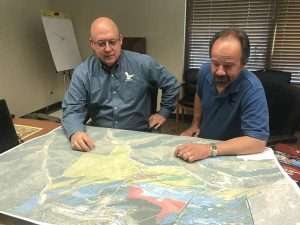 The Future of Black Hawk, Part 1

(Editor’s note: This is the first of several stories about planned developments and attractions for Black Hawk, including an artisan’s beverage community, the Gregory Street historic project, hiking trails and more.)

A renaissance is continuing for the City of Black Hawk. The community’s historic, gold-mining past has been well-documented and featured in books, magazines, newspaper stories and other media for more than a century.

A modern-era Black Hawk began nearly 30 years ago when Colorado’s voters approved legalized gambling, helping the community rise from the ashes of a bygone era. During that time, the tiny community of about 100 residents has seen their town develop into the epicenter of Colorado gaming. Black Hawk’s varied casinos have enjoyed good times and bad, as evidenced by the economic downturn resulting from the 2020 Covid-19 pandemic.

The future of Black Hawk will be bright and exciting, too, according to Mayor David Spellman. The ongoing “renaissance” era, plans for which were conceived nearly two decades ago, has soared into full gear during the past year as the result of efforts of the mayor and the alderman of Black Hawk City Council. An artisans’ district, an historic district, recreational-vehicle campgrounds, and system of hiking trails surrounding the core gaming community are part of plans that initially conceived nearly a decade ago.

The detailed and far-reaching plans will take several years to complete and additional adjustments could occur. However, when it’s completed, visitors from Denver and the region won’t simply be going “up the hill” to play slots, blackjack, sports betting or table games for a few hours… or perhaps stay overnight and schedule spa times at select casinos. Instead, they may be more likely to consider Black Hawk a resort destination area, in the same manner that Aspen, Vail and other state ski towns are known.

“The point is to give additional amenities and attractions for the folks coming to Black Hawk,” according to Spellman. “We want to have Black Hawk considered a resort destination.”

Initial changes are taking place up on Gregory Hill. That area is hundreds of feet up the hill above and behind such familiar places as the Isle, Golden Gates, Gilpin, and Saratoga casinos.

An infrastructure improvement program includes running water and sewer lines to the plateau atop Gregory Hill. For years, the hilltop has been called Miners Mesa, although some would argue it may not technically meet the geographic definition of one.

As part of the future vision, Miners Mesa Road, which connects the hilltop from Bobtail Street, has been renamed Miners Road. (Bobtail Street starts near the forthcoming Gregory Street Plaza and runs south to where it connects to Main Street, adjoining the Isle Casino.)

Two existing buildings, the Black Hawk public works and emergency operation center, are about to get new neighbors atop Gregory Hill after the infrastructure improvements are completed. As a motorist drives up onto the hilltop, they will arrive at Artisan’s Point, a place where distillers, wine-makers, or creators of other adult beverages can create their wares. There will not be gaming on Artisans’ Point; slots, table games and other wagering will continue exclusively in Black Hawk’s GOLD district (Gaming, Outstanding Lodging and Dining).

The first place that will be spotted by motorists arriving at Artisans’ Point will be the Rick Thomas Distillery, which will occupy 2.28 acres. Groundbreaking for the building will take place in July, with completion targeted for the first quarter of 2022.

To ensure drivers have a smooth ride to climb Miners Road (still marked as Miners Mesa Road on various maps), the street will be repaved. Spellman estimates the road and infrastructure improvements will cost about $6 million. The road work will include converting the Black Hawk section of Lake Gulch Road into a paved artery, connecting to Miners Road near the public works building.

At the end of the revamped Lake Gulch Road will be another massive project. A $50 million dollar whiskey resort, including outdoor amenities, will occupy a 20-acre site. Proximo Spirits plans to break ground next year for the project – currently called “Lake Gulch Whiskey Resort.” The resort is planned for opening the following year. Promixo, an international company, owns multiple brands of distilled beverages, including Denver’s Stranahan’s whiskey, Jose Cuervo, Tincup, and 15 other brands.

“Lake Gulch Whiskey Resort will be the future home of Tincup Whiskey,” Spellman said. “It will be the first resort distillery in Colorado and, at the same time, become the state’s largest whiskey distillery, attracting an estimated 60,000 visitors a year.”

The section of Lake Gulch Road which connects to the Central City Parkway, will remain a dirt road. Those desiring to travel to the Lake Gulch Whiskey Resort will be directed to use Miners Road in Black Hawk.

Commented the mayor: “The City of Black Hawk is enthusiastic to usher in Artisans’ Point, an artisan beverage community welcoming maker-owned distilleries, breweries, and wineries. Artisans’ Point is an area specifically established and reserved for those individuals devoted to the art of winemaking, brewing and distilling exceptional beverages. Located on Gregory Hill, at an elevation of 8,650 feet with picturesque views, this will be Colorado’s first artisan beverage community. The uniqueness and synergy of Artisans’ Point will ensure its place as a must-experience Colorado attraction.”

Initially, Stranahan’s leaders looked at Gregory Street for their operation in 2011 but there wasn’t sufficient room, according to Spellman. Eventually, Black Hawk annexed land along Lake Gulch Road that was later chosen as the future home of the whiskey resort. “When they decided to build up on the hill, it became very apparent we should create the Artisans’ Point in proximity to that development. Brian Watts, a former casino manager in Black Hawk, and his son – a distiller – acquired the first spot in Artisans’ Point, naming it the Rick Thomas Distillery in honor of their father and grandfather.

Artisans’ Point will encompass 22 acres on currently vacant lots. The city owns 16 acres but is offering one-acre lots free to those desiring to join the development. Black Hawk also will waive tap fees and water system development fees; offer tax rebates on construction materials, and additional rebates on fixtures, furniture and equipment prospective distillers will need for their facilities. “That’s probably $400,000 to $500,000 in incentives,” according to the mayor.

“We will give the land to a distiller, a microbrewer, or a wine maker with city incentives,” Spellman said. “Most of the traffic going to the Tincup resort will drive right through Artisans’ Point on the way to Lake Gulch Road.”

The mayor noted the word “craft” wasn’t included when the name Artisans’ Point was created. The reason: too many beverage creators and companies have used the term excessively.

Mayor Spellman, a fifth-generation Black Hawkite, recounts a story told to him by his grandfather, Otto O. Blake, who heard the story from his grandfather, Edward S. Blake (the mayor’s great-great-grandfather): In the early 1870s, before railroad service to Black Hawk, freight wagons delivered all goods to the mining community.

One day, five freight wagons pulled into Black Hawk; four loaded down with whiskey and one loaded with flour. When the wagons stopped on Main Street, and folks gathered to see what had arrived, Ed Blake hollered out, “What in the hell are we going to do with all that flour?”

In 1884, Edward Blake’s name appeared at the top of a petition (the petition was printed on the front page of the Weekly Register-Call) asking the Black Hawk City Council to allow saloons to be open on Sundays. The temperance movement prevailed at the time and no saloon was open legally on Sundays.

(Note: The Hawk’s Landing recreational-vehicle area, Gregory Street project, and trail system will be discussed in upcoming installments of this series.)

END_OF_DOCUMENT_TOKEN_TO_BE_REPLACED

ShareTweetShare on Google+Pin on PinterestSend with WhatsApp
65 recommended