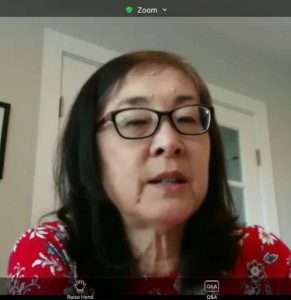 Council met for an Executive Session at 1:05 pm just prior to their regular meeting to develop strategy for negotiations and to instruct negotiators regarding case number 2020CV3000009.

Mayor Fey asked for a motion and Alderwoman Laratta moved approval of the settlement agreement and settlement release relating to case number 2020CV3000009 and was seconded by Alderman Hidahl. The motion passed unanimously.

Mayor Fey led the Pledge of Allegiance and then asked for any amendments or additions to the meeting agenda. There was no response.

Council considered approval of the consent agenda consisting of the meeting minutes from the meeting on June 2, and the regular bill lists through June 9. Alderman Hidahl inquired about a rental expense of $210 to Air-O-Pure Portables described as “Public Works Shop Portable Rental” since he believed the Public Works building already had a restroom facility. Public Works Director Sam Hoover responded that the Public Works building does have a restroom facility, and the port-o-potty is for the bubble building (the sand building) off the Parkway. Alderwoman Laratta moved to approve the consent agenda and was seconded by Alderman Aiken. The motion passed unanimously.

Attorney McAskin introduced Resolution 20-21 which would approve the amended and restated Intergovernmental Agreement (IGA) between the City of Central, the City of Black Hawk, Gilpin County, and the Black Hawk-Central City Sanitation District. This Resolution terminates the 1999 IGA growth agreement which had an expiration date of 25 years; and replaces it with a new agreement. In the new agreement it defines a New Growth Area for both Central City and Black Hawk and allows both cities to annex land located within the Growth Area for their respective cities.

Alderwoman Laratta moved to approve Resolution 20-21 and was seconded by Alderman Aiken. The Resolution passed unanimously.

Arlene Taniwaki gave a presentation on a Downtown Central City Market Study conducted by Arland Land Use Economics. Although the study began just as the Stay at Home Order was imposed, the plan focused on potential economic interests over a 10 to 20-year forecast.

Alderwoman Johnson commented she is happy to see the casinos open and hope to see lots of people wearing masks.

Alderman Aiken stated that he is happy to see the agreement with Black Hawk.

Alderman Hidahl commented that in the last three months Staff has not put a priority on code enforcement, and I agree with that; however, there have been several sign code violations. I think the Council should consider putting a temporary moratorium on certain aspects of the code for items they believe may help stimulate the economy.

Mayor Fey reported that a friend of the City, Judy (Judith) Grant, passed. Ms. Grant served on the Central City Opera board of directors, most recently as chairperson.

END_OF_DOCUMENT_TOKEN_TO_BE_REPLACED

Where the dead get to tell their story By Jaclyn Schrock On Saturday, August 21, the Gilpin Historical Society held their annual Cemetery Crawl. Tickets allowed the shuttle of hundreds of guests from the Teller House parking lot to the Cemetery. Depending on v... END_OF_DOCUMENT_TOKEN_TO_BE_REPLACED