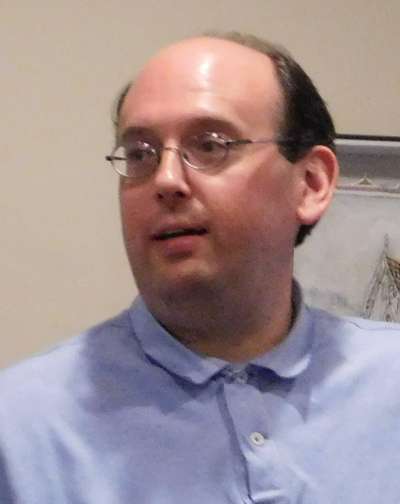 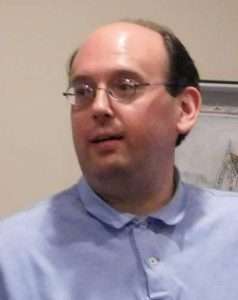 Mayor Heider led the Pledge of Allegiance and asked if there were any conflict of interest for the sitting Council with any item on the agenda. There were none.

Mayor Heider asked if there any items Council wished to remove from the Consent Agenda for further discussion. Hearing none, she asked for a motion and Alderwoman Laratta moved to approve the Consent Agenda which consisted of the regular bill lists through May 11 and the City Council Meeting Minutes from May 15, and was seconded by Alderman Aiken. Alderwoman Bell asked about a payment of $38,000 to DCFS. Manager Miera responded that this is the final payment for a snowplow. The motion passed unanimously.

Mayor Heider opened the first public forum for issues on the evening’s agenda that did not include a second hearing for an ordinance. No one spoke to the Council.

Assistant City Attorney McCormick reviewed the second reading of Ordinance 18-05 which would approve the issuance of an Enterprise Bond by the Central City Water Fund Enterprise for the purpose of replacing and repairing the water intake structures for the City. The loan has a 30-year term with a zero-percent interest rate.

Mayor Heider opened the public hearing for the Ordinance and no one chose to speak to the Council on this matter.

Assistant City Attorney McCormick reviewed the second reading of Ordinance 18-06 which would amend the City Code concerning the municipal audit process. The amendments would specifically address deficient tax returns and the time-period for tax collection which affects the time table for audits.

Mayor Heider opened the public hearing and no one chose to speak to Council.

Alderwoman Voorhies moved to approve Ordinance 18-06 and was seconded by Alderwoman Bell. The Ordinance passed unanimously.

The Council was presented by a request for a grant from the Promise Program by Adria Bleske. The Promise Program offers money for ongoing education to Central City resident students. Adria is a first-time applicant for the grant and has requested $5,000 for 2018. She is attending Rocky Mountain College of Art and Design in Denver. Ms. Bleske was present and addressed the Council saying she was excited to start classes. She was a graduate of Gilpin School in 2014. Since graduation, she went to Pima Medical Institute in Arizona and graduated with honors. Although she loves working with animals, her creative side has never been satisfied. She moved back to Central City and is now pursuing a degree in the creative arts.

There Goes the Gondola

Alderwoman Laratta moved to approve Resolution 18-11 and was seconded by Alderwoman Voorhies. The motion passed unanimously.

Mayor Heider opened public forum for items that were not on the agenda. Concert promoter Jeremy Fey chose to address the Council. He has organized the return of Jazz Fest to Central City and asked for volunteers to serve as ambassadors for the event.

The Council moved to enter an executive session at 7:27 pm regarding a proposed amendment to Growth IGA.

The Second Work Session and Meeting

The Central City Council met with Staff on June 5, 2018, for a work session prior to the regular council meeting. Dr. David Forsyth gave a presentation on the history of Madame Lou Bunch giving the gritty details of what she did not do that legend has contributed to her. Central City is set to celebrate Lou Bunch Day on June 16; a celebration that started after the filming of “The Duchess and the Dirtwater Fox” (starring Goldie Hawn and George Segal) in 1975. It was this movie that started bed races down Main Street in Central City. The organizers wanted to honor the prostitutes that were far more than their profession and chose the last remaining one in Central City, Madame Lou Bunch, for the name of the event.

Mayor Heider led the Pledge of Allegiance and then asked for any amendments or additions to the evening’s agenda. Item number seven regarding an operating plan for Denver Adventures was removed from the agenda by request. There are still some details they are working out.

The Mayor called for a motion to approve the consent agenda which consisted of the minutes from the May 29 meeting and regular bill lists through May 30. Alderwoman Laratta moved to approve the Consent Agenda and was seconded by Alderman Voorhies. The motion passed unanimously.

McCool Name for a Road

Director Rears introduced Resolution 18-13 which would approve the naming of an existing unnamed roadway as “McCool Road.” This is not an attempt to relate to a younger generation, but instead it is to honor the City’s first mayor, John S. McCool. The road is locally referred to as the “Dam Road” which is not an official name. Giving this road an official name would allow an address to be assigned for Denver Adventures which will be building a ropes course and zip line at that location.

Alderman Aiken moved to approved Resolution 18-13 and was seconded by Alderwoman Laratta. The Resolution passed unanimously.

Director Nelson introduced Resolution 18-14 which would authorize a construction contract with Dietzler Construction Corp of the replacement and rehabilitation of the three water diversion structures for the City. Dietzler had the best of three competitive bids. The cost is $438,000 for the project. All work in-stream from June 15 to July 15 is forbidden by the Forest Service due to fish spawning. A substantial amount of work must be completed by September 30. The new intakes will be metered and secured.

Reba Bechtel sat in as acting City Manager and presented the Staff Reports to Council. Alderman Aiken inquired about the status of the membrane structure to house fire department apparatus. Director Rears responded that there was a delay in beginning construction and Manager Miera is applying for an extension to the lease of the Apex Building with Gilpin County.

Alderwoman Voorhies invited everyone to attend the annual Lou Bunch Day on June 16 with a parade at 2:45 pm followed by the bed races at 3:00 pm. The Madams & Miners Ball will commence after the races.

Mayor Heider thanked everybody who helped with the event at the Belvidere Theatre this last Sunday afternoon, June 3. “We wanted to show that things are happening behind the scenes,” said the Mayor, “If anything, we proved that the space between the Belvidere and City Hall will make an excellent beer garden.”

Mayor Heider opened the floor to the public for anyone who wished to speak to the council on any items not on the agenda. Resident Barbara Thielemann chose to address the Council. Thielemann announced that there will be a memorial service for Hidee Mine owner Ed Lewandowski this Saturday, June 9, “at high noon” at St. James Methodist Church in Central City. Ed was an active member of the community and “a dear friend” to Barbara.

The Council adjourned the regular meeting at 7:14 pm. The next regular Council Meeting will be Tuesday, July 17, 2018. 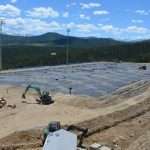 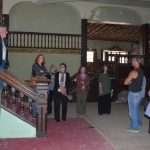