Published 9 years ago David Josselyn9y ago 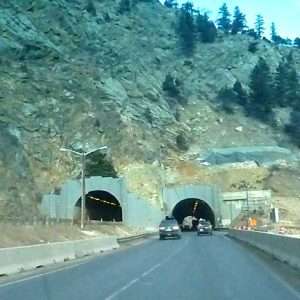 Work Session begins with a petition to join coalition

I-70 Coalition Board Member Mary Jane Loevlie addressed the Central City Council during its work session, Tuesday, February 5th. The I-70 Coalition is a group whose mission is to enhance public accessibility and mobility in the I-70 Central Mountain Corridor and adjoining dependent counties and municipalities through the implementation of joint public and private transportation management efforts. The Coalition serves as an advocate for the interests of the communities along the I-70 corridor from Clear Creek to Garfield counties. “The main thing we have accomplished is CDOT listens to us,” emphasized Ms. Loevlie. She gave a brief history of the Coalition to the council and then made an appeal for Central City to join saying, “working together we can get things done, and we can get things done better.” One of the ways the I-70 Coalition has made an impact locally is that the mountain communities have agreed to put off their own pet projects in favor of the Twin Tunnels project, Mary Jane Loevlie stated. The Central City Council agreed to discuss joining the coalition.

Jim Bemelen, I-70 Mountain Corridor Manager and representative from CDOT, addressed the Council by beginning with an apology. He stated that no excuses can be made and he would take the responsibility.  Bemelen was referring to the Twin Tunnels Project which will widen the eastbound lanes through the tunnel creating three lanes from Idaho Spring to Floyd Hill. During the project, the eastbound off-ramp from I-70 to Hidden Valley, the Central City Parkway, will be closed starting Monday, February 11th for about one month. City Manager Alan Lanning was informed of this closure less than seven days before the work session. The apology from Jim Bemelen was met with resistance from the members due to the short notice, inconvenience and financial impact the lane closure will have on the city. Manager Lanning estimates that there will be a loss of $195,000 in revenues and taxes for the City during the period of ramp closure. He also declared that this does not include the additional loss of future revenues from people who decide not to come back because of the hassle. Jim Bemelen, true to his word, made no excuses, but offered no solutions. Mayor Engels demanded that CDOT put together an explanation of why the closure is necessary and offer solutions for a work-around. The mayor requested this be done before Monday, February 11th, the day of the closure. Mr. Bemelen asked when would be a good time for the council to meet and Mayor Engels responded that they would open their schedules to be available to CDOT as soon as CDOT is ready with their presentation.

END_OF_DOCUMENT_TOKEN_TO_BE_REPLACED

Benefitting the county, schools, and much more By Don Ireland   This year marks the 30th anniversary of casinos opening in the former little mining towns of Black Hawk, Central City and Cripple Creek, Colorado. In those early years, smoking was allowed inside ... END_OF_DOCUMENT_TOKEN_TO_BE_REPLACED

Benefitting the county, schools, and much more By Don Ireland   This year marks the 30th anniversary of casinos opening in the former little mining towns of Black Hawk, Central City and Cripple Creek, Colorado. In those early years, smoking was allowed inside ... END_OF_DOCUMENT_TOKEN_TO_BE_REPLACED