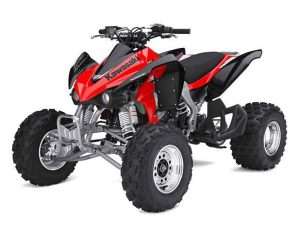 The Central City Council met with Staff on July 17, 2018, at 6:31 pm for a work session prior to the regular council meeting. The topic of conversation was All Terrain Vehicle (ATV) and Off-Highway Vehicle (OHV) regulations. 19An Ordinance on the evening’s regular meeting agenda would approve regulations allowing these vehicles on City streets. Manager Miera reviewed the proposed regulations highlighting a map of trails and roads that could be allowable for OHV traffic. The City approached the county in licensing use on county roads near the Boodle Mill, but there was not support from the County. The goal of the regulations is to provide access from Forest Service land to the City for these vehicles.

Alderwoman Laratta asked if there was a direct connection from the campground to the proposed allowable rights-of-way for these vehicles. Manager Miera responded that there is a stretch of County Road between these areas that is not connected.

Gilpin County Commissioner Ron Engels addressed the Council stating that it is the official position of the County and the Commissioners that “they have no intention of allowing OHV and ATV” traffic on County roads. As soon as they cross into County territory, they would be in violation of County law.

Mayor Heider stated she disagreed with “some of her cohorts on council” and thinks this will be a bad idea. Alderwoman Laratta added that off-roading enthusiasts “will be using Moriarty Lane as a thrill hill.”

Alderman Aiken talked to many residents along the route and he reports that there was almost complete agreement that they are opposed to the idea. Aiken stated, “I am not in favor of it.”

Alderwoman Voorhies stated she was originally in favor of “exploring and looking” at the possibility of allowing these vehicles. “You guys have done a good job, but I am backing off from my support.”

Mayor Heider led the Pledge of Allegiance and then asked for any amendments or additions to the evening’s agenda. Attorney McAskin asked for the first item in the Executive Session to be removed. Due to new information, it is no longer needed to be discussed during Executive Session.

The Mayor called for a motion to approve the consent agenda which consisted of the minutes from the June 5 and special June 27 meetings, regular bill lists through July 12, and to ratify an Historic Preservation Commission approval for a residential home addition on Virginia Canyon Road. Alderwoman Voorhies moved to approve the Consent Agenda and was seconded by  Alderwoman Laratta. The motion passed unanimously.

Mayor Heider opened the floor to the public for anyone who wished to speak to a topic on that night’s agenda. Three people signed up to speak regarding Ordinance 18-07 and ATVs and OHVs.

Central City resident Ron Engels spoke and said “I, too, am against allowing off-highway vehicles on city streets.” The County Coroner has signed four death certificates in the last year on incidents involving off highway vehicles.

Resident Bobbi Hill stated that there are cities that have given access to these vehicles “very successfully.” She used Silverton, Colorado as an example acknowledging they have more territory for those vehicles. She added that if recreationists had a parking lot for the trucks and trailers that gave them direct access to the City streets, that might be a controllable issue.

Resident Jack Hidahl said emphatically, “I’m flummoxed that this even got this far.” I am also opposed. You are potentially jeopardizing existing customer base for the City; once these vehicles are roaming the town, it will reduce your base. This should have ended long before tonight and this has been a waste of resources in staff time and expense.

The Council ratified the election of three people to the Business Improvement District Board of Directors: Jeff Hentschel, Steve Boulter, and John Zimpel. All three candidates are incumbents and there were no challengers so the election was cancelled and this is the ratification of their positions.

Alderman Aiken moved to approve the ratifications and was seconded by Alderwoman Voorhies. The motion passed unanimously. The Mayor offered congratulations to Joe Behm as a representative of the BID, and Behm responded, “It was a landslide.”

City Attorney Marcus McAskin introduced Resolution 18-16 which would authorize the City Manager to execute a Petition for Inclusion into and a Petition for Exclusion of property from the Central City Business Improvement District.

This resolution authorizes the Manager to allows 16 properties to be included into the BID that had already been excluded by Ordinance 17-07, passed last year. The properties in question are City owned or City controlled. State law says that property excluded from the boundaries of a BID are still liable to the debt mill levy of the BID. To satisfy the concerns of Central City Parkway bond holders, this resolution will allow the Manager to include those properties back into the BID; and then exclude those properties with specific language that makes it clear the properties are still liable for the BID debt mill levy.

Not Quite Unanimous for Hot Rod Hill Climb

The resolution would ensure the event comes to the town this year and the next three years for a total cost not to exceed $25,000 per year with $5,000 of that cost being in-kind. “In-kind” is the exchange of something of value for another item or service of value. For example, if you do repairs around the house in exchange for rent or for a reduction in rent, that is “in-kind.” In previous years, the Hot Rod Hill Climb expense was $15,000 with $5k being in-kind.

Alderman Aiken reported he had feedback from business people that spoke highly of this event, “There was a great amount of positive feedback.” Alderwoman Laratta added she has also has positive feedback. Manager Miera clarified that the $25,000 is not a promised amount, but a not-to-exceed amount.

Alderman Aiken moved to approve Resolution 18-17 and was seconded by Alderwoman Laratta. The motion passed four to one with Alderwoman Voorhies voting against without comment.

Off Roading Off the Table

Manager Miera introduced the first reading of Ordinance 18-07 which would amend the City Code regarding Off-Highway Vehicle (OHV) Regulations.

Alderwoman Laratta moved to reject Ordinance 18-07 and was seconded by Alderwoman Aiken. The motion to reject passed with a four to one vote with Alderwoman Bell voting against without comment.

Manager Miera updated the Council on three items. First, due to timing with the vendor for a project on Virginia Canyon, the project for chip sealing has been postponed. A change order was entered for a different type of seal for the road that can be finished before the weather turns. Second, the Casino Parkway chip seal has been completed for the first two miles and will be continued over the next three years until the entire Parkway is finished. There will be some street repairs on Prosser still to be completed. Third, the KOA Campground made a donation to the fire department of a piece of medical equipment called a scoop stretcher, which is used to slide under and lift someone from the ground who may have a spinal injury. The owners of the KOA were present and the Council publicly thanked them.

Alderwoman Voorhies thanked everyone involved in the Lou Bunch Days and bed races this year and it was the “biggest and best Lou Bunch event we’ve had in years.”

Alderwoman Laratta commented that, “I think the Fourth of July was beautiful in our city.” She also commented that the cutting of roadside vegetation was terrible. “Most of the weeds they whacked are wildflowers and make our city beautiful. Anything we can get to grow up here, we should allow it to grow.” Manager Miera responded this is something that we have to deal with. The vegetation creates an obstruction for traffic flow in rights-of-way. “We have to balance it as best we can to keep it clear and colorful.” Alderwoman Laratta added, “I didn’t blame the city crew for what they did in front of the Moriarty House, because the house looks abandoned and they probably thought they were weeds.”

Mayor Heider opened the floor to the public for anyone who wished to speak to the council on any items not on the agenda. Four people chose to address the Council.

Resident Joyce White first spoke saying, “I want to tell you guys you did a fantastic job with Spruce Street and getting speeding vehicles to slow down.” She added, “Now my concern is the noise volume from the Jazz Festival; it shook my china, it shook my valuables. The traffic stoppage was okay, but they were letting people go the wrong way up our road. If they have this event again, I ask it be limited to a couple hours or put it in another building.”

Resident Robert Johnson next addressed the Council. “I’ve seen this town for at least 53 years so I know what it has kind of gone through, and the marketing of this town bothers me. From what I see, it is slowly converting into a shell of itself. I want the City to be a viable place where anybody in the world can come and say ‘Wow! This is where we should be, I’m glad we came here.’ I would like to give you guys $100 and do whatever you want with it.”

Resident Jack Hidahl then got up to speak. “I wander the hills around here to keep my girth in check, and I am alarmed at what I see in our gulches and the level of water I see.” I suggest you start warning people about the idea of restrictions. Hidahl added, “For at least three decades I’ve been adamantly opposed to chip seal. I’ve got to say I was wrong – the art of chip sealing has advanced.” He then stated, “I was encouraged when you hired a code enforcement team; I am discouraged at the results.” Lastly. he said, “Work sessions are designed to be casual, but I would caution you on how you give direction to staff.”

Resident and Main Street Central City representative Barbara Thielemann then addressed Council. “I look forward to the repair of Prosser Street and I don’t have to go over the bumpity bumpity of the road.” She then reminded them that Main Street’s Wing Fest is coming this Saturday, July 21, and they have made some changes based on resident and participant recommendations. It will begin at 1:00 pm and will have bands Turkeyfoot and Big Green Carpet providing musical entertainment.

The Council entered executive session at 7:52 pm to determine positions relative to matters that may be subject to negotiations, developing strategy for negotiations, and instructing negotiators regarding proposed license fee rebate agreement. The next regular Council Meeting will be Tuesday, August 7, 2018.

END_OF_DOCUMENT_TOKEN_TO_BE_REPLACED

Benefitting the county, schools, and much more By Don Ireland   This year marks the 30th anniversary of casinos opening in the former little mining towns of Black Hawk, Central City and Cripple Creek, Colorado. In those early years, smoking was allowed inside ... END_OF_DOCUMENT_TOKEN_TO_BE_REPLACED