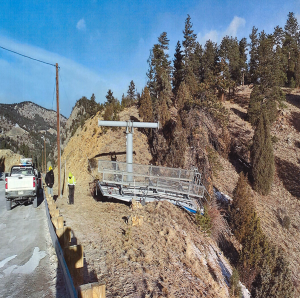 Council met with Staff for a work session prior to the regular meeting. The topics of discussion were an electric charging station program, the residential trash contract, and a memorial for Cody and Shelby Allen.

The City is considering funding opportunities that would offset the cost to install one or more Electric Vehicle (EV) Charging Stations. Council debated whether demand for these charging stations is sufficient to warrant go ahead with the program or if providing access ahead of demand is the better part of wisdom. Staff will continue to pursue funding for the program through grants from Xcel Energy.

Director Hoover presented several options for trash disposal and asked for direction in what to include in a Request for Proposal. Council debated the pros and cons of recycling programs and bear proof containers. They concluded that any increases to services already provided would be cost prohibitive in a year when the City needs to rebuild revenue streams.

Director Rears presented several ideas for memorializing Cody and Shelby Allen including moving forward with one part of the Trails Master Plan which would build a trail connecting Gold Mountain Village and downtown Central. They agreed that if that is the final decision, it should include ways to not only memorialize the fallen fire fighters, but also provide carbon monoxide education to prevent this kind of tragedy from happening again. Another idea was to build a fire-fighter training ground in their name. Chief Gary Allen commented that they would like to see a fire-truck dedication to their names that would be used for events and for distributing carbon monoxide detectors.

The Mayor called for a motion to approve the consent agenda which consisted of the minutes from the January 5 meeting and regular bill lists through January 5. Alderwoman Laratta moved to approve the Consent Agenda and was seconded by Alderman Aiken. The motion passed unanimously.

Council considered passage of one Ordinance during second reading.

Director Rears reviewed Ordinance 21-01 which would give back portions of land along the Central City Parkway to the Robert Young family. This land was originally given to the City on a temporary basis solely for the construction of the Parkway. The land was to be given back to the Young family 90 days after its construction. Since it is slightly more than 90 days since the Parkway has been built, this Ordinance is long overdue.

Mayor Fey opened the public hearing, but no one chose to speak to the Council.

Alderwoman Johnson moved to approve Ordinance 21-01 on its second reading and was seconded by Alderman Aiken. The Ordinance passed unanimously.

The Council considered approval on one change to the Main Street Central City Commission.

Community Development Director Ray Rears introduced a proposal to remove Shelby Ellis from the Main Street Central City Commission due to multiple unexcused absences. There has been no formal resignation submitted from Ellis; however, Ellis verbally indicated plans to resign in the fall of 2020. The Commission’s bylaws allow for three unexcused absences per year and Shelby has missed more than three meetings.

Alderwoman Johnson moved to approve the removal and was seconded by Alderwoman Laratta. The motion passed unanimously.

Miera announced that the Colorado Department of Transportation (CDOT) has approved their Revitalizing Main Streets grant application which will be applied toward the Belvidere Theatre rehabilitation.

Alderwoman Laratta commented she got her first COVID-19 vaccination last week and had no side effects. She is “excited to get her second one. I don’t care if they microchip it or add alien DNA to it.”

Alderwoman Johnson commented that she went to her first I-70 Coalition meeting and learned that they are sponsoring advertising to promote transportation alternatives to get from DIA to the Western Slope, and that Summit and Eagle counties have plans to widen I-70 to three lanes.

Council entered Executive Session at 7:51 pm to discuss the potential lease of City-owned property and instruct negotiators regarding the terms of said lease. The next regular Council Meeting will be Tuesday, February 2, at 7 pm.

END_OF_DOCUMENT_TOKEN_TO_BE_REPLACED

Benefitting the county, schools, and much more By Don Ireland   This year marks the 30th anniversary of casinos opening in the former little mining towns of Black Hawk, Central City and Cripple Creek, Colorado. In those early years, smoking was allowed inside ... END_OF_DOCUMENT_TOKEN_TO_BE_REPLACED

Where the dead get to tell their story By Jaclyn Schrock On Saturday, August 21, the Gilpin Historical Society held their annual Cemetery Crawl. Tickets allowed the shuttle of hundreds of guests from the Teller House parking lot to the Cemetery. Depending on v... END_OF_DOCUMENT_TOKEN_TO_BE_REPLACED