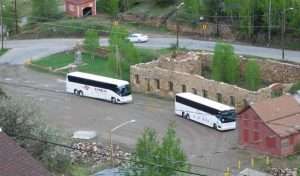 After reciting the Pledge of Allegiance, Mayor Ron Engels asked for any amendments or additions to the agenda or if any agenda items presented a conflict of interest. The Mayor himself stated that two Resolutions are added to the night’s agenda.

Mayor Engels opened the floor to the public for anyone who wished to speak to a topic on that night’s agenda. No one signed up to speak to the Council and no one volunteered to speak who did not sign up.

Director Rears introduced Resolution 16-15 which would approve a professional services agreement with RPI Consulting LLC for work on the City’s Comprehensive Plan. The Plan is used to guide the City toward certain financial, environmental, and development goals. RPIs compensation would not exceed $180,000 for the scope of the agreement which runs from the moment the agreement is signed through July 30, 2017. It is expected that the final draft of the Plan, zoning and code updates, and design guidelines would be completed on or before March 30, 2017. Work sessions about the Plan would start June 29 and are open to the public.

Alderman Voorhies moved to approve Resolution 16-15 and was seconded by Alderman Laratta. The Resolution passed unanimously.

Director Rears next introduced Resolution 16-16 which would memorialize the acquisition of Lot 8, Gold Mountain Village Final Plat, from Clear Creek County and thereby enabling a new access point on the Central City Parkway. Clear Creek Development Association is looking forward to the access point which helped grease the wheels for the deal. The resolution is also the official acceptance of the acquisition.

Alderman Laratta moved to approve Resolution 16-16 and was seconded by Alderman Voorhies. The Resolution passed unanimously.

Public Works Director Hoover introduced Resolution 16-17 which would approve an agreement for paving the access points to the Central City Parkway near the KOA Campground and off of Virginia Canyon Road. It would also include paving of Gregory Street east of Main Street. The Gregory paving would be conducted one one-half of the road at a time thereby impacting the businesses and flow of traffic as little as possible. Director Hoover stated he is trying to get the paving company in there on a Monday and Tuesday and will not allow the project on a weekend.

Alderman Heider moved to approved Resolution 16-17 and was seconded by Alderman Laratta. The Resolution passed unanimously.

Director Hoover remained on the stand to introduce Resolution 16-18 which would approve the guardrail work along the Parkway at the new access points. It would also authorize the Finance Director to approve the deal. The recommended bidder is Ideal Fencing which Hoover has worked with in the past and said “they are the low bidder and they do quality work.” Mayor Engels questioned if the access points could be used by the public without the guardrail. Hoover responded that they could put up barrels and/or cones which should be sufficient until the guardrail is in place.

Alderman Heider moved to approve Resolution 16-18 and was seconded simultaneously by Alderman Laratta and Alderman Aiken. The Resolution passed unanimously.

Resolution 16-14 was tabled at the prior Council Meeting and staff is continuing to work on a bus parking solution for all parties involved prior to reintroducing the Resolution.

Steve Cordrey, operations manager for Ace Express Coaches, addressed the Council. Cordrey stated they have looked for alternatives to parking at the Levitt Street lot. The Greek lot above Central is too steep an incline which would accelerate the wear and tear on the vehicles’ transmissions. Additionally, the route would take them over a section that is not approved for the weight standard of their buses. Should the service use Miner’s Mesa in Black Hawk as a parking area, they would not meet their scheduled times. The alternative would be to have the buses leave from town, drop off at the casinos, and then drive back to town for the break between schedules. This is problematic in that where some of the buses are coming from, it would put the drivers in violation of running times with the Department of Transportation federal rules. Cordrey also stated that parking on dirt is not ideal in that, the noise of a herd of elephants aside, it can wreak havoc on their systems as they buses suck in the dust of the lot when starting up. Cordrey stated that he is in favor of finding a paved lot for parking, but they are still trying to come up with a reasonable solution.

The annual Opera Picnic will be held on Main Street, Monday, June 27 from 5:00 to 9:00 p.m. There will be food, beverages, and entertainment. Community Development Coordinator Ray Rears said that the reason the venue has been changed from the park above Central City to the Main Street is twofold: The Opera wants to show they are still anchored to the Central City even as they broaden their performance venues across the State and the City wants to the embrace the Opera at its core. Although there are concerns about the family nature of the event shifting in favor of adults, it would also include people that would otherwise not come and help broaden the flavor of Central City.

There will be a joint Central City and Gilpin County work session on Tuesday, July 19, at 6:30 p.m. in the City Council Chambers. They will be discussing the Belvidere Theatre and other items of mutual interest.

Alderman Heider commented that she went to the 7 Healing Stars Wellness Festival on Saturday, June 4, 2016, and noted that there were quite a few people there. She stated, “It was really neat to see the old Scarlett’s Casino building open with activity inside.” She also stated that she attended the Gilpin Arts Association grand opening the same day and “it is really a wonderful exhibit. Go buy some art.”

Alderman Voorhies commented that she did the tour of museums on free museum day, June 4, and there were a lot of people. “Really good job to those guys for promoting” the history of Gilpin County, stated Voorhies. She then reminded everyone that Lou Bunch Day with the famous bed racing is upon us, June 18, from noon to 8:00 p.m. “There will be dancing in the street.”

Alderman Laratta commented that “the City looks beautiful and the flowers are coming along with Mary Ann (Bell).” She saved some money by buying smaller blooms, but she is nursing them along.

Mayor Engels opened the floor to the public for anyone who wished to speak to the council on any items not on the agenda. Barbara Thielemann, Main Street Commission Coordinator chose to address the Council. Thielemann stated she recent took a couple shifts in the Visitors’ Center and had the opportunity to read through the guest book. She shared some of the comments and observations she had such as, “Great town,” “Would have liked to spend more time here,” and “Glad they did not destroy the history of the town.” There were 22 countries and 45 states represented by those who signed the visitor’s log.

Visitor to Central City, Robert Swaringen, addressed the Council. Swaringen said his family comes to Colorado regularly and they like to stay at the KOA Campground above Central City. Two years ago, “it was a disaster getting to the KOA,” he commented regarding the incline, curves, and road conditions of Spring Street, Roworth Street, and Virginia Canyon roads. He came to City Hall and talked to a woman “who was not very friendly” about his concerns and said he would not come back. Swaringen then thanked the Council for getting going on a new access point from the Parkway saying “It makes it much safer and nicer for travelers.”

Alderman Heider moved to enter into Executive Session at 7:50 p.m. and was seconded by Alderman Laratta. The motion passed unanimously.

END_OF_DOCUMENT_TOKEN_TO_BE_REPLACED

Benefitting the county, schools, and much more By Don Ireland   This year marks the 30th anniversary of casinos opening in the former little mining towns of Black Hawk, Central City and Cripple Creek, Colorado. In those early years, smoking was allowed inside ... END_OF_DOCUMENT_TOKEN_TO_BE_REPLACED

Where the dead get to tell their story By Jaclyn Schrock On Saturday, August 21, the Gilpin Historical Society held their annual Cemetery Crawl. Tickets allowed the shuttle of hundreds of guests from the Teller House parking lot to the Cemetery. Depending on v... END_OF_DOCUMENT_TOKEN_TO_BE_REPLACED