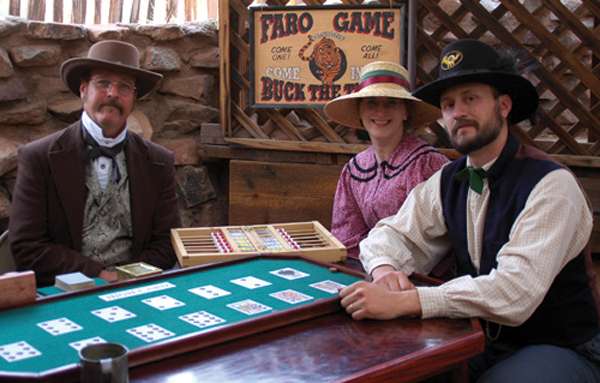 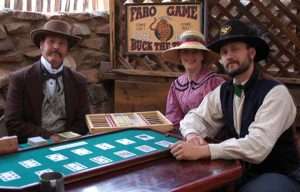 Council met with Staff for a work session to discuss the Sale and Use Tax code revisions as proposed by Ordinance 20-13. Much of the discussion centered around the taxation of complimentary meals, drinks, and rooms by the casinos and how the value of each item is calculated. For comparison, the City of Black Hawk exempts complimentary rooms from taxation. The second reading of Ordinance 20-13 which includes a public forum will be on Tuesday, December 15.

Mayor Fey led the Pledge of Allegiance and then asked for any amendments or additions to the evening’s agenda. An executive session was added to the agenda for the end of the meeting.

The Mayor called for a motion to approve the consent agenda which consisted of the minutes from the November 17 meeting and regular bill lists through November 17.

Mayor Fey opened the floor to the public for anyone who wished to speak to a topic on the night’s agenda.

No one chose to speak to Council.

Council considered action on five Resolutions, the first reading of one Ordinance, and heard annual reports from three organizations.

Main Street Liaison Lisa Roemhildt introduced Resolution 20-43 which would approve the Trails Master Plan. Part of the funding comes from a Great Outdoors Colorado (GOCO) grant.  The adoption of the Plan does not guarantee all projects would be pursued, rather this provides a blueprint and desire for projects outlined in the plan. Some of the projects include connecting to the Maryland Mountain Trail system, hiking and biking trail along the Colorado and Southern Railroad bed, and connecting Gold Mountain Village with both downtown Central City and to Virginia Canyon and the Clear Creek Greenway. The Trails Master Plan is available on the Central City Government website for public viewing.

Alderwoman Laratta moved to approve Resolution 20-43 and was seconded by Alderwoman Johnson. Alderwoman Laratta commented that she is very nervous about the possibility of the businesses shutting down again and having no money for any of these projects. Alderman Aiken stated he is in favor of some “low-hanging fruit” projects (Trails projects that would be easy to complete and little to no cost) and holding off on some of the bigger projects. The Resolution passed four to one with Alderwoman Laratta voting against.

Manager Miera introduced Resolution 20-44 which would extend the declaration of emergency through Wednesday December 16, 2020.

Alderwoman Laratta moved to approve Resolution 20-44 and was seconded by Alderman Aiken. The Resolution passed unanimously.

Manager Daniel Miera introduced Resolution 20-45 which would adopt and appropriate the 2021 Budget, the Five-Year Capital Improvement Plan, the Central City Business Improvement District 2021 Operating Plan and Budget, and set a property tax mill levy for 2021. The 2021 Budget has been available on the Central City Government website for public review and will continue to be available. The City saw a decrease in revenues of 47 percent, but thanks to aggressive budget controls and the successful application of grants, the 2021 Budget end balance of the General Fund represents a projected increase of $4,108 over the beginning balance of 2020. Manager Miera publicly thanked his staff for accepting the necessary changes this year and making them work.

Alderwoman Laratta commented that she was very worried over what the Budget was going to look like, but now she feels “so much better” and said, “It’s amazing how you pulled this off.” Alderman Aiken said to Manager Miera, “I’m glad you’re here.” Alderwoman Johnson commented that she is “mind blown.” Alderman Hidahl stated that the budget is one of the most monumental tasks of the Manager and “this is a quite a thumbnail.” He added that they should call special attention to the Budget on the website. Hidahl suggested that they could reduce the budget for the Belvidere Theatre to $75,000, just enough to prevent the building from deteriorating (they can increase funding later), and move the $25,000 difference to develop preservation incentives as twenty-five $1,000 grants (must be matching) for historic residential structures. Mayor Fey commented he would like the funding pool to be larger and accessible to people who could not normally afford the match of $1,000.

All in on Unlimited Gaming

Attorney McAskin introduced Resolution 20-46 which would authorize the approved changes to gaming by Amendment 77. This Resolution is necessary with the passage of Ordinance 20-14. Amendment 77 does not take effect until May 1, 2021.

Alderwoman Laratta moved to approve Resolution 20-46 adding Pharaoh to the list of approved games and was seconded by Alderman Aiken. The Resolution passed unanimously.

Director Rears introduced Resolution 20-47 which would ratify the Planning and Zoning Commission’s approval of the City’s 2020 Comprehensive Plan. This Plan can be found on the City’s website. The Comprehensive Plan is the blueprint for land use in the City and Alderman Hidahl commented that it does not get the attention it deserves.

Alderwoman Laratta moved to approve Resolution 20-47 and was seconded by Alderman Aiken. The Resolution passed unanimously.

Attorney McAskin introduced Ordinance 20-14 which would add a new Article VIII to the Municipal Code regarding limited gaming to implement the statewide and local voter approval of Amendment 77. The Amendment added new types of games (Baccarat, Tiger Split, Live Keno, Bingo, Casino War, Double Ball Roulette, and others) and removed $100 limits on bets. Amendment 77 does not take effect until May 1, 2021. Alderman Hidahl suggested they add Faro aka Pharaoh to the list of allowable games in Central City as it is a historic game “that won the west.” If Central City was the only city that had Pharaoh, he believes it would give them an advantage. Attorney McAskin stated that Council would change Resolution 20-46 as the Resolution lists the specific games approved for the City of Central.

Alderwoman Laratta moved to approve the first reading of Ordinance 20-14 and set the public forum and second reading for Tuesday, December 15, 2020 and was seconded by Alderman Aiken. The motion passed unanimously.

Community Coordinator Zeke Keeler presented a report on tourism marketing in 2020. Ryan Burke from Slate Communications also addressed the Council regarding the marketing efforts put forth thanks to a Colorado Tourism grant.

Alderman Aiken commented that there is a section on Pine Street that ices over when the snow starts melting creating a hazard. He asked if they could at least put some traffic cones out there to alert pedestrians especially that the section is hazardous.

Sheriff Armstrong reported on COVID cases and he said they have not had a meeting this week, but Gilpin has had its first death. Director Rears reported they have 87 cases.

Alderwoman Laratta commented that she was happy they had a good Thanksgiving. She then said, “We defunded our police department years ago” and explained that they reallocated funds from a dysfunctional department to the very capable Sheriff’s department. “That’s how we do it in Central City.”

Mayor Fey stated that the town looks very nice and “is feeling really festive.” Fey then gave kudos to Alderman Hidahl and said, “You’re going to be missed.”

Mayor Fey opened the public forum for any topics they wish to bring up and no one took him up on the offer.

Council entered Executive Session at 9:09 pm to discuss personnel matters for which the employee has consented. The next regular Council Meeting will be Tuesday, December 15, 2020. 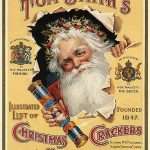 Santa Claus is coming to town
Next Article 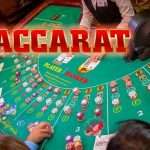