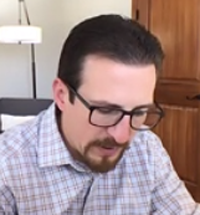 Bottom line – City must re-open before it’s too late

Central City Council met for a work session on Tuesday, April 28, 2020, at 2:00 pm via Zoom.   The purpose for the meeting was to “come to the table” (Fey) with representatives from the casinos, the dispensaries, the restaurants, and the retailers regarding impacts of the COVID-19 pandemic and to develop strategies for the future. Mayor Fey opened the meeting with a statement imploring the residents and businesses of the community to work together to “ensure the City can reopen as soon as possible.”

City Manager Miera reported that the General Fund is projecting a loss of about $3 million, March revenues came in less than 50% of the original budgeted revenue, and that in the past six weeks, the budgeted reserves have reduced by more than $1 million. Staff have cut several expenditures in the Budget, mainly capital improvements, to reflect the reduction in revenue. Mayor Fey said, “The City has to make some tough decisions moving forward,” which is why he invited as many stakeholders as possible to the meeting today.

Joe from RMO Dispensary (assumed to be Joseph Licata, Manager of RMO) asked for a break on taxes from the City. The state taxes have been deferred. Manager Miera responded that the taxes collected by the retailer are not income, but are being collected on the City’s behalf. Alderwoman Johnson asked if they have had to let any employees go or reduce hours. Joe responded that they have not let anyone go, but they have had to reduce hours. Alderwoman Laratta commented that Green Grass has had to let a couple people go. She also stated that many of their customers come in without masks and wondered if there should be a mask mandate. Joe commented that their staff is required to wear masks, but their patrons are not required. Mayor Fey stated that the Council will consider if the City can afford to temporarily reduce the tax percentage collected.

Mayor Fey reported that regarding casino device fees, the City has only received March device fees from one casino; Dostal Alley. Roger Brown, General Manager of GF Gaming (Famous Bonanza and Easy Street casinos) reported that their casinos submitted device fees from the beginning of March and were waiting to see what changes may be passed before paying the remainder of March. Jeff Hentschel, Marketing Manager of GF Gaming, added “We have submitted payments for the first two weeks of March. Where we stand is that we as an industry have not received much help from anyone. Any breaks or waivers or incentives we can get would be very beneficial. We have zero revenue coming in and doing our best to keep paying benefits for our employees.” They have seven essential employees that are continuing to work and get paid at half of their normal rate. GF Gaming is continuing to pay benefits (health insurance, retirement, etc.) for their furloughed employees.

Dodd Hanneman, General Manager of Johnny Z’s Casino suggested, “We should not have to pay device fees on games that are turned off.” He encouraged the CEO’s of the casinos to share their factual or anecdotal numbers on the impact of the pandemic and the expected impact as the year goes on.

Alderman Aiken stated that he looks at the current crises “as our rockslide” (referring to the rockslide in 2013 that closed the Central City Parkway) and “we weathered the storm.” He offered his opinion that, “We need to help them out and waive device fees for April and May.”

Alderwoman Laratta agreed. “I would be willing to work for the City for nothing, because I love the City, and without the casinos, our City would not be here.” Laratta later commented on reopening the casinos saying, “If everyone were wearing a mask, I would go in.” She commented she is an avid gambler and “miss the casinos dearly.” She said she is anxious to get them open.

Alderwoman Johnson commented that she has talked to several employees that have been laid off. “Who is going to be helping the individuals that have been laid off and not guaranteed jobs; not all have received unemployment or stimulus checks? If we waive our fees, how do we pay our employees? How do we pay for ice slicer for next winter? Zero money coming in means we go into the negative. What is the City supposed to do? There are so many questions that need to be answered.”

Mayor Fey next introduced Kyle Henderson, Executive VP of lending of FirstBank, who reviewed in general terms some options of loans and deferral programs available to small businesses. A link or document will be posted on the City’s website for more information.

Mary Laffey, manager of Golden Rose Antiques on Eureka, posed the question, “When retail shops can reopen, will the City give them guidelines on what they should require their customers to have regarding protective wear or is it up to us?” She also inquired about the Central City Opera. Mayor Fey responded, “I would default right now that retail shops not open before the end of the “Stay at Home” order on May 8. He also said that there have been no decisions announced regarding the Central City Opera, but he sits on the board and if there are any decisions made in the next board meeting, he will be sure to announce them.

Deb Wray, president of Gilpin History, first said, “Thank you to all the Sheriff Deputy’s going up to the road entrances that are closed; the Sheriff’s Office has been proactive in helping people who have been stuck up there and responding to accidents.” She then asked about the museum and whether that would be included in the soft re-open. Mayor Fey responded that he was not sure, but he believes museums and galleries fall under non-essential businesses and would not open with retail establishments.

Mayor Fey stated that he believes if the City were to create a re-open plan that grabs the Governor’s attention, they could open sooner rather than later. He does not know what that is, but hypothesized mandating masks might be a piece of it. Alderman Hidahl commented, “I know that Marcus (City Attorney McAskin) has looked into exactly what authority the County has to enforce laws within the City. I’d like to get that answer from the City Attorney. I think testing is the thing we can do to get the governor’s attention and might provide an incentive for people to come here. I like Judy’s idea of Masks City, but it requires additional thought.” Assistant City Attorney McCormick responded that she wasn’t sure what Attorney McAskin discovered, but she would inquire.

Mayor Fey adjourned the meeting at 4:10 pm. The next regular meeting will be Tuesday, May 5th, 2020, beginning at 2:00 pm via Zoom. A link and phone number can be found on the City’s website.

END_OF_DOCUMENT_TOKEN_TO_BE_REPLACED

Where the dead get to tell their story By Jaclyn Schrock On Saturday, August 21, the Gilpin Historical Society held their annual Cemetery Crawl. Tickets allowed the shuttle of hundreds of guests from the Teller House parking lot to the Cemetery. Depending on v... END_OF_DOCUMENT_TOKEN_TO_BE_REPLACED

Benefitting the county, schools, and much more By Don Ireland   This year marks the 30th anniversary of casinos opening in the former little mining towns of Black Hawk, Central City and Cripple Creek, Colorado. In those early years, smoking was allowed inside ... END_OF_DOCUMENT_TOKEN_TO_BE_REPLACED