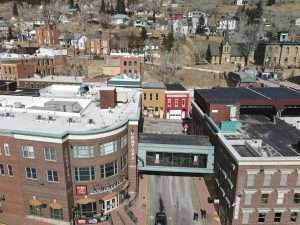 Council Gets Schooled on Sales and Use Tax

Council met with Staff for a work session prior to the regular meeting. The topics of discussion were Sales and Use Tax transactions and a goal-setting discussion.

City Manager Miera supplied an exhaustive explanation of Sales and Use Tax regarding complimentary items for the first 41 minutes of the work session attempting to justify the City collecting taxes on every comped item the casinos give out. The City is legally able to and has precedent from other cities to collect use taxes on comped items. Mayor Fey proposed that the City give the businesses a “nine-month holiday” on these taxes, from April to December 2021; “They just went through a terrible year,” he said. Fey believes that having no tax on comps would incentivize the casinos to give out more comps and attract more customers. He testified that he went to one casino over the weekend and was told he could not earn any comps, so he went to another casino that did offer them. Alderwoman Laratta agreed.

The discussion on Sales and Use tax lasted the entire hour and Manager Miera proposed to review the goal setting during Staff Updates.

Mayor Fey led the Pledge of Allegiance and then asked for any amendments or additions to the evening’s agenda. City Attorney Marcus McAskin amended the Executive Session to not discuss one item.

The Mayor called for a motion to approve the consent agenda which consisted of the minutes from the February 16 meeting and regular bill lists through February 24. Alderwoman Laratta moved to approve the Consent Agenda and was seconded by Alderman Aiken. The motion passed unanimously.

Council reviewed applications to the Main Street Central City Commission from Ron Engels and Shirley Voorhies. Mayor Fey commented that both names are very familiar and would be good additions. Alderwoman Laratta also voiced her support.

Alderwoman Laratta moved to approve Ron Engels to the Main Street Central City Commission and Shirley Voorhies as alternate and was seconded by Alderwoman Tinucci. The motion passed unanimously.

Manager Miera commented that they want to set up a goal-setting meeting via Zoom with Council.

Alderman Aiken asked Sheriff Armstrong about the policy restricting warrants for certain people. Sheriff Armstrong responded that they have restricted certain warrants so that jail capacity could stay at levels that can control the spread of the Covid-19 virus. He mentioned that Weld County was successfully sued by the ACLU for overcrowding. Some felons are going into the jail, but crimes against property are not being jailed.

Alderwoman Tinucci commented that she was walking around town and noted that the City seems really clean, from the sidewalks, to the streets, to the storefronts.

Mayor Fey publicly thanked his family for supporting him and enabling him to serve the City.

Dana Laratta, from Littleton, Colorado addressed council and commented that any of the casinos would welcome what was discussed in the work session (the nine-month tax holiday). He then added that he doesn’t believe any of the casinos would want the City to overreach by reducing their tax revenue. He then warned that he thinks any change to hotel comps would “trigger a TABOR concern.” (Tax Payer Bill of Rights)

Joe Behm, Director of the Business Improvement District complemented the Council on the “great” job they are doing. He then suggested that they all read a book called “The Giving Tree.”

Council entered Executive Session at 7:53 pm to determine positions relative to the potential lease of city-owned property for a wireless telecommunications facility. The next regular Council Meeting will be Tuesday, March 16, 2021.

END_OF_DOCUMENT_TOKEN_TO_BE_REPLACED

Benefitting the county, schools, and much more By Don Ireland   This year marks the 30th anniversary of casinos opening in the former little mining towns of Black Hawk, Central City and Cripple Creek, Colorado. In those early years, smoking was allowed inside ... END_OF_DOCUMENT_TOKEN_TO_BE_REPLACED

Benefitting the county, schools, and much more By Don Ireland   This year marks the 30th anniversary of casinos opening in the former little mining towns of Black Hawk, Central City and Cripple Creek, Colorado. In those early years, smoking was allowed inside ... END_OF_DOCUMENT_TOKEN_TO_BE_REPLACED