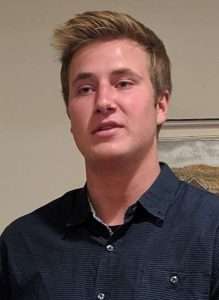 Central City Council met with Staff for a Work Session at 6:30 p.m. on Tuesday, July 2, 2019. Director Rears gave a presentation on the CU Denver Hometown Colorado Initiative. The initiative is a program originally created in Oregon that creates a partnership with a municipality to allow fourth-year students to practice what they have learned on projects of the municipalities choosing.CU Denver has previously partnered with Lakewood for five projects and Arvada for 17 projects; ranging from GPS mapping to urban farming to parking studies. Central City would pay for two classes at a cost of $10,000 which would include a trails plan and the restoration of the Med building off Pine Street. The council debated the worth of starting with the Med building which is owned by the Central City Opera. Alderwoman Laratta said her preference would be to focus on a City owned building; however, they ultimately agreed to start with the Med building as originally planned.

Mayor Fey led the Pledge of Allegiance then skipped additions or amendments to the agenda instead asking if there were any conflicts of interest. There were no conflicts expressed.

The Mayor called for a motion to approve the consent agenda which consisted of the minutes from the June 4 meeting and regular bill lists through June 12 and to ratify the approval for HR 19-02 regarding the ore bin roof enclosure at 431 Gregory Street. Mayor Fey questioned an expense of $2,538 to Complete Business Systems of Colorado Inc. for the copier and stated, “My wife made me clean my room the other day and I threw out a lot of paper. I wonder if there is a way for the City to get greener?” Manager Miera responded that the City leased a new copier and had some time left on the contract of the old one, so the expense represents overlapping contracts. Mayor Fey also asked, “What was the project we had with Ren Goltra that got cancelled,” referring to a $4,939 expense to Ren Goltra with a description “project terminated – balance of escrow.” Manager Miera explained that they were holding in escrow funding for a project regarding the Big-T Parking Lot, but the project was scrapped. Alderwoman Laratta moved to approve the Consent Agenda and was seconded by Alderman Aiken. The motion passed unanimously.

Mayor Fey opened the floor to the public for anyone who wished to speak to a topic on the agenda. One person chose to speak to Council.

Executive Director of the Business Improvement District (BID) Joe Behm pushed for a time extension for the Night of Good Fortune sponsored by GF Gaming. “The Night of Good Fortune is a great event and is very well run; extremely professional,” said Behm. He then urged council to “take a good look” at an executive session item regarding correspondence from legal counsel for the Central City BID, “Because it could be a real Kum Ba Yah moment with the City and the Bondholders.”

Back to Boulder Boulter

Manager Miera introduced a request for approval in the Promise Program by Austin Boulter. The Promise Program awards a $5,000 annual scholarship to residents of Central City for post-secondary education. This is Austin Boulter’s second year at CU Boulder as he works toward a bachelor’s degree in Business Administration. During his freshman year, Boulter joined a service-oriented fraternity, Alpha Kappa Lambda, which participates in several community-based projects. Austin told Council that his involvement in the Central City’s Clean-Up day led him to continue to look for community projects. “I am grateful for the scholarship to pursue the things I enjoy,” stated Boulder. Alderwoman Johnson remarked, “You have very good grades; kudos to you.” Alderman Aiken moved to approved awarding the Promise Program scholarship to Austin Boulter and was seconded by Alderwoman Johnson. The motion passed unanimously.

Council next considered a petition to extend the event time of A Night of Good Fortune to 11:00 p.m. on August 10. Jeff Hentschel, owner and marketing manager of GF Gaming Corporation, addressed the Council saying he wants the extension as a precaution. “All the live music is scheduled to end at 10:00 p.m., but weather or tech issues may push the time back.” There will be three bands and several food vendors. Alderman Hidahl commented, “I am ignorant,” of the event since “It’s not on the city events calendar.” Hentschel explained this is the fourth annual event and is a Spanish themed event offering cheap food, cheap beer, and entertainment. There is a market of gamblers that come up once or twice per year and do not get comps or other benefits, so GF Gaming sponsors this event to thank them for their patronage. Alderman Hidahl replied, “My only critique is to say we get a lot of people here during the summer months and it would be great to have an event like this in the spring or fall.” Hentschel responded that since this is an outdoor event, they target the summer months with the most predictable weather patterns. Alderman Aiken moved to approve the extension of time to 11:00 p.m. and was seconded by Alderwoman Laratta. The motion passed unanimously.

Director Rears introduced Resolution 19-16 which would support the University of Colorado Denver’s Hometown Colorado Initiative and approve a services agreement for two classes which would be focused on Central City projects and conducted in the fall of 2019. A work session prior to the meeting reviewed the projects. Alderman Aiken commented that this expense was not in the budget for 2019 and asked from where the funding would be pulled. Manager Miera replied that there are two budget lines that make the most sense; one is the Parks and Rec line item which includes money for engineering and project planning; also, the Executive Budget for Development Incentives. Alderman Aiken moved to approve Resolution 19-16 and was seconded by Alderwoman Johnson. The Resolution passed four to one with Laratta voting against. Laratta made dissenting comments previously during the work session.

Manager Miera informed Council that one of the city buildings has been cited with a code violation warning – the Belvidere Theatre. Officer Lindsey Flewelling reported that the City should be held to the same standards that they hold the other commercial property owners, which is why she issued a warning. Alderwoman Laratta appeared excited and exclaimed, “I think there is no reason to delay the painting and façade of the Belvidere. We have already fixed things people cannot see (inside). It is at the entrance of the City and it makes us look bankrupt. If we never do anything else with it; it could look decent empty. Please join me in the effort to give staff direction to make this building look decent.” Alderwoman Johnson asked about the nature of the warning and Manager Miera said they were warned for the minimum maintenance section of the City Code to address the façade, remove refuse, and stabilize the stairs. Alderman Hidahl said, “I think we need a scope of work, so we can get bids.” Council directed staff to get started on a scope of work. There is no fine associated with a warning, but a violation could cost as much as $150 per day of the violation.

Council made several comments regarding a safe Fourth of July celebration and the closure of Casey Street during the fireworks.

Council moved to enter Executive Session at 8:19 p.m. to discuss specific questions and instruct negotiators concerning pending water rights cases; to ask questions related to correspondence from counsel for the Central City BID; and to determine positions relative to matters regarding proposed amendments to the 1999 Growth IGA.

The next regular Council Meeting will be Tuesday, July 16, 2019.

END_OF_DOCUMENT_TOKEN_TO_BE_REPLACED

Where the dead get to tell their story By Jaclyn Schrock On Saturday, August 21, the Gilpin Historical Society held their annual Cemetery Crawl. Tickets allowed the shuttle of hundreds of guests from the Teller House parking lot to the Cemetery. Depending on v... END_OF_DOCUMENT_TOKEN_TO_BE_REPLACED