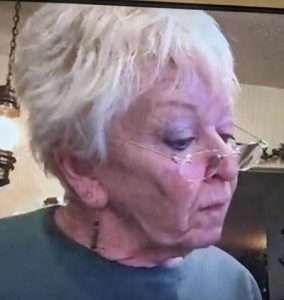 Mayor Fey led the Pledge of Allegiance (sharing a still picture of an American flag) and then asked for any amendments or additions to the evening’s agenda. An item was added to Staff Updates to discuss device fees.

The Mayor called for a motion to approve the consent agenda which consisted of the minutes from the March 17 and March 24 meetings, and regular bill lists through March 23. Assistant Attorney Lori Strand recommended two alterations to the minutes. Alderwoman Laratta moved to approve the Consent Agenda and was seconded by Alderwoman Johnson. The motion passed unanimously.

Mayor Fey opened the floor to the public for anyone who wished to speak to a topic on the agenda. No one chose to address the Council.

Ganja Delivery at Your Service

Mayor Fey commented that he would like to wait until Alderman Aiken would be able to join the meeting before a motion since Fey believed the Council would be deadlocked without his vote. Attorney McAskin recommended a motion to amend the agenda to delay this Ordinance and Ordinance 20-05 and 20-06 which are related, to the end of the meeting. Alderwoman Laratta moved to amend the agenda to delay action on these Ordinances and was seconded by Alderwoman Johnson. The motion passed unanimously. Then Alderman Aiken was finally able to join the meeting, so without further comment, a motion was called.

Alderwoman Laratta moved to approve Ordinance 20-04 and was seconded by Alderwoman Johnson. The Ordinance passed four to one with Alderman Hidahl voting against.

Assistant City Attorney Strand reviewed the second reading of Ordinance 20-05 which would repeal and reenact Article IX of Chapter 6 of the Municipal Code to implement new licensing system for marijuana hospitality, retail, and sales businesses.

An approved hospitality business can be hospitality only, or hospitality and sales. A hospitality only business allows patrons to consume marijuana that they bring to the site themselves and no sales of marijuana are allowed. The license can be mobile which can include a tour bus; however the license must be attached to a physical location leased or owned by the license holder. In contrast, the hospitality sales site allows patrons to only consume what is purchased on that site; they may not bring their own product; and this does not allow mobile licensing. Both types of facilities must follow the same restrictions set by the State government which includes patrons may not consume alcohol and they may not consume tobacco or vape products other than marijuana. Outdoor consumption is prohibited, and the consumption area must be separated from any retail food operation.

Alderwoman Laratta moved to approve Ordinance 20-05 and was seconded by Alderman Aiken. The Ordinance passed three to two with Alderman Hidahl and Alderwoman Johnson voting against.

Assistant City Attorney Strand reviewed the second reading of Ordinance 20-06 which would amend Chapter 16 of the Municipal Code to implement new marijuana land use regulations. The development and cultivation of marijuana is limited to industrial zoned areas of the City; there are currently no areas zoned for industrial use.

Mayor Fey opened the public forum and no one chose to address council.

Alderwoman Laratta moved to approve Ordinance 20-06 and was seconded by Alderman Aiken. The Ordinance passed three to two with Alderman Hidahl and Alderwoman Johnson voting against.

Director Rears reviewed the second reading of Ordinance 20-07 which would amend Chapter 16 of the Municipal Code to allow and regulate multi-use recreational trails as a conditional use under the development code. The language of the Ordinance was amended per commentary from the first reading, but the amended language did not seem proper and Alderman Hidahl agreed to have the language revert to its original form.

Alderwoman Laratta moved to approve Ordinance 20-07 and was seconded by Alderwoman Johnson. The Ordinance passed unanimously.

Attorney McAskin introduced Resolution 20-13 which would approve the use of electronic consent for signatures on Ordinance, Resolutions, Contracts and other instruments requiring signature by City officials. This Resolution has no end date and electronic consent could be used after the COVID-19 crisis ends. Mayor Fey commented he would like to add a contingency related to the length of the crisis. Manager Miera recommended that they tie it to any emergency so that a new Resolution would not have to be approved for each disaster.

Alderwoman Laratta moved to approve Resolution 20-13 and was seconded by Alderwoman Johnson. The motion passed unanimously.

Manager Miera introduced Resolution 20-14 which would extend the local emergency disaster declaration through May 5, 2020 which coincides with the first regular meeting of Council in May. The current declaration expires April 8. Mayor Fey requested they extend the declaration only through the next meeting, April 21, instead of May as he wants to get the City up and running as quickly as possible once restrictions are removed. Council agreed to amend the Resolution to extend declaration through April 22.

Alderwoman Laratta moved to approve Resolution 20-14 as amended and was seconded by Alderwoman Johnson. The motion passed unanimously.

Manager Miera reported on typical device fee revenue in comparison to projected device fees due to the casino closures during this crisis. He treated them with an in-depth education on how device fees are calculated and collected and the potential impact or possible actions the City could take.

Alderwoman Laratta suggested the City waive device fees instead of deferring them to support the casinos.

Alderwoman Johnson commented that the City should be proactive in supporting the laid off employees.

Alderman Aiken mentioned that many casino employees do not live in Central City. He also suggested that casinos would be okay paying deferred fees over a period of several months. “I think this whole thing is a huge financial mess.”

Mayor Fey stated he concurred, but did not distinguish between agreement with waiving fees or deferring fees.

The Council will have an amended budget to review and approve at a future meeting.

Alderwoman Laratta commented she hopes everybody acts like they have COVID-19. “Please wear masks, and please stay home.”

Mayor Fey commented there is not a member of Central City Council or Staff that is opposed to the Tincup Whiskey development. The Mayor began to comment on the background of the Tincup proposal to the City, but was halted by Attorney McAskin as the City has filed a complaint saying the agreement with Black Hawk is in violation of their IGA.

The second Public Forum was skipped.

Council moved to recess at 4:15 pm and to reconvene for Executive Session at 4:45 pm for legal advice on Colorado Revised Statues and for the potential lease of City owned property for a telecommunications facility. The next regular Council Meeting will be Tuesday, April 21, 2020.

END_OF_DOCUMENT_TOKEN_TO_BE_REPLACED

Benefitting the county, schools, and much more By Don Ireland   This year marks the 30th anniversary of casinos opening in the former little mining towns of Black Hawk, Central City and Cripple Creek, Colorado. In those early years, smoking was allowed inside ... END_OF_DOCUMENT_TOKEN_TO_BE_REPLACED